Sony to Remove “Install Other OS” Option on PS3

Well, it looks like it’s time to add yet another entry onto the pile of how companies hurt legit consumers just to strike back at hackers. You might recall that back in January, we reported that self-proclaimed PS3 hacker, George Hotz, circumvented certain securities on the console and released a patch for people to take things just a bit further.

As far as I’m aware, not much can be done with the patch as it stands, but it’s unfortunately only a matter of time before something becomes of it. I say unfortunately because a patch like this isn’t out there to improve a legit consumer’s experience, but rather to hack the console in order to play pirated games. I still find it rather impressive that it took so long for the PS3 to go un-hacked, so at least that’s an impressive piece to the story.

If this patch didn’t exist, it’s doubtful that Sony would have changed its stance on the “Install Other OS” option, but because it’s out there, the situation has changed. Because the patch is being applied with Linux, which can be installed with that feature, Sony has opted to remove the ability to do so with the next firmware update (to be released this Thursday). That means that going forward, owners of a PS3 with this option will no longer be able to run an alternate OS on their console.

This is obviously a huge blow to anyone who actually took advantage of the feature, because after the next firmware update, their alternate OS will be purged. I admit that this feature was one of the reasons I felt so compelled to purchase a PS3 right after its launch. I didn’t need Linux on the console, but I knew I’d have a lot of fun just experimenting and seeing what could be done.

For those who don’t think this is a big deal, one of the best things to do with the installed Linux was to install game emulators, and then use the PS3 controller to play them. With that ability, you could essentially have hundreds, if not thousands, of games ripe for your perusal. None of this is even taking schools and other organizations which have purchased PS3’s for the sole purpose of running them as super computers. It can be assumed that no one using a PS3 for that purpose will update with the latest firmware, but this does completely rid out the chance of other people in the future from taking advantage of it.

Sony claims that it’s removing the “Install Other OS” feature due to security concerns, but the company obviously means its security, not ours. This has everything to do with piracy, and from that aspect, I am having a very hard time in going against Sony, because it is something that could affect the company’s revenue. Once again, Crackers/Hackers – 1, Legit Consumers – 0. 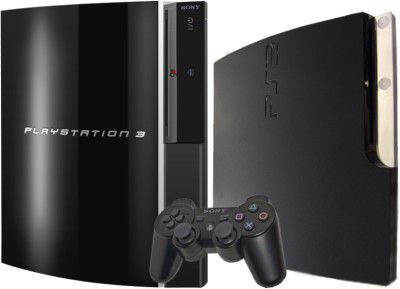 The next system software update for the PlayStation 3 (PS3) system will be released on April 1, 2010 (JST), and will disable the “Install Other OS” feature that was available on the PS3 systems prior to the current slimmer models, launched in September 2009. This feature enabled users to install an operating system, but due to security concerns, Sony Computer Entertainment will remove the functionality through the 3.21 system software update.