With COVID-19 forcing so many of us to self-isolate, it was inevitable that the world’s networks would take a good beating, and start setting some new records. One service that has been enjoying some extra load is Steam, which has been setting multiple records for itself over the course of the past month. Today, a new record was set, of over 23 million concurrent users. That follows up on the previous record of 22 million, set just last week. 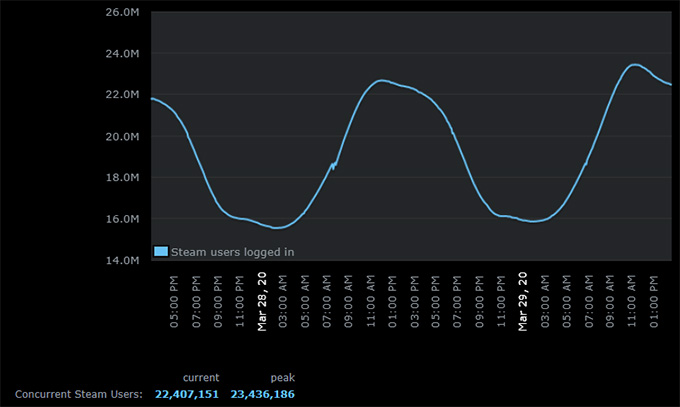 According to the concurrent user chart, the peak number hit 23.4M today. Given the momentum seen the past couple of weeks, 24M doesn’t seem unrealistic, and neither does 25M. One side-effect from this pandemic could be that neglected games may get some long overdue attention. Many of us have Steam accounts loaded with games we may have not ever opened, so now might be the right time to dust them off! 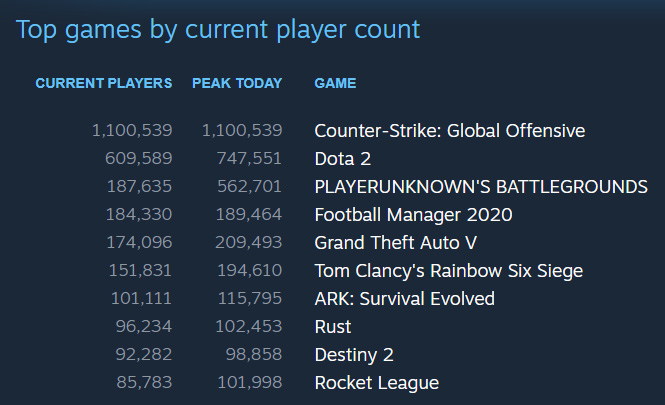 When we look at the top ten most popular games on Steam, we can see that a handful of games make up a good chunk of the overall number. Counter-Strike: Global Offensive continues to receive amazing support from the community, and has peaked at a staggering 1.1 million players today. Dota 2 slides in behind with ~750K, while PUBG hits third place with 560K. The rest of the top ten hover between 100~200K concurrent players.

Steam doesn’t seem to have a special sale going on right now to ease our isolation, but there are still general sales to peruse here.

Anyone have any guesses on when 25 million concurrent users will be hit?