With a new update set to drop in a couple of weeks, Valve is going to be adding online support for any multiplayer game that’s tagged as local co-op, local multiplayer, or split-screen. The best part? Only one person needs to own the game, but with the caveat that the same person also needs to have a great internet connection, since it’s streaming technology we’re dealing with here.

Games that support multiplayer but not online multiplayer have become rare, but they still exist. More than anything, there are games that may have once supported online play, and no longer do, due to the official servers having been shut down. With Remote Play Together, you must be fine with sharing a screen, because that’s ultimately what’s being supported here. While it’d be really cool if friends could download a native game and play that with you for free during that session, that might be asking too much. 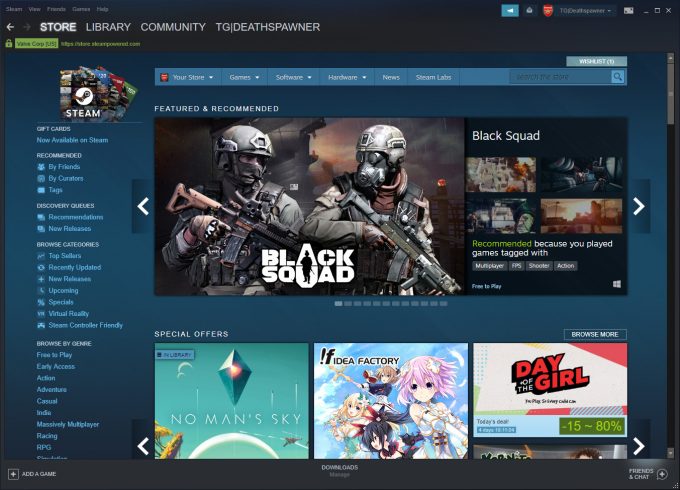 Because streaming is involved, it means that there’s naturally going to be more latency for anyone who chooses to join you, but if you have a fast internet connection, and your connected friends are not geographically that far away, the performance should be pretty good. Valve says you will be able to get by with 10~30Mbps connections, but if that happens to also be the peak, then it means anyone else using the network (even for things like Netflix) will likely interfere.

Once this feature is available, you can simply load your game, and then send invites through the overlay. Inviting friends this way is effectively like handing them a second (or third, fourth) controller. At the moment, this “Remote Play Together” feature is going to support up to 4 players, but Valve doesn’t rule out the possibility of supporting even more down the road – at least for those who have an internet connection capable of providing smooth gameplay for everyone.

Valve is selling this feature on being easy-to-use, which is pretty much expected at this point since the Remote Play feature already works really well. Even if this feature doesn’t find much use in your house, it’s nice to see Valve starting to churn out useful features at a quicker pace, nonetheless.