Synology has become synonymous with network storage over the years. Its NAS units are some of the best in the industry, scaling from small, home-use, simple disk caddies for network storage, up to large, multi-rack enterprise storage management systems. What really set them apart was the software stack, and building one of the best NAS operating systems going.

Over the course of a few years, NASes went from dumb file servers on networks, to multi-server storage solutions that can handle nearly any kind of workload. Media management and video server, local github, WordPress website, DNS/DHCP server, FTP, personal cloud, the list goes on and on. However, just over a year ago no, Synology built something that was both familiar and new, it took the storage element out of its NASes and tacked on Wi-Fi, creating its very first router; the RT1900ac.

Greg reviewed the router and came away impressed, as it was what we expected; A fairly typical router, but with Synology’s software bolted on to make it a very friendly router to setup and manage. Synology have since released a second, more powerful router, the RT2600ac, which we have a review coming up later.

Both the RT1900ac and RT2600ac routers are going up on sale for a limited time from a number of online retailers, which include Amazon, Newegg, and B&H. The flagship RT2600ac has had $30 knocked off its price, bringing it down to $210, while the RT1900ac has been dropped down to $123. Part of the lure of these routers isn’t just Synology’s software, it’s also the very regular security updates, and plugins such as intrusion detection and packet management that can be bolted on. Those updates are almost worth their weight in gold, as most routers these days get one or two firmware updates and then quickly forgotten. 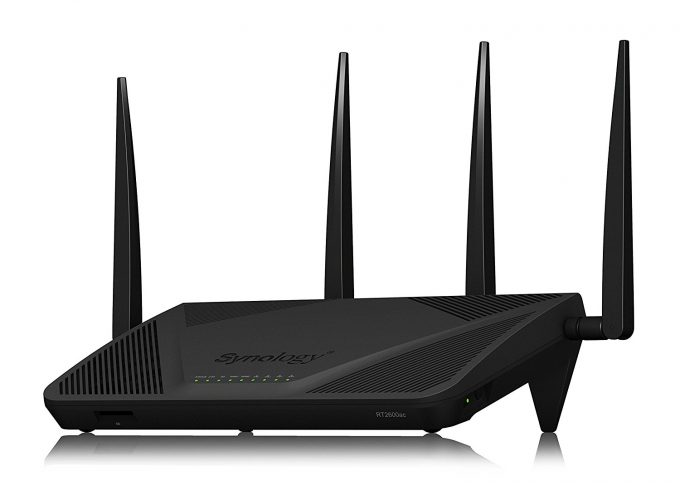 In other news, there are a number of Synology conventions on tour over the next couple of months. While most of the big reveals from companies happen at huge conventions like CES and Computex, some companies are big enough to hold their own conventions, Synology being one of them. It will be holding open days for visitors and business partners, where people are free to register and head on over to their local event.

Going by previous events, these conventions are a good place to learn about upcoming products and feature updates. There are often presentations and live demonstrations of products, as well as getting to grips with some of the more complex features. It was at one of these events that btrfs was shown off for the first time, along with the DSM 6 release a couple of years back. In general, this is more like a trade show, as more than just Synology will be attending; partners such as Seagate, Intel, WD, and Micron will also be there.

If you have time spare, you can take a look at the different convention centers and see if you’d like to attend. Just head on over to Synology’s website and see.