The lead-up to CES is always an interesting one, because it’s inevitable that some good stuff from the event is going to leak, and NVIDIA’s been receiving a good chunk of that “love” this year. Yesterday, we reported on new leaks that suggest a GeForce RTX 2060 could be launching soon (potentially CES soon), with the next model down coming soon after.

If that wasn’t enough, NVIDIA’s apparently also planning to take the veil off of its upcoming mobile GeForce Turing series, featuring RTX 2080, 2070, and 2060, and we have a Taiwanese vendor to thank for the info. Based on the specs we’re seeing, these GPUs do not seem to throttle anything back compared to their desktop brethren, which is the same thing we saw with the last-gen Pascal series.

It’s pretty much guaranteed that these GPUs are going to offer the most compelling mobile gaming experience, but it will be interesting to see how Turing will impact mobile, as these GPUs require modest power on the desktop, but would eat a battery quick on mobile. Thankfully, NVIDIA has many advanced power savings techniques in place, but really, if you’re wanting a proper gaming session, you’re going to be plugged in. That’d allow you to enjoy high-end performance with 144Hz monitors, HDR, or 4K (and of course, G-SYNC options). 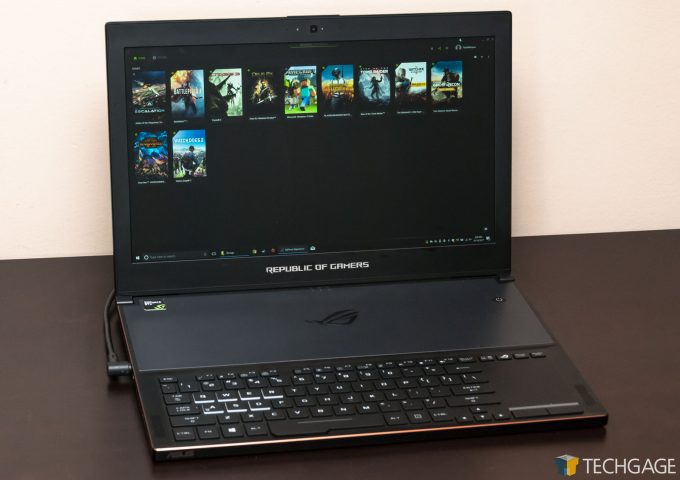 I ended up being super impressed with ASUS’ GTX 1080-powered Zephyrus, so with CES right around the corner, I’m starting to anticipate a huge number of takes on mobile Turing, including some good stuff from ASUS.