Taking A Look At Noctua’s Booth At Computex 2018

With Computex 2018 still going on, we managed to pop over to Noctua’s booth and see what was up there. While some of the products had been recently released, others were being finalized for production, and more still were still in the prototype phase. Of course though, we’re going to start with the fans. 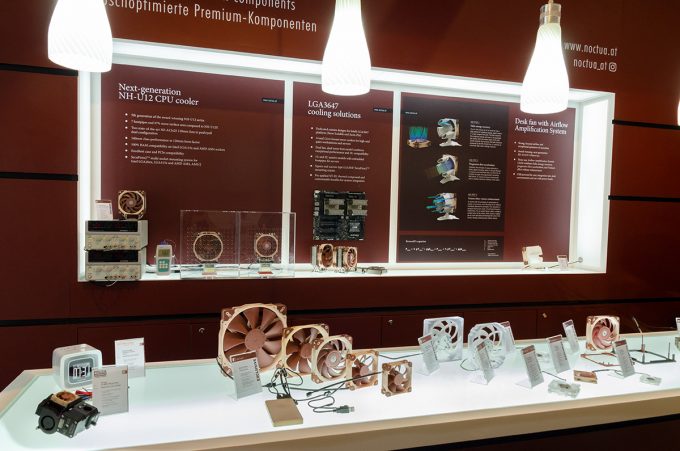 Love or hate the weird color scheme that Noctua has, its performance is no joke. Not too long before Computex kicked off, we already saw a new product launch, the Liquid-Crystal Polymer fan that Noctua has been working on for quite some time, the NF-A12x25. This is the 120mm fan with super small clearance around the edge to prevent back-draft, and focus all the airflow through the fan. For those looking for 140mm options, Noctua is already ahead of you, as a prototype was already on show.

A number of slim fans was also on show, 15mm thick (instead of 25mm), ranging from 140mm down to 60mm fans. There was even a super slim 50mm fan that was just 10mm thick. These won’t push the same levels of air as their chunkier cousins, but are meant for Small Form Factor (SFF) cases and designs, which seem to be all the rage. 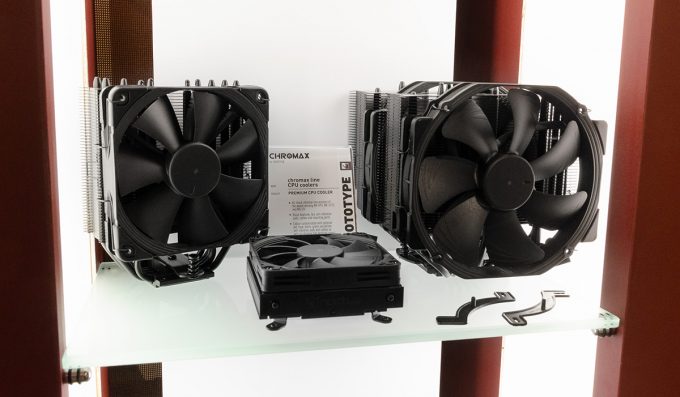 There was a range of 5V fans as well, suitable for plugging into USB connections and for low-power systems. These fans are used mainly for when standard 3/4-pin fan headers are not available, and there is no easy access to a 12V power lead, again, for SFF systems.

For those that don’t like Noctua’s brown and beige color scheme, but want the performance of those fans, there is the Chromax range of fans, ranging from 200mm down to 80mm, PWM enabled fans, complete with changeable color mounting brackets in the corners. 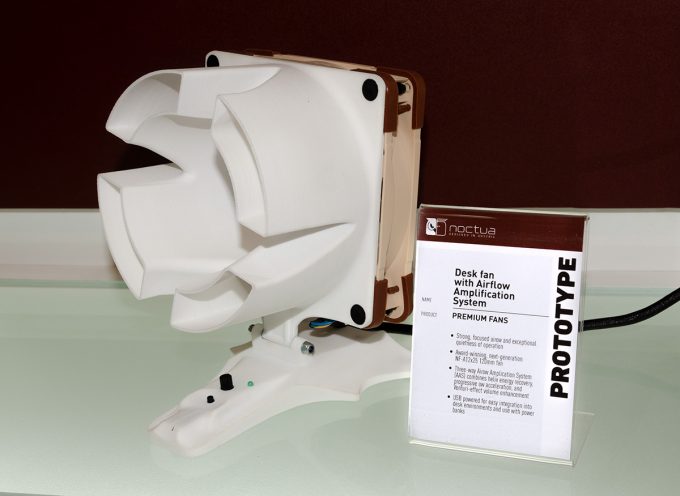 There was an oddball product on display, a desk fan with Airflow Amplification System (AAS). It’s basically a large chunk of plastic that funnels air in interesting ways, powered by a 120mm USB fan. It’s meant to enhance and amplify not just the amount of air, but the distance it can travel, meaning that little fan can reach your face from your desk. Whether it actually gets released is another matter. 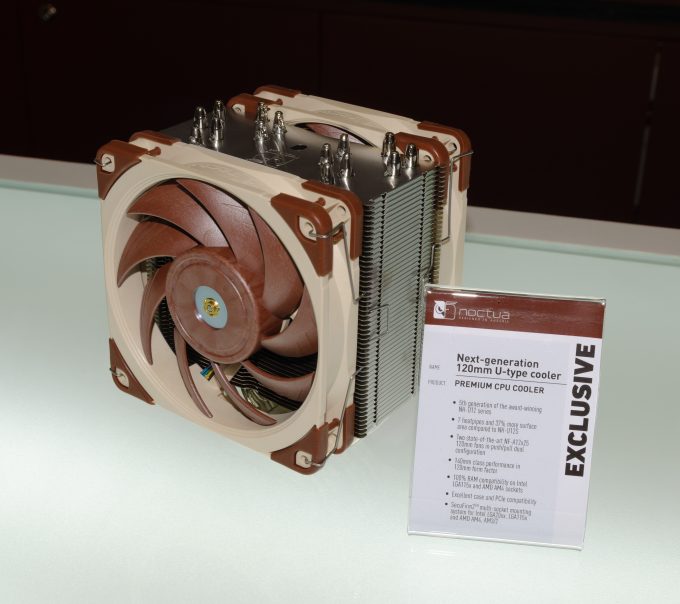 Noctua isn’t just the leader in fan design for enthusiast PC components, it’s also the leader in heatsinks, too. New model generations are cropping up that will slowly replace existing designs. The 5th generation NH-U12 has an extra heatpipe thrown into the mix, and increased fin density, increasing surface area by 37%. More surface area means more resistance, which makes fans work harder. If only Noctua had a fan with improved static air pressure and airflow for such an occasion.

An upgraded NH-D15 is in development too, a 150mm heatsink, and U-Type 140mm asymmetric heatsinks are incoming as well, but with extra heatpipes and improved surface area for cooling, as above. 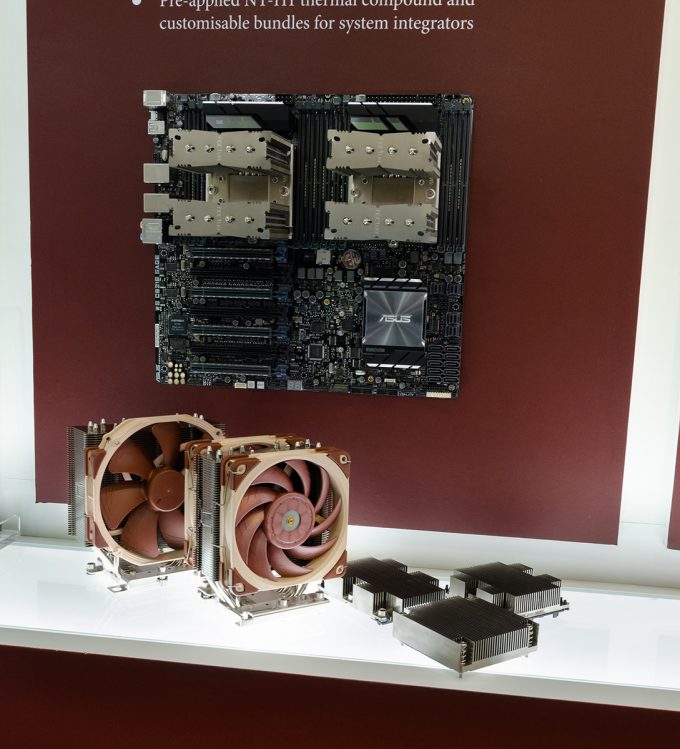 Oh, and remember that 28-core CPU Intel overclocked to extreme degrees? Not gonna be air cooled, however, it does appear that a new HEDT platform is incoming, as Noctua is now creating LGA3647 cooling solutions, for the much bigger and fatter server-grade CPUs. For an enthusiast cooler manufacturer to start making server coolers, is a little odd, but not out of the ordinary, but we do think that this is a sign that Intel will be pushing these bigger core-count CPUs to the market. This also ties into more TR4 coolers, but Noctua already has those, which should work just fine with the upcoming 2nd Gen 32-core Threadrippers from AMD. 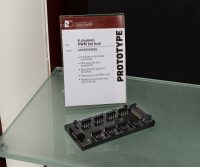 There were other low-profile and compact coolers for show as well, along with hands-on displays of the updated Chromax Coolers and Redux line – these will be cheaper versions of old, but popular heatsinks. There was also power adapters for hooking up 12V PC fans to 24V lines, mainly used for 3D printers, so you can use a wider range of fans.

There was also a nice little PWM fan hub as well. These simple yet effective hubs allow up to 8 fans to be powered and controlled from the same 4-pin connector, with added power assistance from a SATA power cable. These are not new at all, and have been on the market for ages, but people do tend to forget they exist – along with Noctua’s other cable adapters, splitters, and extenders.