The Model X goes for the jugular when it comes to attracting people’s attention. For instance, its so-called “Falcon Doors,” which are very much like Mercedes-Benz’s famous gullwings from the 1950s 500SL sports car and its more modern AMG-badged supercars today, are unlike any production SUV’s rear doors. They are hinged on the roof’s center-line, so they open up and out.

Tesla’s new baby also has rear seats which are on pedestals, which of course raises the seats but also creates more room for storage underneath them. This kind of reminds me of airliners, actually, and it is a practical solution to a problem that plagues virtually all vehicles, a shortage of storage space. Not only that, but these rear seats also swivel in place, which should improve ingress and egress. 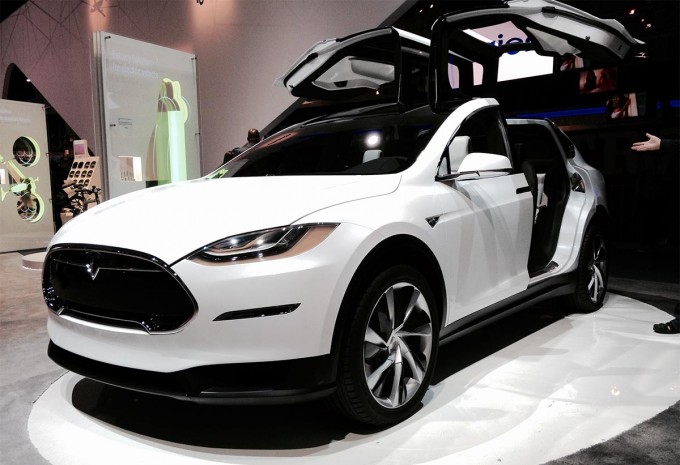 Even the windshield boasts high-tech innovations. Tesla describes it as a panoramic windshield, extending above the driver and therefore giving him (and the front passenger) a good view above the vehicle.

The Model X is said to be capable of going 250 miles between recharging, with a top speed of 155 miles per hour, and an impressive 0-60 in 4.8 seconds. Its electric motor should have a 5000 lb towing capacity as well. A later model is expected to go even faster, with a 0-60 of 3.2 seconds… “This goes so fast it’s wrong” Mr. Musk notes.

Tesla expects to build around 50,000 of the Model X in the coming years (originally intended to be 55,000). I wonder if there are 50,000 people with $132,000 to buy one, though. In the future, Tesla plans to release a much more affordable all-electric vehicle in the $35,000 range, called the Model 3 (which technically would be Tesla’s 4th model due to the now discontinued Roadster).