TG10: NVIDIA & Techgage Team Up To Give You Assassin’s Creed Unity!

During our 10th anniversary celebrations, we’ve offered up copies of Far Cry 4, Shadow of Mordor, Dying Light, and The Crew – all sponsored by our good friends at NVIDIA. Now, it’s time wrap-up our game offerings with a roof-leaping finish: Up for grabs are ten copies of Ubisoft’s Assassin’s Creed Unity – an epic eighth entry in the AC series, offering jaw-dropping visuals and intense gameplay.

Don’t miss out on our other contests. Hit up the contest banner at the top of the site! 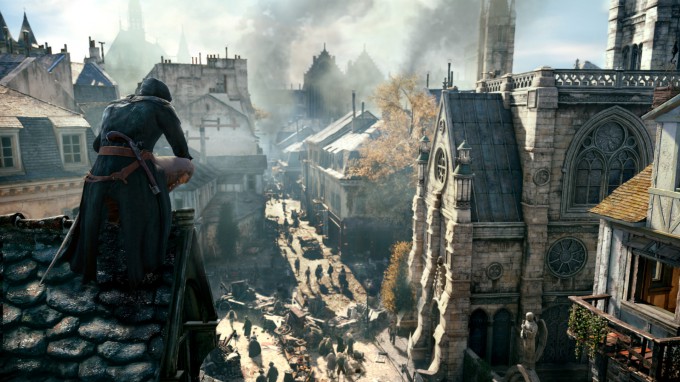 Entering our contest is simple: Give both NVIDIA and Techgage a “Like” on Facebook, and then comment here to let us know that you did. Don’t use Facebook? You’re free to use Google+ or Twitter instead. After following, post here and tell us where you followed us, and you’re entered! Cheating will not be tolerated.

This contest runs until Sunday, April 5, 11:59 PM (EST). Each of the winners will receive a code redeemable through Ubisoft’s Uplay, so an account there will be required to play.

Please make sure the game is available in your region before entering. We’ll contact each winner at the email address associated with the Disqus account used for commenting below. If we don’t hear back within three days, we’ll have to pick a new winner.