In a bit of a surprise this week, Epic revealed the first details about its next major Unreal Engine update, dubbed UE5. As always, there’s quite a bit to be intrigued by, and while what’s provided is just a “tech demo”, a developer video proves that it’s completely playable, and could in fact be a level of detail we can expect to see on a powerful platform. 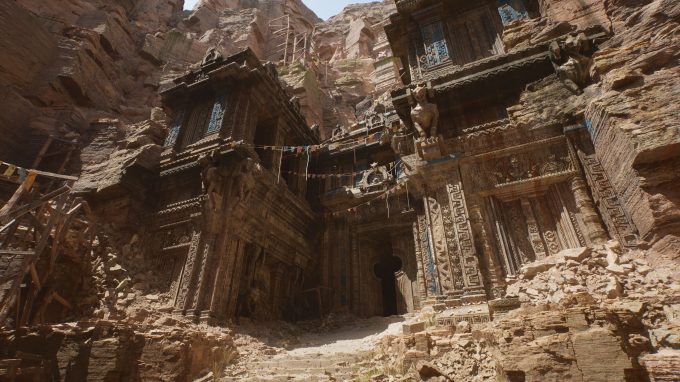 Epic has released multiple videos to help show off its Lumen in the Land of Nanite tech demo, and if the name leaves you questioning things, the company has quick answers for us. Here’s a 2 minute look at some of the features of UE5:

In a much more detailed developer video (below), further blanks are filled. “Nanite” is the new UE5 feature that allows a scene to be generated from an obscene number of virtualized micropolygons, and then be losslessly scaled down to levels that would actually allow a game to be playable – while still preserving all of the detail. In a direct example given, a scene in the video above was comprised ultimately of billions of pixels, but what’s rendered to screen is around 20 million.

The key thing to note here is that this is a PlayStation 5 tech demo – as in, it’s running on a PlayStation 5, not a PC backbone as so often happens at these unveilings. And that’s something notable in itself about the PS5; it’s not a slouch. Game developers can use the direct hardware to show off technology, because it delivers performance simply unlike what we’ve seen with most console generations.

Another part of this demo is the “Lumen” dynamic GI feature, which allows scenes to change lighting instantly and accurately, regardless of context. With the Niagra system, scenes can be further enhanced with effects that are aware of each other and understand their environment. An example given of its use was roaches on the floor which run sporadically, but still avoid each other, as well as bats flying out of a cave in a realistic cluster. 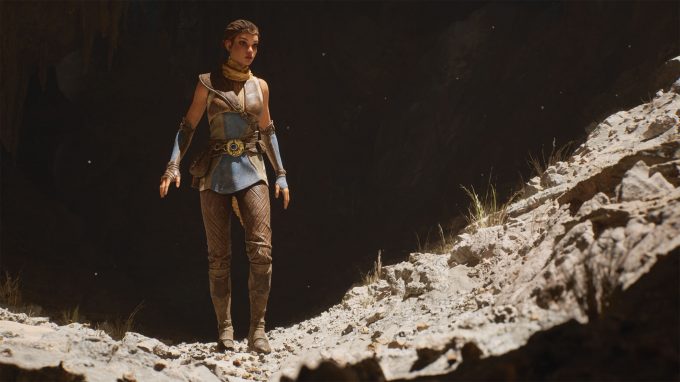 Nanite and Lumen are the flagship features talked about up to this point, but there are other goodies to expect as well. UE5 will also support convolution reverb which uses real measured reverberation characteristics of open spaces to deliver realistic spatial audio that could give a level of aural immersion not experienced in games before. There’s also new predictive foot position placement and motion warping that makes characters look more natural in different contexts – such as when scaling a cliff, with all of its odd bumps and angles.

We can definitely say that what we see from UE5 is downright impressive so far, and we’re eager to learn more over the next year. Epic expects UE5 to launch in full in late 2021, with a preview to be made available earlier in the year. Anyone currently using UE4 will be able to migrate to the new version seemingly painlessly. UE 4.25 has full support for the next-gen consoles, and Epic is planning to put its money where its mouth is by converting Fortnite over to UE5 by mid-2021 for all of its versions. And yes: UE5 will hit all expected platforms, including mobile, and the current-but-soon-to-be-last-gen consoles.