The Ray Tracing-infused LEGO Builder’s Journey Is Out Today

NVIDIA’s been keeping seriously busy this year so far with its RTX-related technologies, working to infuse either (or both) ray tracing and DLSS into as many games as possible. It’s funny, then, that one game we’ve been hearing about more than most the past few months is… a LEGO title. Now, ordinarily, you may not imagine a LEGO game to offer cutting-edge graphics, but Builder’s Journey does. 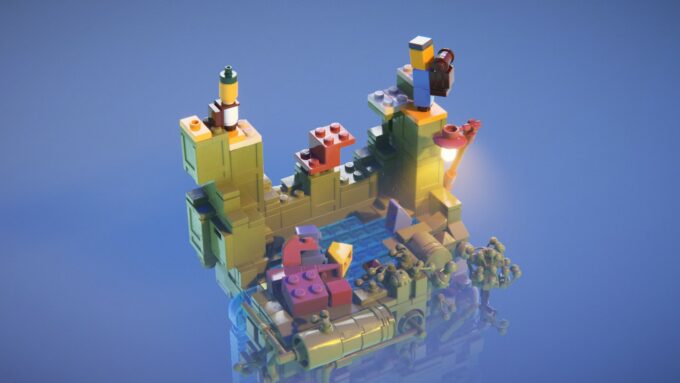 Builder’s Journey is a blocky adventure that takes full advantage of ray tracing to deliver compelling environments, along with realistic LEGO pieces. It also has DLSS to ensure the game will run well for anyone who has an RTX card. Peering into the game’s options, you will find settings for ray traced reflections, AO, and GI, as well as the different levels of DLSS.

We recently gave this game a test, and found it to be a pretty charming game, with a great audio ambiance that suits the slower-paced nature of the game. Each level you enter will require you to figure out which pieces on the field you will need to take and place down in order to progress. That could include picking up a 1×2 or 2×2 yellow plank that you will place down within reach of a character, who will jump to it. If you accidentally drop a required piece off of the playfield, it will reappear, providing a major hint that you will want to figure out how you should use it.

Each level will make it pretty obvious what the end goal will be, but how you reach that end goal can differ significantly. We completed about eight levels, and found they offered a decent amount of challenge as you go along. We feel like this game may be best-suited to play alongside LEGO-fanatic kids, because for most adults, it may feel a little too slow-paced, but at the same time, some of the puzzles may become a little too challenging for most kids to breeze through. This is definitely a good title for family game time. 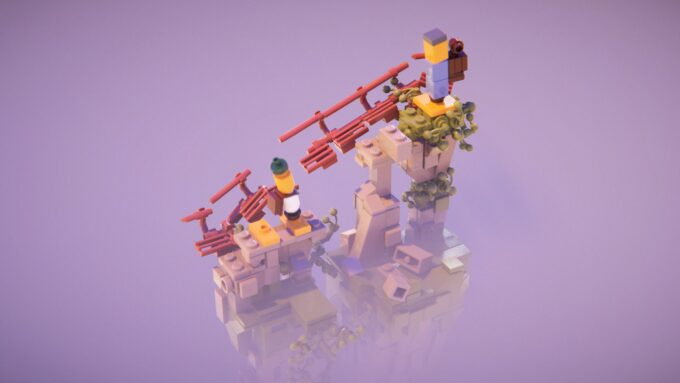 We have yet to benchmark this game, but our findings is that the higher-end the GPU, the better your overall experience (no kidding, right?). We ran this on an ultrawide monitor with a TITAN RTX graphics card, and even with DLSS Balanced, we only attained about 40 FPS. Part of that might be the fact that we have areas on each side that are being rendered, but are unimportant to the game, which means 16:9 resolutions may be better suited. That said, this isn’t the type of game where 60 FPS is required, simply because the camera movement is quite limited.

To that end, this may be a slightly difficult game to “benchmark”, as the camera angle will only swing around half of the playfield, as you simply don’t need to see the back side of any given level to progress. In that regard, the gameplay is kept simple overall, even if the puzzles do become challenging overall.

One thing we can say for sure, though, is that the game looks fantastic, and we really never expected a LEGO title to prove as demanding on GPU hardware as some of the flagship ray traced titles out there. If you want to dig in more, check out the game on Steam, or the YouTube trailer above.