Ubisoft has announced the next game in Tom Clancy’s Ghost Recon series, and if you were a fan of the open-world co-op experience that Wildlands gave you, then it looks like you have reason to get really excited about this next release. Maybe even insatiably excited when you realize the launch date is set for this year: October 4, to be exact. Here’s the official trailer:

In Breakpoint, you’ll find your character stuck in Auroa, being hunted by ex-Ghosts. As with Wildlands, you’ll traverse on foot, and hop in vehicles on ground, water, as well as in the air. You’ll be able to explore the highest fjords and deepest swamps, and while much of the terrain is beautiful, these ex-Ghosts, called Wolves, will make it harder than it should be to get from point A to B.

Where Breakpoint shakes things up over Wildlands is to give the character some different battles to deal with, such as accumulating injuries and fatigue, both of which add a new dynamic and strategy to survival. The game could be challenging as a solo player, but can be made easier by jumping online with up to three friends. 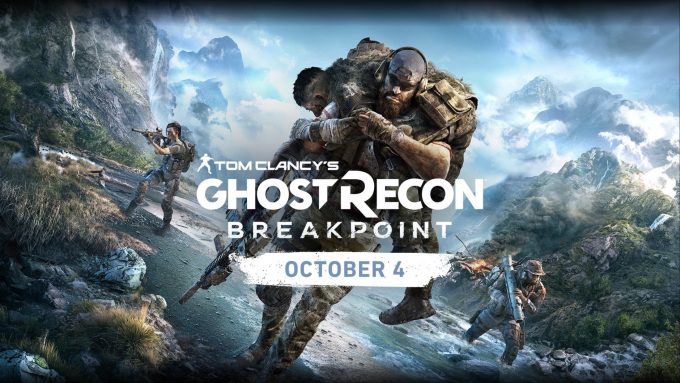 Character customization has been given a serious boost in Breakpoint, as well. Players be given “thousands” of customization combinations, and find materials around the world that allows them to upgrade and change the effects of their equipment. The game is ultimately designed to allow players of any type and style preference to enjoy the experience, so you don’t have to be locked into one way of tackling it.

Beyond the main game, Breakpoint also has an emphasis on PvP gameplay, allowing you to hop into an arena to go against others, with a focus on 4v4 battles. As with Wildlands, this next Ghost Recon will pile on the post-release content, which will include new classes as well as features – and even raids.

You can read more about the game right here, where you can also register to participate in the beta.