It’s been quite some time since I last used Ubuntu, so with the latest LTS version having just released, dubbed ‘Trust Tahr‘, I felt compelled to give it a whirl. After a couple of weeks of use, I’ll write an “in-depth look”, but for now, I wanted to relay my initial experiences.

The biggest feature of 14.04 is refinement, and to be honest, that’s what appealed to me most. There are no major features being introduced here – Xorg is retained, with Mir to come down the road – and that’s fine. 14.04 is the most stable release of Ubuntu yet, and it should be the fastest, too.

I might not have touched Ubuntu since its 11.04 release, but 14.04 felt just as familiar as I anticipated. Even the installer hasn’t changed much (or at all on the surface). Hardware detection was fantastic; all I had to install manually was the binary NVIDIA driver. The distro even managed to configure my USB 3.0 NIC, which I was pleased to see (and relieved, given it’s my primary NIC). Installing 14.04 on the laptop offered the exact same sort of experience – the NVIDIA driver is being left up to me (though I admit I need to look into the current state of Intel+NVIDIA on Linux before blindly installing the NVIDIA driver).

The aesthetics of the default desktop should strike no one familiar with Ubuntu as a surprise. The same window theme that’s been around a while returns, and a purplish desktop wallpaper dominates the screen. 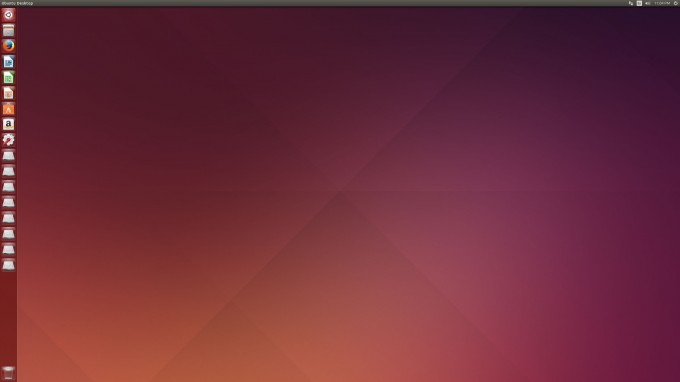 After installation, I thought it’d be best to turn to a friend who uses Ubuntu as his primary OS for app recommendations, and he recommended both Ubuntu Tweak and Unity Tweak Tool. After giving both a try, I can understand why: They effectively give you the tweaking ability Canonical should. You can customize many aspects of the Unity launcher, apply custom themes, and adjust many other aspects of the OS as a whole. I’d recommend you make those your first downloads as well. Unity Tweak can be found in the Ubuntu Software Centre, while Ubuntu Tweak can be downloaded here.

I admit that I’m not a huge fan of the default theme Ubuntu ships with, so I sought out an alternative. The de facto location for Linux themes has been the “Look” family of sites, so I headed over to GNOME-Look and checked out its GTK 3 section. The theme you see in my screenshot below is one of the highest-rated on the site, called MediterraneanNight. Unlike most themes, this one comes with over 10 varying styles, so if you want it to be lighter, or even darker, the option is there. 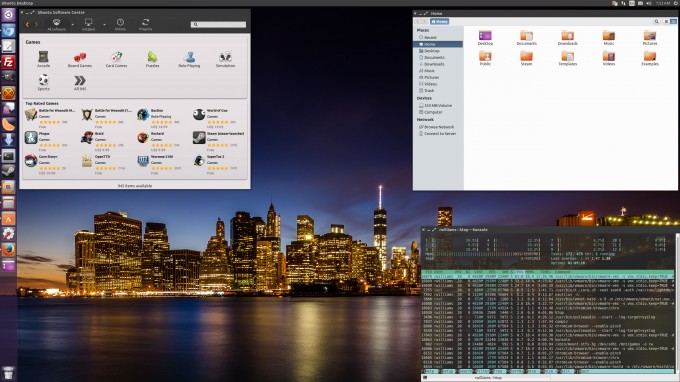 My experience with Ubuntu 14.04 up to this point has been nothing short of fantastic. The only issue I’ve run into is the inability to move the Close/Minimize/Maximize buttons over to the right-side of their windows – applying known tweaks just does nothing. I do hope that an effective tweak will come along soon, because I still find the default placement to be inconvenient. Oh well – I’ve dealt with worse.

That aside, things are great so far; I’m really looking forward to spending a couple of weeks with 14.04. Stay tuned for my in-depth look, which should come in about two weeks or so.