Creating a network share on Linux is quite a bit different than on Windows, but that doesn’t mean that it requires a degree from Tux U. In this article, we take a look at installing and configuring Samba, creating some shares, and then accessing those shares across a variety of platforms. 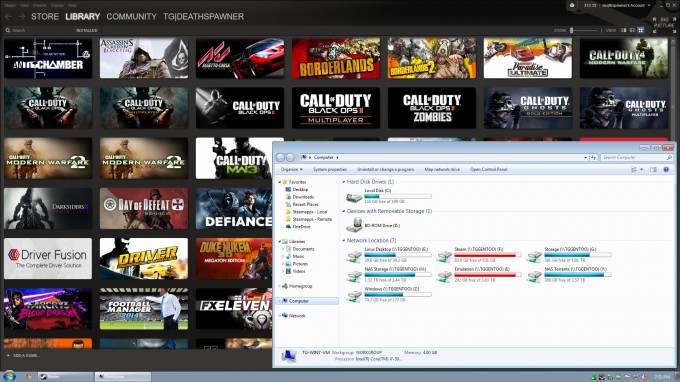 One of the most popular questions long-time Linux users have been asked is, “How do I create a network share that Windows can see?“, and it’s for good reason. Creating a network share in Linux is a simple enough affair, but your knowledge of pulling off the same trick in Redmond’s famed OS might not help too much.

The best solution for sharing Linux folders across a network is a piece of software that’s about as old as Linux itself: Samba. Despite the fact that the tool is designed to cater to Windows’ SMB protocol, it became a Linux stature long ago. Its tagline is “Opening Windows to a Wider World”, and it couldn’t be more apt for what it accomplishes.

Guides for installing and using Samba are a Dogecoin a dozen, so what I’m hoping to accomplish with this one is to make it simple. I’d also like to provide some unusual examples of what can be done with it, including what can be done from within a Windows virtual machine.