Razer, the well known manufacturer of computer accessories for gamers and Sixense Entertainment, a developer of motion-sensing technology, announced this Tuesday motion-sensing support for Valve’s games Half-Life 2, Team Fortress and Left 4 Dead. How so? With the Razer Hydra motion-sensing PC device and a partnership with Valve.

Valve modified those games to support motion-sensing and, together with Sixense, integrated Sixense’s MotionCreator 2.0 into Steam. This allows for backward compatible motion gaming with the Razer Hydra, resulting in support for close to 250 games; titles include Skyrim, CoD: Modern Warfare and Battlefield 3. It was also confirmed that Valve’s future titles Dota 2 and Counter Strike: Global Offensive will support motion-sensing and the Razer Hydra controller. 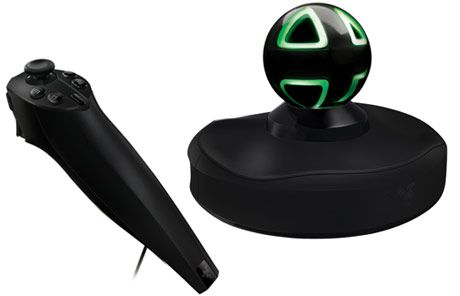 The integration of MotionCreator 2.0 into Steam means also that players will receive automatic updates for titles that support this technology, as well as a new overlay allowing them to configure the device.

The Razer Hydra is a motion-sensing peripheral that tracks a player’s hand movements with the help of an electromagnetic field. The controllers are highly precise devices which, according Sixense, can detect movement with the precision of 1 millimeter. What’s also notable is that Sixense has ported its software development kit for Mac OS and Linux, allowing developers to create games that use Sixense technology and Razer’s Hydra controller on these platforms.