Vampire: The Masquerade – Bloodlines 2 Due 2020 With NVIDIA RTX

At GDC 2019, there was a surprise announcement that Vampire: The Masquerade – Bloodlines 2 has been slated for release sometime in 2020, published by Paradox, and developed by Hardsuit Labs. Being released under Paradox does have quite a silver lining: its openness to modding. That was something that was critical to the longevity of the original Bloodlines launch.

Bloodlines 2 will also be an official partner of NVIDIA GeForce RTX, featuring both real-time ray tracing effects, and DLSS. World of Darkness is a moody and surreal franchise, and it’s something that will likely blend well with the global illumination effects that RTX will be able to muster, and it will be a game built with RTX in mind from the start, rather than added on after as has been the case with current launch titles. 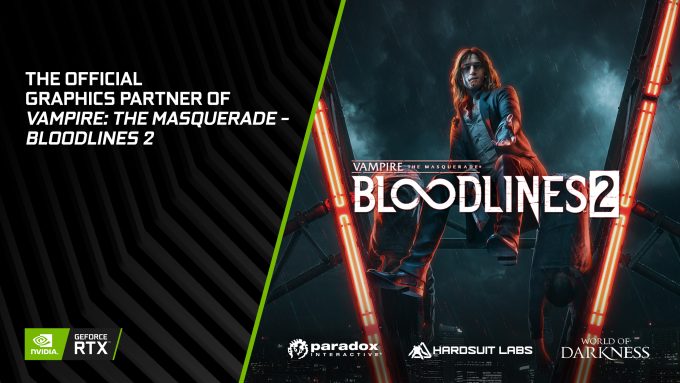 Originally released in 2004 with a rough and ready Source Engine, Vampire: The Masquerade – Bloodlines was Troika Game’s swan song, releasing as the company went into bankruptcy. It was a bittersweet moment where an all-time classic RPG was born and killed at the same time.

Bloodlines was a truly captivating story, told through rich and immersive characters and scenes, exploring the dark depths of vampirism as told through the World of Darkness franchise of role play books. It was buggy, it was quirky, it was imbalanced, but the richness of the story and the world it created was truly captivating. It was such a hit with players that it spurred one of the greatest modding communities ever seen, keeping the game alive and improving it over a decade.

The story-telling was to a level that’s rarely seen in games anymore, revolving around political maneuvering, the forces of darkness, clan wars, and deception. What really made the game pop for me was the all-consuming madness of the Malkavians; the eerie voices you hear, having a conversation with a TV, speaking riddles, misdirected clairvoyance, to an all-out argument with a stop sign (seriously). I have many fond memories of Masquerade through these rose-tinted glasses.

However, upon release, it barely sold, and didn’t receive widespread recognition until over a decade later when it was released digitally on Steam. In 2006, there was a sign of hope that a spiritual successor would be launched when CCP Games (creators of Eve Online) bought White Wolf Publishing and announced development of World of Darkness Online. Unfortunately, due to a number of poor decisions over the years, CCP stopped development of this MMO and White Wolf Publishing was sold on to now current owner, Paradox Interactive in 2015. 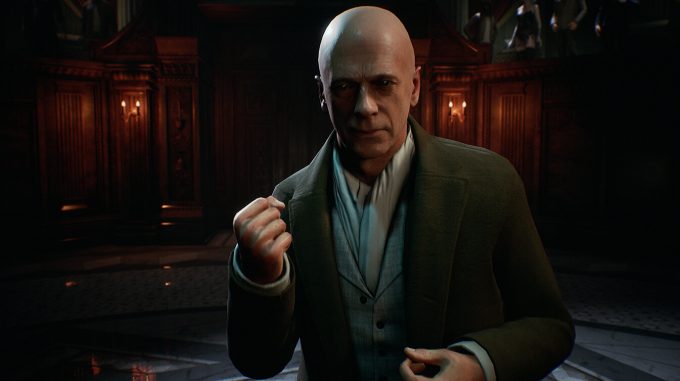 It’s hard not to look at Vampire: The Masquerade – Bloodlines as a cursed title at this point, being released originally on an experimental Source Engine (new technology that would later power Half-Life 2), leading to the collapse of one studio, being sold on to another company that massively downsized and never released a working title, and sold on again to a studio working with new experimental technology again (RTX in this case).

While vampires have not been in vogue for some time now, the story-telling brilliance that comes from the World of Darkness franchise, should provide a wealth of material to work with, and even the original release showed that a buggy game can capture the hearts and minds of players. Whether Paradox and Hardsuit Labs will be able to live up to that, and sway people into purchasing an RTX card at the same time, is something we’ll have to wait and see in 2020.