Viacom Adds Itself to List of Publishers to Block Google TV

Google TV, launched last month, was created to become the ultimate solution for TV viewing in the digital home. Google isn’t the type of company to take any one of its products lightly, so it was of little surprise to see other large companies backing up the platform, including Logitech with its Revue set-top box, and Sony with four different models of Internet TVs.

To say the first month of Google TV has been smooth would be a bit of an exaggeration, because quite frankly, things have been so rocky that it’s hard to picture where the platform will be in the months ahead. Less than a week after its launch, Hulu and some other major networks began blocking access to the device, which for those paying attention, was a huge blow.

Almost everyone I know from the US takes advantage of the Hulu streaming service, so to have a set-top box or capable TV lacking access to it, hurts. To make things even worse, Viacom has also just gotten in on the blocking fun, resulting in streaming shows from Comedy Central, MTV and Nickelodeon now being unavailable to Google TV users.

The reasons behind of all of these blockings isn’t too clear, and as the Google TV is essentially a mini-computer with a Google-created Web browser, it’s hard to understand why anything needs to be blocked at all. In addition, it seems a bit strange that Google didn’t iron out potential issues before launch, because with all of the content being blocked from the device right now, it’s hard to imagine that a solution could be reached anytime soon. 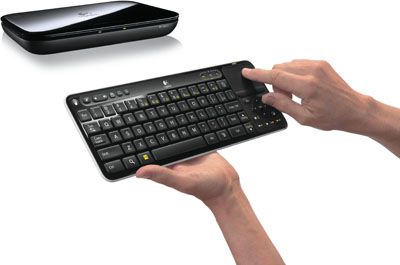 Viacom properties, including Comedy Central, MTV, and Nickelodeon, are now also blocking Google TV, with users receiving a message that the content “is unavailable for your device.” The loss of Viacom content is a major blow to Google TV, as shows like “The Daily Show” and “The Colbert Report” were some of the few high-quality TV shows that allowed streaming. The last we checked, “Conan” is still available, but there’s no guarantee TBS won’t begin blocking Google TV too.