If you were starting to get the idea from Sony that it loves finding features to remove from its PS3, I think you’ve got it all wrong. Well, if you ignore the fact that with the next firmware update, Life and the [email protected] client will be removed. Past that, I don’t think Sony goes out of its way to remove features at all!

Alright, so I’m being a little snarky about this. Maybe it’s the fact that Sony keeps removing features that actually set its console apart – that put the company in a good light – that drives me. First it was the removal of the ability to install Linux to the console – something that was truly amazing. Now it’s the removal of a feature that at least 17K active PS3s take advantage of. Seems small in the grand scheme, sure, but once you take a look at the total throughput the PS3 client is actually responsible for, you can see how this affects the project. 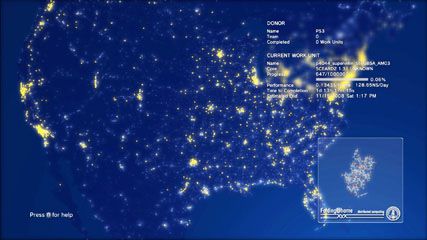 We’d like to thank the more than 15 million users that have participated in the program since it started on PS3 in 2007. PS3 users have donated in total more than 100 million computation hours to the [email protected] project to date, and as a result, contributed greatly to Stanford University’s Alzheimer’s disease research.

The implementation of [email protected] on the PS3 proved extremely successful, so… let’s pull it?

Speculation from me is simply that newer PS3s are too slim to support an exercise in silicon that [email protected] forces. If consoles are stressed too hard and overheat, that could result in units needing to be sent back to Sony to be replaced. Of course, I could be way off the mark, but it does seem plausible.

Regardless, any way you look at things, the PlayStation 3 sure is unique in the way it loses features over time.