It’s that time of year again when retail giants battle it out for your hard-earned cash. It’s Black Friday, and then Cyber Monday, and the build-up the week before, and after, but when Christmas starts in July, it all blurs together really. In any case, we’ve been checking out some deals around the place to see what’s on offer.

For the most part, there isn’t a huge amount of killer deals on stuff we’re really after, but a dollar saved is still a dollar saved. There are some surprising deals on even new stuff, with AMD’s 3800X going for $330 instead of $400. There are old favorites with peripherals and ANC headphones, SSDs are already fairly cheap, but there are still some offers out there. In no particular order, here are a few things that grabbed our interest: 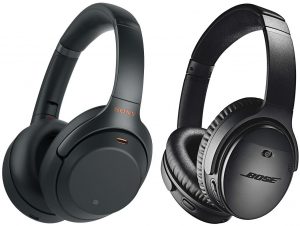 If you are looking for some noise-cancelling headphones for those long flights, or just for relaxing at home, there are plenty of options. We’ve taken a look at the top contenders from Sony and Bose (and some experience with Beyerdynamics too), and it just so happens that they’re on offer, saving $70-$100 off the normal retail price. The Bose QC 35 II are $279, while the Sony WH-1000XM3 is $278. Beyerdynamic with its Lagoon ANC headset is $299. Our review of the Sony and Bose options should help you decide, but for a quick rundown between all three, the Bose have the best sound quality, the Beyer’s have the best ANC, and the Sony’s have the best balance between sound quality and ANC, at least to our ears.

For storage, there isn’t a huge amount that really stands out as being on offer. Seagate has its 8TB BarraCuda drives on offer for $140, which saves a few dollars off its normal price. SSDs are actually pretty cheap already, so they don’t need to be on offer if you need to pick some up, since we’re already at the $100 for 1TB range, plus or minus a few dollars depending on brand and form factor.

If you’re looking for some stuff to help you stream, or even use as convenient shortcuts for your work (it’s basically a macro shortcut pad), the Elgato Stream Deck 15 Keys is going for $100, saving $50 off retail price. 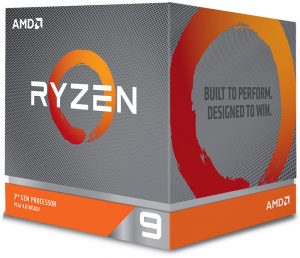 If you are looking for a motherboard for a new build, ASUS has a number of options up on flash sale, even on newer X570 boards if you plan on getting something like AMD’s Ryzen 7 3800X which is going for $330 instead of $400. Supply for the 3950X is limited, so it’s doubtful you’ll be able to score one on a deal this season

Corsair has a comple of memory kits going for fairly cheap, its RGB Vengeance Pro 16GB is $78, otherwise if you just need capacity (and lower profile), a 16GB kit can be found for $140. Definitely on the cheaper side compared to prices of the past, but not fantastic like we’ve seen in previous years.

With peripherals, Logitech has its MX Master mice, and Marathon Wireless going for super cheap, $50 and $20 respectively. We’ve always been impressed with Logitech’s stuff, you can check out some of our reviews if you’re interested.

As the day goes on, we’ll be adding more deals as we see them.