Who Needs Ubuntu? Steam for Linux Running Under Gentoo

In the post I made last week about some of the system requirements Valve has been applying to select Linux titles on Steam, I mentioned that I’ve been curious to know how running the official Steam client would fare on other distros. After all, Linux is Linux at the core, so where there’s a will, there should be a way.

Well, sitting around with a bit of time on my hands late last night, I decided to fool around and see if I couldn’t get the client to run under Gentoo. Believe it or not, a guide exists on making it happen, and it’s a good one. However, the one thing to bear in mind is that because few Gentoo installs are exactly alike, you may have immediate luck getting Steam to work or none at all. You’re likely to need updated packages, and you’re even more likely to run into some trial and error. C’est la Gentoo.

Steps you will undoubtedly have to adhere to are those found in the “Installation” section. This involves taking the Steam for Linux .deb file, extracting it, and locating the ‘bootstraplinux_ubuntu12_32.tar.xz’ and ‘steam.desktop’ files then placing them in the same folder. Then you need to create a clean ‘steam.sh’ script using this code and make it executable (chmod +x steam.sh) and place it in the same folder. Once that’s done, you can try running ‘./steam.sh’ and see where it gets you.

I didn’t get too far, getting roadblocked by an error: “Fatal Error: Failed to load steamui.so”. Fortunately, I didn’t have to do too much to get around that problem; I simply had to update some system libraries along with GCC and glibc as recommended in this list. This guide lists many more steps that I didn’t have to do, but your particular setup may require them. Nonetheless, I eventually got the client itself working just fine: 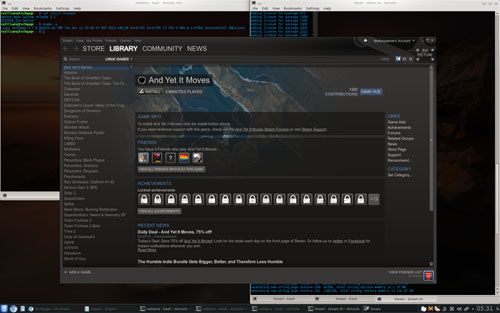 Because Valve is focusing on Ubuntu at the moment, a couple of games I tested out gave me profile errors, or simply didn’t load. This was to be expected. A couple of simpler games did happen to work without a hitch though, including Dungeons of Dredmor… 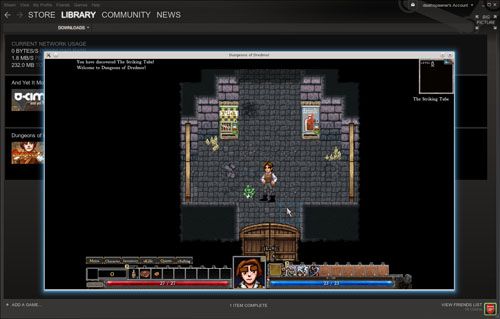 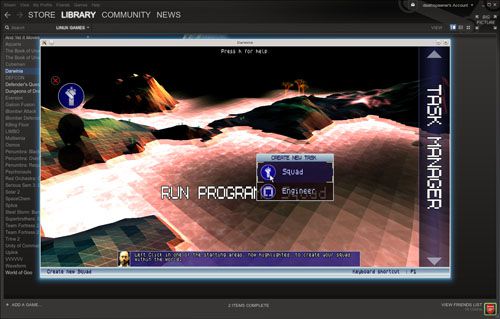 I’ve yet to try any of the beefier games yet, like Killing Floor and Serious Sam 3: BFE, but I have serious doubts I’ll get those running without issue. Seriously.

Nonetheless, I’m surprised I was able to get this far, so I’d say the future of Steam on Linux is definitely bright where non-Ubuntu distributions are concerned.