Why Ad-Blocking Hurts the Sites You Love

The topic of blocking ads on websites has popped into some of my conversations over the past couple of weeks, and it wasn’t until just recently that I realized just how prevalent the activity is. I also realized that my opinions seem to vary wildly from most, and if I had to guess, it’s likely because I’m a website owner. It doesn’t mean that I’m right, but it does mean that I’m likely to have a slightly different perspective on things.

By some sort of strange coincidence, Ars Technica posted an article this past weekend that tackled this very subject. What I found interesting in the article is twofold… that the author pretty-much sees things the same way I do, and that the general website visitor doesn’t realize the real effect that blocking ads has on the website they visit often.

The reason simply has to do with the fact that for most sites, ad views matter. The more ad views, the easier it is to sell advertising. Of course, the vice versa is also true. Most websites don’t charge you to read their content, including us, but you do indirectly pay by simply allowing the advertisements to load. After all, it’s the advertisers who pay to keep the site alive, so when someone blocks the ads, it means that there was no help in furthering the success of the site. One big misconception is that page views matter, but it’s ad views that matter more.

I’m not entirely against ad-blocking though, because I feel that if an ad actually annoys you, or pegs your CPU usage up high, then you have the right to do whatever you want to rid it. But it’s a different story when the ads are blocked by default, even when they’re fine by most standards. Our ads fall into this category. Some may have animation, but I don’t personally consider any to be annoying, or intrusive.

Whether it’s obvious or not, we take things extremely seriously here when it comes to things like advertising. Long-time visitors to the site probably know this well, because as long as we’ve been online, we’ve never had a foolish ad trying to push funny emoticons, no ads to help you whiten your teeth, no ads to help you find more information about your family tree, no ad trying to sell you insurance, no ad to help you find old classmates… and so on. The truth is, the reason these ads are everywhere is because they pay decently, but we purposely avoid them because we find them annoying, or ugly. It’s the same reason we have never had a pop-up ad, and never will.

This is as much as I’ll say on the subject though, because I could easily come off as biased given that I run and own a website that depends 100% on advertising. Ars’ article as linked below sums up the entire thing pretty well though, so I highly recommend taking a read if you’ve never thought about it before. 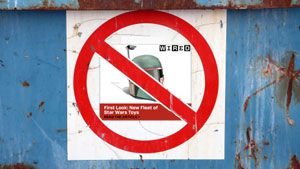 Imagine running a restaurant where 40% of the people who came and ate didn’t pay. In a way, that’s what ad blocking is doing to us. Just like a restaurant, we have to pay to staff, we have to pay for resources, and we have to pay when people consume those resources. The difference, of course, is that our visitors don’t pay us directly but indirectly by viewing advertising.