Will the Removal of PCI in Intel’s Upcoming Chipsets Affect You?

When information began to leak out earlier this year regarding the chipsets planned to be paired up with Intel’s upcoming Sandy Bridge processors, the 6-series (P67 as an example), one of the more interesting details about it was the absolute lack of USB 3.0 support, something that many wouldn’t have expected given that the company has been a strong force where anything USB is concerned.

Personally, I found the exclusion of PCI support to be even more interesting, as briefly mentioned in our related news post. Since that time, I half-forgot about the upcoming change, but website Sir Arthur’s Den reminded me of the fact, and I got to thinking more about it. So I’m curious… if PCI is indeed rid out on our motherboards in the near-future, how badly will it affect you? Will you be forced to upgrade certain components or will it not even make a difference?

I can’t recall the last time I’ve used a PCI component, as even my last two audio cards were PCI-E based, but there are clearly many out there who rely on older equipment, or not-so-old equipment that still happen to utilize a legacy PCI bus. The most common of these is no doubt audio cards, such as the countless Creative models available, with LAN and other expansion cards surely to be responsible for huge numbers as well.

Even with Intel giving up PCI support, though, it doesn’t mean you’ll be entirely out of luck as motherboard manufacturers will have the option for a while yet to put the functionality back in with an extra chip. The question will be whether or not these vendors will see enough demand in order to warrant it on the majority of their models. I’m leaning towards the idea that demand won’t quite matter, since we’re still seeing floppy ports available on most motherboards and they’re rarely used in today’s computing landscape.

When PCI finally goes the way of AGP, ISA and the dodo, will it leave not even a blip on your radar, or cause you to potentially resist the need to upgrade? 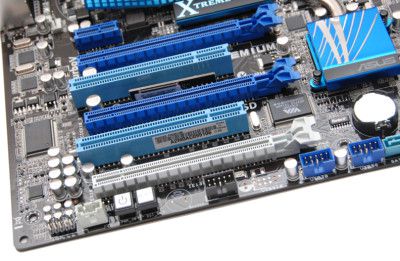 Just to be clear, these chipset are targeted at the consumer market while the new chipsets designed for the enterprise market (Q67, Q65 e B65) will continue to support the PCI bus. Intel’s choice may seem drastic, yet it is justified by the fact that to this date, after 17 years since the technology appeared on the market, most of the expansion cards on sale snubs PCIe and is designed to be housed in a PCI slot.