Last Tuesday, I posted with confidence that Dirt 2 would be released before the weekend, and as it turns out, I was wrong. Well, kind of. It turns out that there was some miscommunication between the publisher and everyone else, because the game was never meant to be released on Dec 4 in North America. Rather, that was the European release date, and it was indeed released then. For the rest of us, the real launch was this past Tuesday, Dec 8.

I have the game installed, but due to time, I haven’t been able to load it up (and it’s killing me), so to hold me over until I can finally get some time to play, how about we do a little contest? We have three copies of the game to give out, and entering couldn’t be more simple. Simply sign up on our forums if not already and post in the comments thread for this news post. That’s it.

The copies of the game we’re giving away are Steam-based, so you must have a Steam account in order to activate and download it. This contest is open to anyone who has the game available on their Steam’s store, so before entering, please make sure that it is indeed available in your country, because the game can’t be downloaded otherwise.

Since my initial incorrect prediction was made on a Tuesday, and the game was released this past Tuesday, it makes sense to hold this contest until next Tuesday, 11:59 PM EST (8:59PM PDT). As a reminder, we also have an ongoing contest for Nero 9 Reloaded, and that one is also easy to enter, so feel free to enter both!

If you already own the game, or want to simply discuss it, you can hit up this thread, which was from from last week’s news post. Good luck to those who enter! 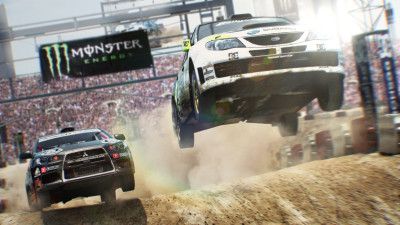 The game, which bears the full name of “Colin McRae: Dirt 2”, is the follow-up to the original that enjoyed great success. Though there are numerous racing titles out there, few take the racers off-road, and that’s what Dirt is all about. This title is the first since McRae’s passing in 2007, but he’s more than just a name on the box, as he’s featured in the gameplay, along with fellow off-road legends Travis Pastrana and Ken Block.