When we updated our test machines with Windows 10 21H1 a couple of months ago, we had no idea that the next time we did a major update, we’d be seeing Windows 11. This is an OS that has really come out of nowhere, unless you count the incredible number of leaks that have come out over the past couple of weeks. It’s not often Microsoft announces a new Windows that will be available in less than half a year, but Windows 11 appears it will hit most of us by the end of 2021. 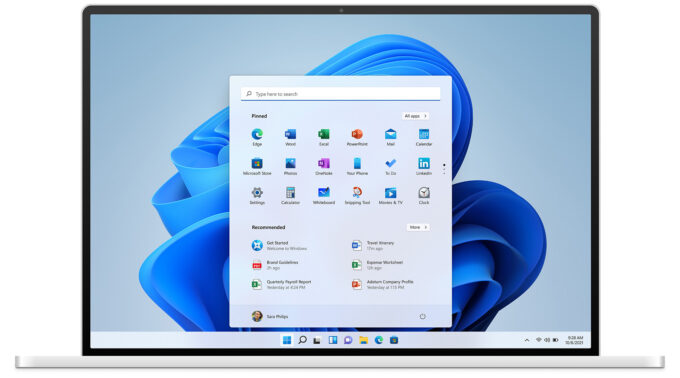 How much will Windows 11 cost? If you’re already a Windows 10 user, then it appears you will have no problem upgrading to Windows 11 for free once it’s released. For those not running Windows 10, it seems like you can expect to pay a similar fee for the OS as before (eg: ~$100 for Home OEM). More specific details are sure to come.

As you can see from the stock shot above, Windows 11 changes up the desktop environment quite a bit, completely overhauling the Start menu, and placing the dock in the middle. You may be wondering just how customizable Windows 11 will be, and we can honestly say that we hope you’re not expecting much, because in some ways, it seems like the OS is regressing. Microsoft has noted that the taskbar cannot be placed on the sides or top – it must be on the bottom. We expect these sorts of limitations to be temporary, even if it requires third-party tweaks to fix.

If you want to know if your current PC can “handle” Windows 11, you can download the official checker tool on the official Windows 11 landing page. If you run this tool and are told that your PC can’t handle the upgrade, and you are pretty sure that shouldn’t be the case, the TPM security feature on your motherboard is likely to blame.

On our four-year-old Intel Core X machine, we were initially told we couldn’t upgrade, but after enabling TPM in the EFI, we were good to go (seen below). You may need to refer to your motherboard’s manual to figure out where the TPM setting is, as it is found in different places depending on the vendor. 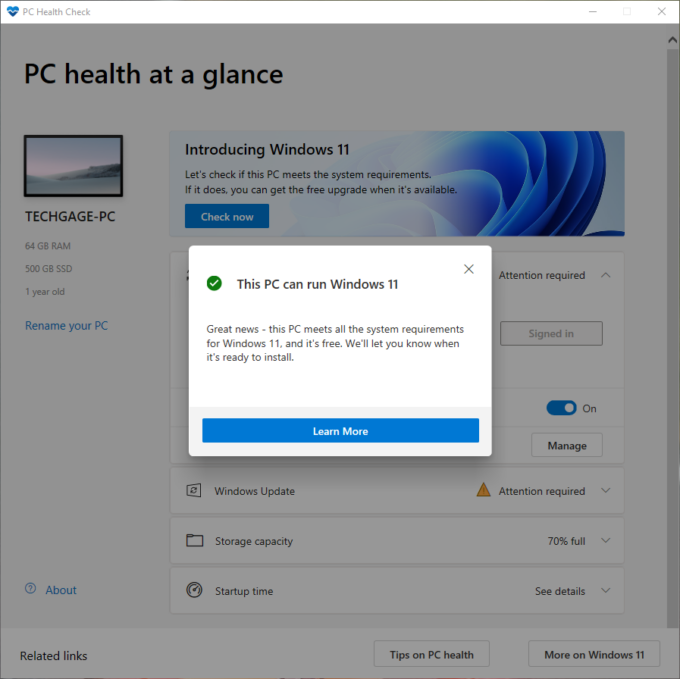 Aside from the desktop environment overhaul, Microsoft will be making changes to Windows 11 that will either be loved or hated, depending on your usage. One notable change is that this will be the first Windows release to not offer a 32-bit version, which is really a change hard to argue with, since few people are going to survive with those confines, especially a maximum of 4GB of memory.

However, some other changes are a bit more questionable, such as no local (offline) accounts being supported with the Home version of the OS, and an internet connection being required for immediate activation. Beyond that, Skype is no longer installed by default, but Microsoft Teams is, perhaps highlighting the fact that Teams has really taken off, especially thanks to the global events of the past year.

The Windows Store is also going to see a huge update, both with regards to the visuals and mechanics. Microsoft is going to allow applications using APIs other than UWP to finally become available here, with the company already having announced that we’ll be seeing Adobe Creative Cloud, Disney+, TikTok, Zoom, and even Visual Studio on there. Surprisingly, even Android-based apps will be supported! 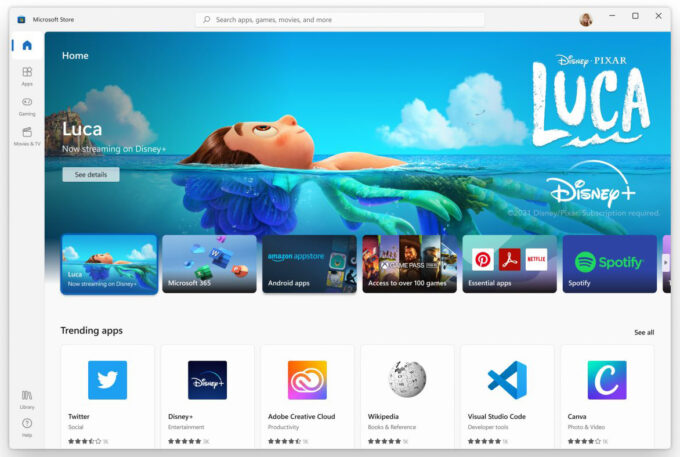 It’s our hope that most of the biggest software developers will make their software available through the Store, so that it could make initial setup even easier. The new Store will support the new winget feature, which means it will be possible to install Store apps through the command line, as well – something that would be ideal for those who prepare installation scripts for rollout to new builds.

What’s truly notable about these Windows Store updates is that developers will gain the ability to bring their own commerce into the Store and retain 100% revenue, while app developers will stick to the competitive share of 85/15.

If you want to see more specific information on what subtle changes will be made between Windows 10 and 11, you can check out the Windows 11 specifications page. With Windows 11, Microsoft is improving the gaming capabilities quite a bit, and that even extends to the DirectStorage feature, which will require an NVMe SSD and help boost level and texture load times in games that implement support for it, similarly to what’s done on the current crop of consoles.

Other small but notable changes include a disabling of Internet Explorer, no more desktop wallpaper syncing between devices, the Timeline and Wallet being removed, as well as some apps also seeing the rubbish bin: Paint 3D, OneNote for Windows 10, 3D Viewer, and as mentioned above, Skype. Those apps will still be downloadable through the Windows Store.

Overall, Windows 11 looks great in some regards, but questionable in others, so hopefully Microsoft will listen to all feedback intently over these next few months, and makes sure the OS has a chance to land and impress from the get-go, rather than launch and disgruntle a chunk of the loyal Windows fanbase.