Windows XP will Have Issues with Advanced Format HDD’s

By early 2011, all hard drives produced will begin featuring a technology called “Advanced Format”, which reduces the drive’s overhead by moving the sector sizes from 512b to 4Kb. The benefit is that less space inside the drive will be hogged by ECC blocks, and it will ultimately result in more available storage on a given hard drive, up to 7-11% more. It might even increase performance, and decrease power consumption, but that’s yet to be seen.

According to the BBC, the International Disk Drive Equipment and Materials Association has given hard drive makers until the end of January 2011 to adopt the standard. That’s quite soon, and gives us a good idea of just how important the change is. As good as it may be, though, there’s one potential issue it seems some people haven’t thought of, and that’s the lack of support for such drives with Windows XP.

The problem is due to the fact that XP isn’t aware of the 4K way of doing things, so similar to alignment issues with earlier SSD’s, the OS isn’t going to install properly, and if it does, it won’t boot properly, simply due to the misalignment. Windows Vista and 7, along with Linux and Mac OS X, are completely unaffected. In fact, the latter two OSes were prepared for Advanced Format before Vista was even released, to the best of my knowledge.

One thing that the BBC doesn’t mention in its article is that there is a solution to the problem, albeit one most home users aren’t going to want to deal with. The first method is to change a switch on the drive itself, which will essentially produce an offset that will trick Windows into not even knowing that it’s using an Advanced Format drive. It’s kind of a hack, but it works. The second method is to use a tool called WD Align, which will also solve the issue.

An interesting thing about Advanced Format is that not only will it make XP installation difficult, but things like disk imaging software will need to be updated in order to support the format. Even if you were to use the offset and install XP on an Advanced Format drive, then captured and image, and then imaged it back to the drive, it wouldn’t boot, simply because it isn’t aware of the specifics. I am sure that by the time the drives become prevalent, though, most disk imaging software (such as our beloved Acronis True Image) will be fully updated. 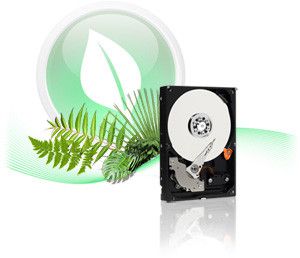 Through the International Disk Drive Equipment and Materials Association (Idema) all hard drive makers have committed to adopting the 4K advanced format by the end of January 2011. Hard drive makers have begun an education and awareness campaign to let people know about the advanced format and to warn about the problems it could inflict on users of older operating systems such as Windows XP. This is because Windows XP was released before the 4K format was decided upon.