With Fire TV, Amazon Takes on Ouya and Chromecast in One Fell Swoop

Ever deal with someone who starts off asking for a little, but then asks for a lot? Well, add Amazon to that list. Not content to sit on your doorstep in corrugated cardboard form, the company now wants in your livingroom. How’s it going to get there? With Fire TV, its ambitious set-top box, announced today.

As the title of this post suggests, Fire TV aims to be a lot of things. For starters, it’s a media-streamer, with support for a wide-range of services, most of which are to be expected (Netflix, Hulu, Amazon, et cetera) – simply put, if you want to watch it, it looks as though you’re not going to run into problems here. Amazon’s Instant Video alone offers over 200,000 TV episodes and movies. At the moment, it’s not clear whether personal media can be streamed to Fire TV, such as with files stored on a home server. 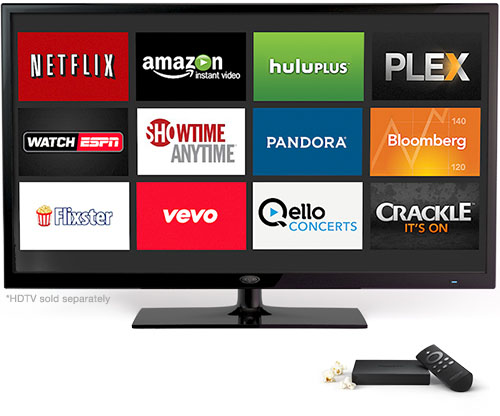 In addition to movies, TV, sports, and other video content, Amazon’s touting Fire TV as being a great gaming device, as well. Based on Android, Fire TV in this manner takes something like OUYA head-on, and so far, it seems to be an angle that Amazon is taking seriously. It’s gone so far as to produce its own game controller, which I personally think looks pretty good. It’s priced at $39.99, and at the moment supports 100+ games (with “thousands more coming soon”). 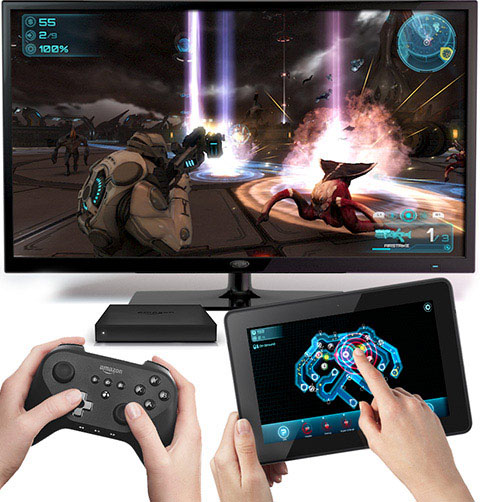 The included remote not only looks simple-to-use, it has the nice perk of being able to listen to your commands. A feature like this is a boon for a product like this, since typing one letter at a time with a remote is an absolute pain. I’d assume that the voice recognition system just taps into the feature Android already offers, so it’s bound to be very accurate.

At $99.99, and given all it offers, Fire TV looks to be an impressive offering – especially so if you’re interested in using it as a gaming device as well.