One of the more important aspects of any MMO game is having some great back-story. To gain an idea of what goes on behind the scenes, we sat down with both Web Fiction Author and also the Communications Director for CCP Games, creators of EVE Online.

I understand you’ve started a major online novella to run on the official EVE website. Without giving too much away can you give me a brief insight into what you’re writing about.

Hjalti: Well the novella is called Black Mountain and it’s an ongoing project and will probably finish in April or May next year. I’m going to be doing a lot of things, one of them is taking a few factions in EVE that haven’t been explored that much and basically turning them on their heads. I also want to explore more abstract issues like what happens when good people do very bad things for good reasons and what it means within the context within the world of EVE. EVE in itself is often a world where things happen in a sort of grey area all the time. It’s a very dark world so I want to explore when good people try to do good things within the context.

Kiersten: Are you basing this around a main character or is this more generalized?

Hjalti: There’s a main character that I’ve written about before, I’ve been writing stories for EVE for over a year now and there’s been a new short story every two weeks since August of last year. And the very first story that I published introduced a character that I always planned to do something more with but then, you know time moved on and I never had the time, and eventually I decided, ok, I’m going to take this guy a lot further. So now, yes he’s going to reappear and he is playing the main part of the Black Mountain.

Kiersten: And you’re keeping this Teen rated along with the rating of the game?

Valerie: Yeah I mean it’s on our website, we have to meet the ESRB ratings. It does get a little dark and there have been times when you have these moments that come right up to the line. 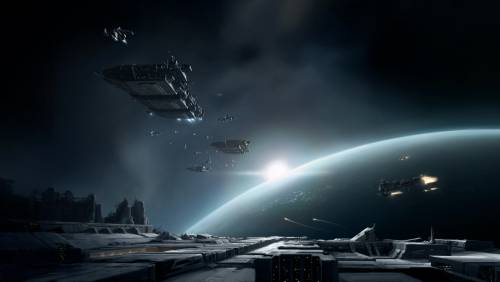 Kiersten: So you basically I said, ok I need to do something with this character, finally, something concrete.

Hjalti: Exactly, and just to have a change of pace, I mean I’ve been writing independent stories now for a year, and every time there’s a new set of characters and every time a new set of circumstances and I just said let’s just take somebody, follow him along for a few months put him through the ringer, have horrible things happen to him and see what happens.

Kiersten: Now are you going to let player actions and in game events affect your story line at all?

Hjalti: Possibly, we just had a reshuffling of our event team so I haven’t quite decided how it’s going to work out with the story, but yes I’ve always been very open to player input both in game and out of game. Black Mountain has two, I don’t want to call them protagonists, but two main characters, one is actually a woman I wrote about a few months ago and was so popular in her own story that the players clamoured to have me bring her back. She’s a very dangerous, very unstable person, so I think it will make good story material, so I said, absolutely I’ll do it. 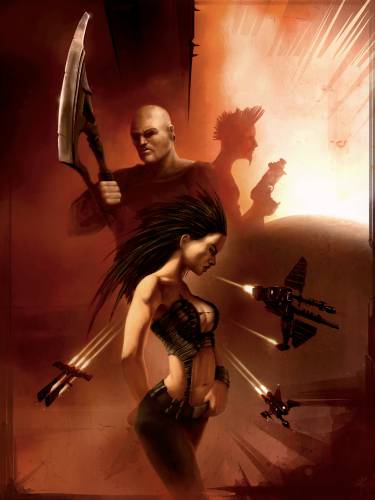 Kiersten: How many chapters do you tend to keep written in advance?

Hjalti: I try to keep as much of a buffer as I possibly can, it depends on the other projects I have because I’m always writing fiction, but I usually have about a three month buffer but with Black Mountain it’s about six to seven months, by now it’s almost all written.

Kiersten: So when is it going to be available hardcover?

Hjalti: Who knows!? It’s on the website and I want to make sure our users can enjoy it but also the reason we publish the stories on the website is to draw in new people. So I’d like Black Mountain to be available to both in game players and new people who don’t have to pay extra for it, so they can be drawn a bit more into the world of EVE. Then after the story is completely out we can look at other options for publication.

Kiersten: I think you’ll find a big market for a hardcover copy.

Valerie: Well there is an EVE novel coming out.

Hjalti: We’re all really excited about it. 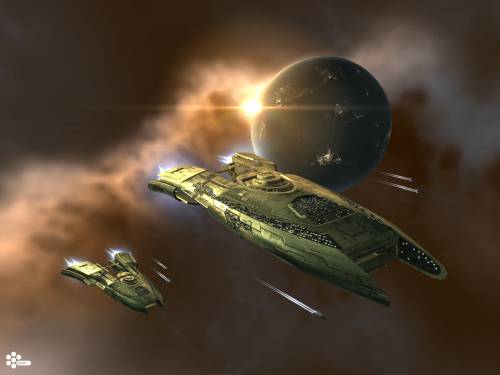 Kiersten: Now we just talked about this briefly before, but can you narrow it down to your top 5 favourite authors.

Hjalti: That’s kind of like saying pick your five favourite children. But I read a lot of science fiction, fantasy, so Dan Simmons, absolutely, is my top science fiction author but it’s actually his tone that I try to reproduce. It’s a little dark, a little twisted, but it’s got a lot of good moments in it. Then there’s the horror author Clive Barker who has done amazing work. There’s also Harlan Ellison who is a well known science fiction author and a total gadfly which makes him all the more appealing. And I would have to say Terry Pratchett, who writes comic novels. What fascinates me about all these authors is the way they actually treat their subject, even though Pratchett works in a totally different medium, he treats these characters is as totally realistic a way as he possibly can. That’s the approach that I’ve tried to take in my fiction, is you’ve got these people in these extraordinary situations and hundreds of years in the future playing space drones but I always try to make sure that they act and speak and react like real people.

Kiersten: What are you reading right now?

Hjalti: The two books that I have in my backpack right now are called Old Man’s War by John Scalzi. It’s a Heinlein-ian science fiction story about what happens when a 75 year old man decides to join the army, and I’m reading Bruce Campbell’s biography as well. I read a lot in my favourite genre, my favourite genre is horror by far, so I read everything I possible could but there comes a point when you realize that if you’re going to be a good reader and a good writer you have to expand, you have to read books, non-fiction, science fiction, westerns, romance, whatever you possibly can, just to expand your repertoire, plus it’s fun.

Kiersten: So what, no Harlequin romance in there?

Hjalti: No I’m keeping that back at the hotel, where nobody can see it.

Kiersten: I know your time is short, is there anything else you’d like to talk about that I haven’t touched on.

Hjalti: Well mostly I just hope people enjoy the stories, Black Mountain just started, published the first installment, a week and a half ago, and it can be going for 8 or 9 months so this is an absolutely perfect time for people to get caught up in the story.

Valerie: And like Hjalti said, too, feedback is very important so our people read these stories, send feedback about them.

Hjalti: Absolutely I’ve always been very open to feedback from players. I have had some very valuable and interesting comments. 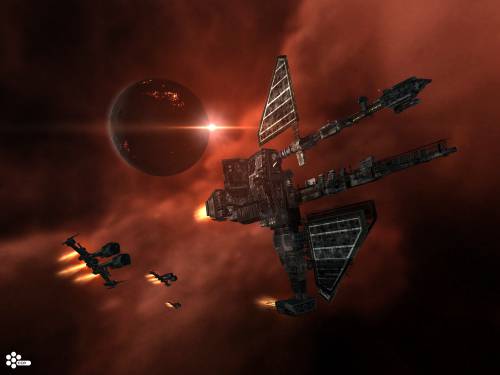 Kiersten: I have a quick question for you Valerie. You’ve been a part of this community off and on since 2003, how has the community changed in all that time?

Valerie: One of the cool things about coming back to CCP after being gone for two years wasn’t to see the changes, because I mean that’s just inevitable, people change, things change. What was amazing was to see all the things that were still the same, specifically players who were still around, people on the dev team who were still there. We still have most of the original GMs are still GMs.

Hjalti: I started out as a GM back in beta times and I just did not want to leave the company, so I just got promoted so I could stay around.

Valerie: So yes we still have at least over half a dozen of the original GMs. So that’s been the coolest thing for me, is all this stuff that is a little bit different. Everyone is a little bit older, may look a little bit different and there’s certainly lots of new faces but it was really like a homecoming. As far as changes, of course the company has got larger, but I also think that the community as a whole, and this includes people who have been there all along, but I think everybody got smarter. In the beginning EVE was and has always been about the player conflict, I mean it’s not Hello Kitty online. And so it has always had that aggressive drive, but also just people learning to manipulate each other and manipulate the system and just pull off these amazing heists. I never expected to see any of that. And plus learning to work together, it’s not just a few guys over here and a few guys over there, but you see these massive battles, so that’s the biggest change for me.

Kiersten: Thank you both for your time.

You can read all of the stories at the official site’s chronicles archive page.