When it comes to games, more often than not, hype is usually a bad thing. It sets expectations unrealistically high and gamer hearts sink to the bottom of the ocean. However, every now and then, a game comes along that not only meets these desires, but exceeds them. Ladies and gentlemen, BioShock Infinite is one such title.

Where to begin with this game; I’m at a loss for words. When the original BioShock graced our screens all those years ago, reviewers and critics fell in love immediately. It would seem that history is repeating itself, as we have before us another masterpiece.

Forgive the number of clichÃ©s and usual floral and eloquent idioms that are likely to be included in this review, but I am dumbstruck with this game. From the very beginning, you know that this is something special. Maybe it’s the strong religious overtones, the exploration of the human psyche, the uncomfortable reality portrayed as you descend into a world littered with altered history, prejudice and persecution. The entire BioShock series is based around ‘What if?’ scenarios, and Infinite certainly takes the old noggin for a spin and a dance.

For the most part, I would like to leave the story well alone – not just from a spoiler perspective, but the less you know, the more you’ll enjoy the game. My only advice is to pay attention to the little Voxaphones and conversations, and slowly but surely, things will fall in place. For those that care little for the story, there is plenty of game to keep you gripped. 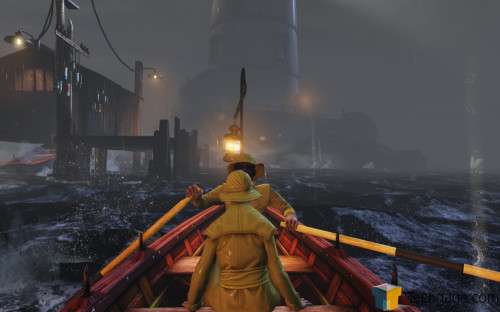 Those who have never played a BioShock game before, have little to worry about, as previous games have little to no impact on Infinite. Take the game for what it is and just simply leave events to unfold. The only things carried over from the original games is the use of Vigors and the stunning visual effects engine that made water so beautiful. 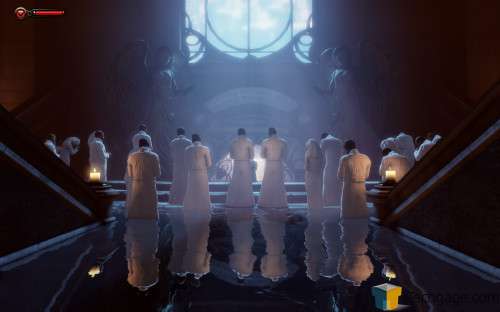 BioShock Infinite is based in the early 20th century, but is somewhat corrupted by the joys of modern science – in the form of Quantum Mechanics. Flying cities, mechanized contraptions and sales units, ‘metal men’. It’s all a bit steampunk in places, but with a healthy dose of Tesla thrown in. The technology may be modern, but the mentality is not. The racism and prejudice that runs afoul will leave many feeling uncomfortable. Society is gripped by the iron-fist of religion, guided by a prophet that has seen much of the future – or so he claims. It’s a beautiful world, but filled with many dark secrets and disturbing history lessons. 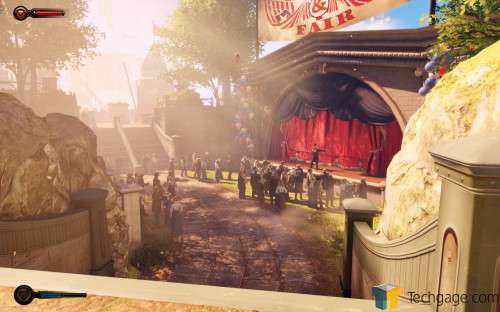 “Bring us the girl and wipe away the debt.”

What little of the story I’m willing to divulge is that you play as Booker DeWitt, a mercenary of sorts, sent to collect an individual called Elizabeth. She is not a normal individual, being the daughter of the Prophet, so things become complicated rather quickly. However, she does end up assisting you throughout the adventure as your companion. And what a companion she is.

In no other game that I have played, has such a character been so vital to the story, but also to the gameplay. She does not run blindly into aÂ gunfightÂ with only her pride to fend off evil, in fact, she does not fight at all.Â She is a real support character. 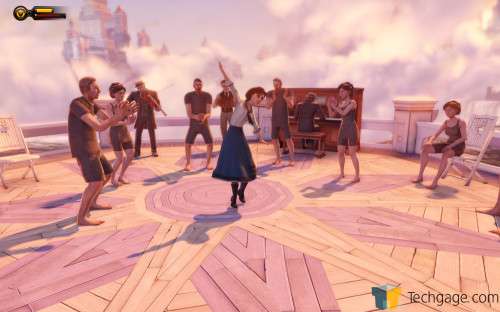 With guns blazing and ammo low, she throws you scavenged ammunition. Used one too many Vigors? Have some salts. The Vox Populi made you into a mobile pin-cushion, have a health pack. Even a casual stroll through the streets, she will often find money to throw your way. A code needs cracking, a lock needs picking, some clue left you scratching your head, she’ll be there for you. She is the brains to your brawn. 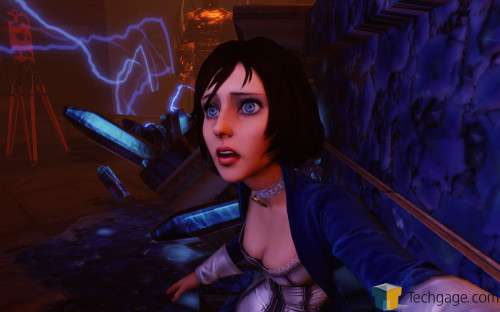 However, the beauty of the character is much more subtle too. She melds with the environment seamlessly. Leaning against walls, poking through bookcases, caring for the ill or impoverished, all of her own will. An inquisitive nature. But as you progress, all is obviously not well, and it’s at this point I need to be selective with my words. While Elizabeth may be pure support, she also introduces one of Infinite‘s innovative features to what largely remains a story-driven shooter; the concept of tears.

These little pockets of altered reality can be brought into existence, to assist in your struggle against he numerous enemies that you seem to acquire. An ammo cache here, a box of medikits there, a freight hook with which you can fling yourself towards to provide a certain height advantage over your adversaries. 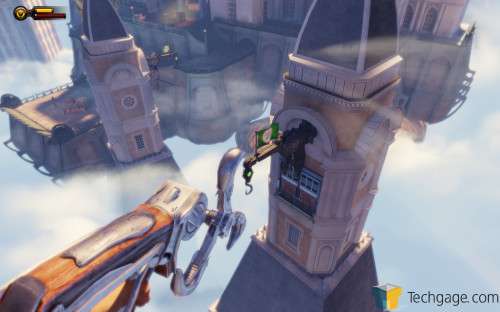 One of the other key innovations comes in the form of the Skyline Hook – a magnetized, triple hooked rotary device at the heart of both trailers and gameplay. Not only is it a melee weapon, it also links in with the whole floating city concept. While common folk may travel by airship and tram, those that protect the city from the falseÂ shepherdÂ get to use what can only be described as a ‘hands-on’ rollercoaster. Screenshots do little justice for the very thrilling ride, as you leap from building to building, rail to rail, and sometimes, rail to body – oh those poor saps.

One of the core gameplay elements of the BioShock franchise is the use of Vigors. These can be considered, for lack of a better term, Magic. Fireballs, possession, lightning,Â telekinesisÂ  water-jets. It’s all there. These are progressively learnt as you explore the game, often leading you to find alternative uses for these abilities. These consume salts in place of mana, but still makes use of the iconic blue. 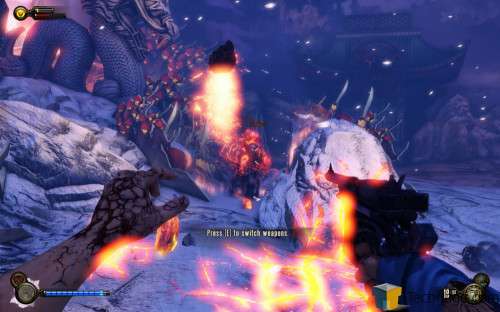 Speaking of colors, wow… just wow. There is just so much eye-candy to be blinded by. From the iconic water effects of the BioShock series, to the religiously inspirational stain glass and candle light – Awesome, in its true sense. The style is very conformative to the historical era, while still branding its own flare and exuberance of a world turned upside down with modern technologies and egotistical madmen. 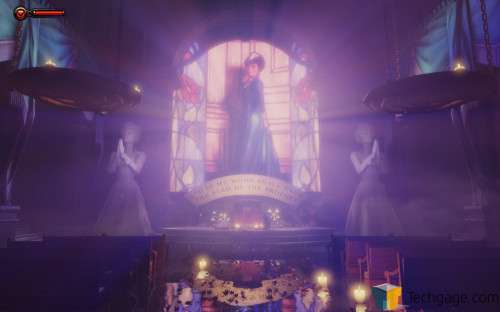 So with all these innovations, long standing mechanics, epic story and fabulously crafted world, how can BioShock Infinite be best described? In a word, polished. Progression is fluent, combat is tactical and can be engaged in many ways, the characters are endearing, the voices are soulful, the graphics inspiring, there is just so much done right it brings a tear to the eye. The fine developers at Irrational Games should be damn proud of themselves, and we give a hearty pat on the back to the folks at 2K who allowed them to release the game in this state. 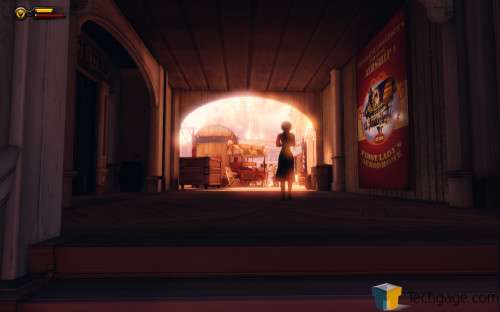 Was the hype justified? Yes. Was it worth the wait? Yes. Is it a masterpiece? Yes. BioShock Infinite is a beautiful, elaborate and intelligent game that will stand the test of time. As a reviewer and critic, this is an excellent game and worthy of praise. As a gamer, all I can say, and with utmost sincerity… Thank you. Now please sir, would you kindly make some more? 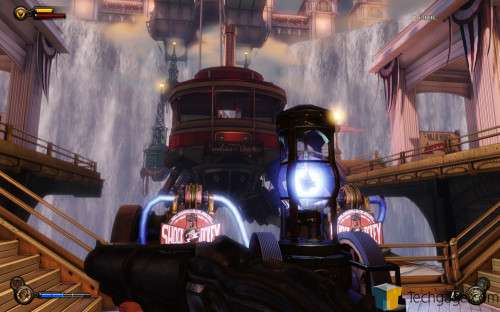 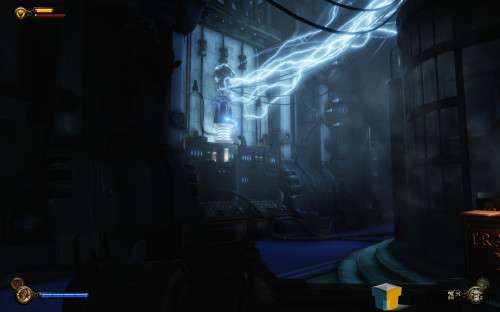 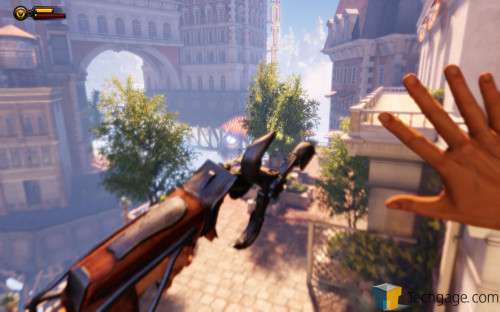 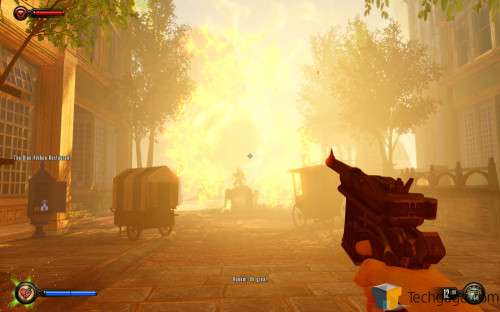 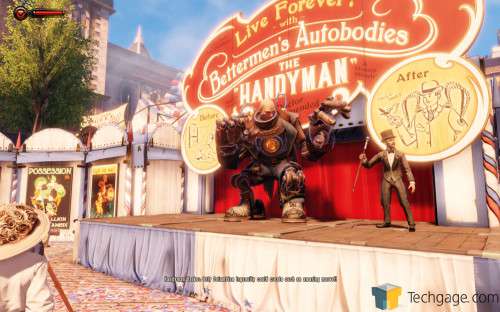 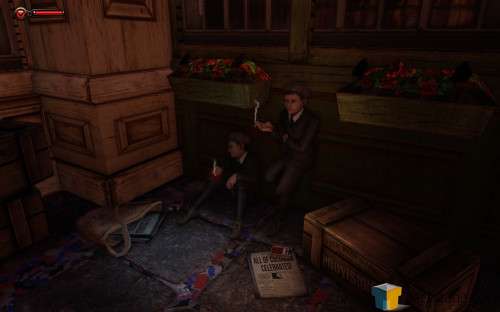 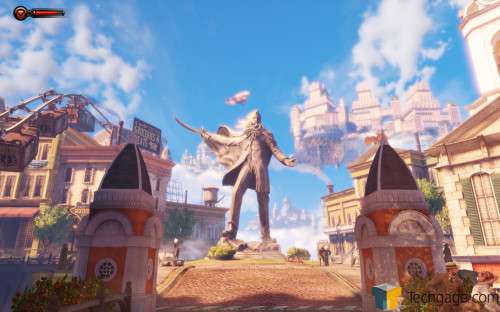 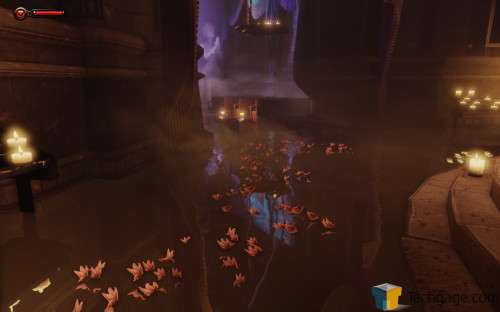