Dying Light Review: Because The Night Isnât Just For The Living Anymore

Are you afraid of the dark? How about if youâre in the midst of a zombie outbreak? This is the recipe behind Techland’s new zombie survival game, Dying Light. Will this be a shining beacon in Techland’s turbulent zombie history, or are we just insane to think it’s done better?

Dying Light Review: Because The Night Isnât Just For The Living Anymore

Zombies have been done to death, right? Well, Techland, creators of Dead Island, believes that there are many more opportunities in which zombies can still be scare you out of your seat. Techland’s new formula revolves around the day/night cycle. While this may sound rudimentary, it provides an opportunity for the game to ramp up the difficulty, while the player remains informed through in game assets.

This simple yet effective mechanic is not without its drawbacks. The developers chose not to include a way to modify the game’s difficulty level when you first start the game or when in game. Keeping the zombie threat at one level made killing zombies nearly effortless when I got about half way through the game. I was just laying waste to all but the biggest guys in one swing, although the nighttime big guys did take a few more. 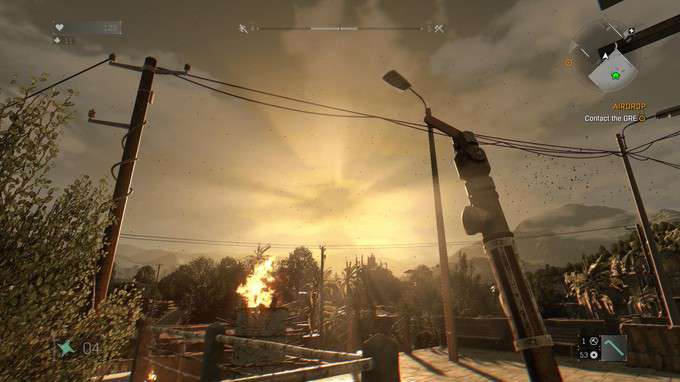 At one point I had assumed that the difficulty would ramp up when playing co-op, but that did not happen either, even with 4 people. The only change that I had noticed was the number of zombies on the screen. This was a little disappointing because the things that made them formidable, like grabbing and fast moving specials, were all but negated when we would coordinate our efforts towards a particular goal.

There will be greater opportunity for more difficult environments in future DLC and with the announcement of MOD tools on the horizon, so these initial complaints could be a distant memory soon.

The difficulty of the zombies arenât the only obstacle in your way; interestingly, the city of Harran itself is its own challenge. Taking a page from the book of free-running, Dying Light is about quickly moving through the city. Going either above, below or in-between, you will have to navigate your way through hundreds of zombies just to get to your destination. 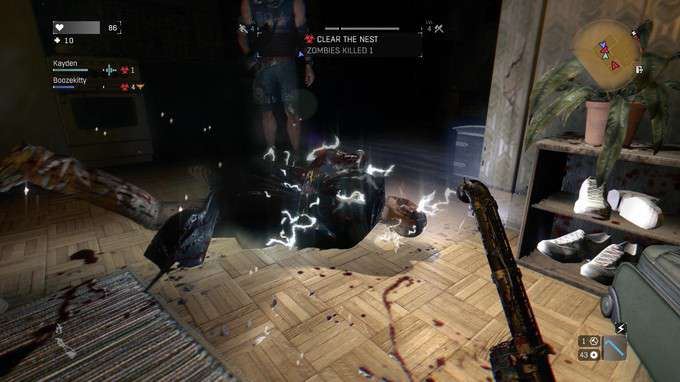 While you make your way through the game, you will also earnÂ experience in one of three categories: Agility, Survivor,Â and Power. The agility is rewarded when you traverse the world in non-conventional ways, like jumping from roof top to roof top. The survivor rank is the general experience and is given for completing missions, rescuing people and etc. The power rank is increased by killing zombies, more zombies and even more zombies.

There will always be a well-stocked supply of zombies in the city because it was recently the center of a major sporting event, similar to the Olympics. This event brought many people from around the world and the survivors are a diverse mix of these people. I loved hearing the different accents and terminology used; it truly felt like an international event had taken place before this horrific outbreak.

The outbreak couldnât have come at a worse time geo-politically. The worldwide Global Relief Effort (GRE), a lot like our UN, had recently lost control of one of their assets who had taken a sensitive document into the area and gave it to someone as insurance. This is where Kyle Crane, the player, comes in; you get air-dropped into Harran to find the location of the assetâs compatriot – who is unknown – and the file, and bring the document back to the GRE. 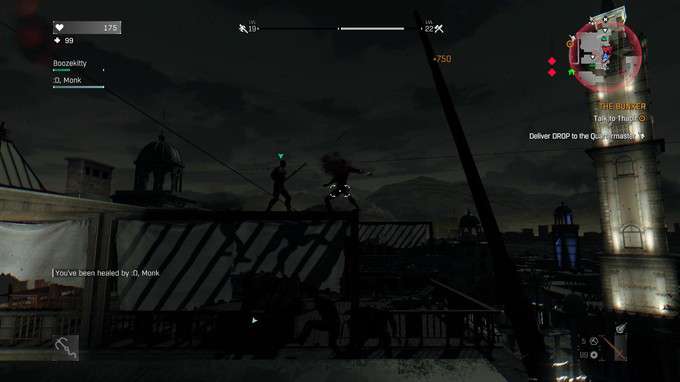 Not too long after youâve arrived you yourself become infected but you end up with the most humanitarian group in the area. They provide you with Antizin, a drug that will suppress the infection but only for a short time. Despite their initial help to keep you alive, they donât trust you and gaining that trust is not going to be easily won over with a smile and promises to help. Oh no, you have to prove your worth.

From here the story and city opens up to you, but that isnât all; there is also a crafting and scavenging system in place. The crafting system is managed by the blueprints you find hidden or given to you throughout Harran. The scavenging system is just finding basic items like tin cans, string, batteries,Â etc. These things allow a player to either craft specific items or augment a melee weapons damage potential. 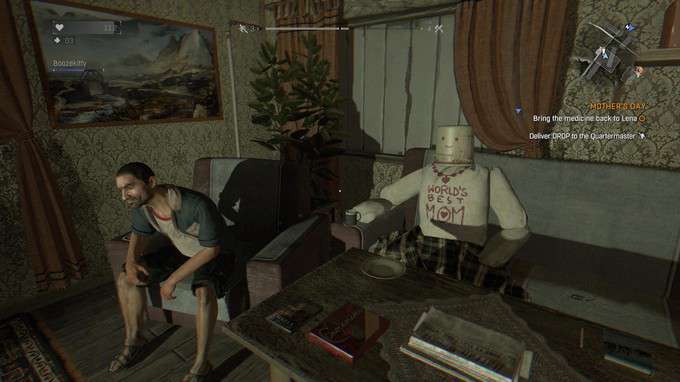 The melee weapons can further be upgraded by finding and applying an upgrade kit to increase a weapons durability, handling and damage. Durability is the probably the most important stat of any weapon because it determines how long you can use weapon before it has to be repaired and how often can be repaired. This makes upgrade kits a valuable commodity and the rarest. Unfortunately the ranged weapons are a one trick pony, there is only one damage stat between the playerâs levels but they should increase just like melee weapons. Techland says they are working on a fix for this but have not given an ETA.

The scavenging can be mitigated by taking advantage of the free portable companion app. This allows a player to send themselves crafting items, weapons or ammo at no cost and in relative short time. The only limitation is 20 items per box shipped. A good way to waste time while waiting for that next appointment to roll around. 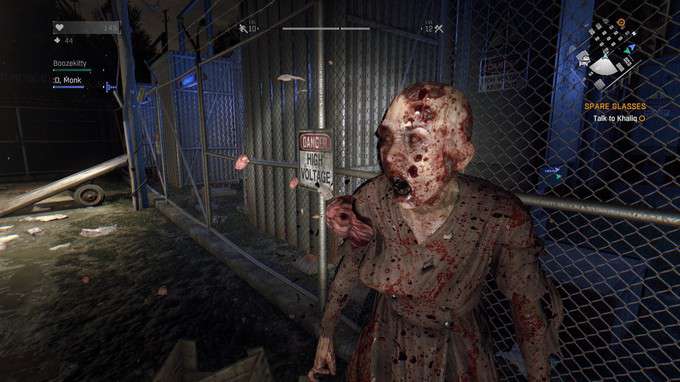 The game takes advantage of the studio’s proprietary game engine, Chrome. Now in its sixth generation, it still holds back the ability to change many of the graphical features. I do think the game looks nice but certain features are annoying. One example isÂ a red and blue distortion around a person or objects edge when direct light is shining on it. There are even confirmed reports that the draw distance, field of view and an NVIDIA-specific feature cause drastic performance issues when enabled or increased.

The performance problems do not end there, Iâm afraid. The game suffers from poor performance on AMD CPUs. There are specific DX11 issues causing black screens; moreover, multi-GPU systems only gain a few FPS and there are of course more issues that arenât as rampant. While these arenât all game-breaking, it is disconcerting that the game was released with the number of issues it does have. At the time of writing this there was no ETA on a fix.

The day and night cycle is a beautiful-looking asset and the art in the game, especially the zombies, is fantastic. The character animations are especially impressive. Take the running zombies: they donât just start moving towards you at full speed like they were at full sprint. Oh no, they actually have to perform a running start where their heads are down and then look up as they get going. This attention to detail is something I admire greatly. 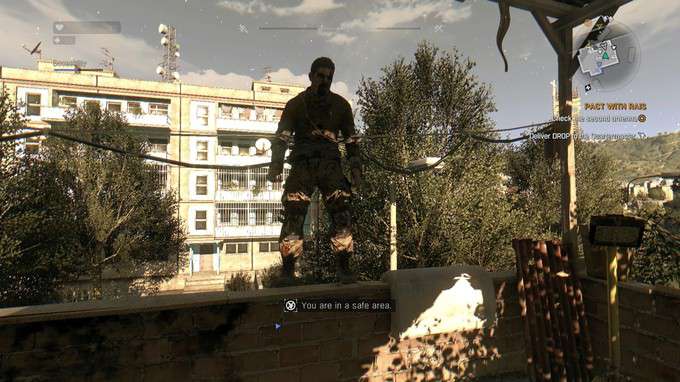 I mentioned before this game has co-op; in fact it supports 4-person co-op, and if youâre in the mood for it, one player zombie. The co-op worked well; it was easy to join, and when playing with 3 or more people if the host dropped, the game would keep going along the original hostâs story. It wouldnât drop you back into someone else story. This is especially useful to those with spotty internet.

The sound effects are generally vibrant and distinctive. The ranged weapons are the only exception. They sound muffled and all of them sound the same except for how often they shoot. The voice acting did not disappoint in either execution or authenticity of the accent they were speaking. Not an easy thing to do but they pulled it off. There were some dry moments but it felt that was more about the writing than the actors’ performance.

In the end, Dying Light does a lot of things that make it a solid game but what it does innovate in becomes blasÃ©. The performance and technical bugs are the biggest concern here so if youâre looking for a perfect performing game, then give this developer a bit more timeÂ to get things sorted out.