As a leader in the global memory market, Kingston Technology has been in the game for almost 20 years. Focusing on products ranging from flash cards to system RAM, they are the worldÃ¢â¬â ¢s largest independent producer of DRAM and with offerings to the PC community consisting of memory for printers, servers, PDAs and gamers; they certainly have a strong stable of products. Founded in California in 1987, Kingston started with one product and has grown into the position that they are in today.

With more and more companies diversifying their product lineups, Kingston has remained committed to providing gamers with high quality system memory. As a site primarily aimed towards gamers and enthusiasts, Techgage has reviewed a considerable amount of system memory. In fact, we have reviewed more RAM than any other single type of hardware. Back in September, we took a look at KingstonÃ¢â¬â ¢s HyperX PC2-8000 and in that review, Rob loved how the RAM performed. On the bench today, we have KingstonÃ¢â¬â ¢s PC2-6400 2GB kit (KHX6400D2LLK2/2G) and with any luck, we can get similar performance out of these as Rob did out of the PC2-8000 kit he looked at in September. 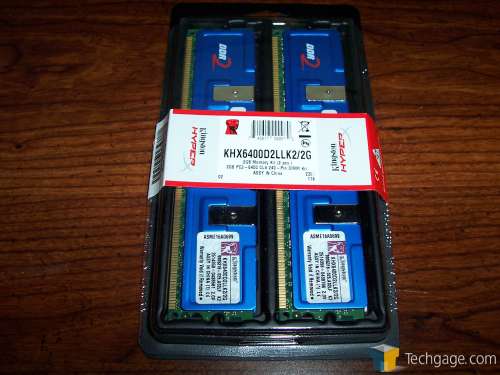 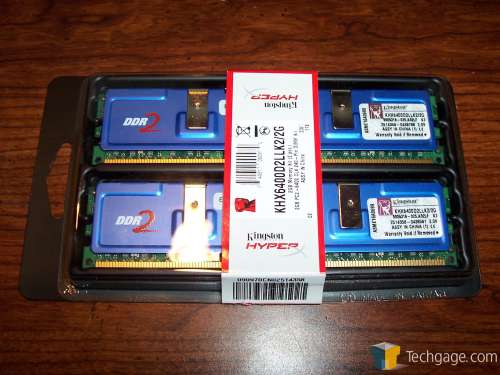 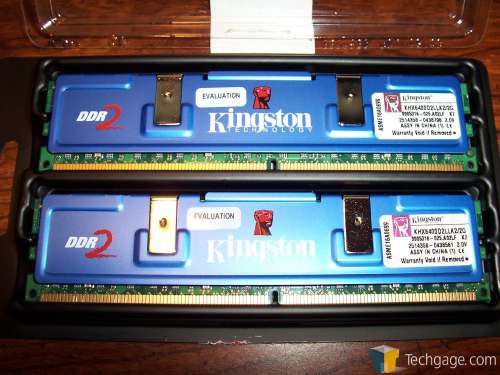 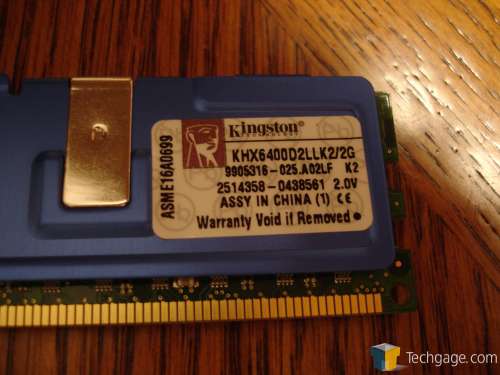 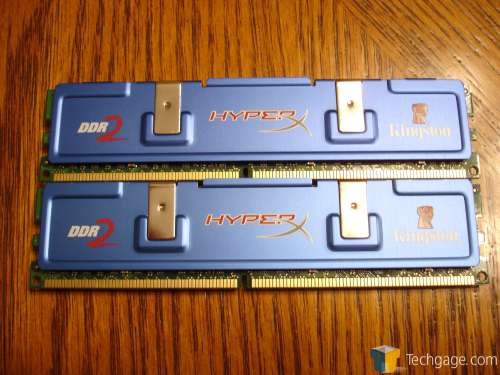 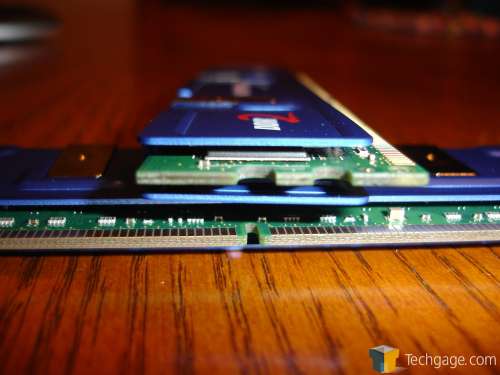 With this RAM being a member of the HyperX lineup, we should see some decent numbers. Kingston has long catered to the gaming and enthusiast community with this line-up of memory and with this in mind, we like to keep certain testing elements consistent from review to review. My current testing bench includes the following hardware:

We always test on a fresh install of Windows XP and any unneeded system services are shut down. Prior to testing, the OS drive is defragmented any and all scrap files are removed, including anything in the recycling bin. By doing this, we eliminate as many variables as we can, to get a good idea of the raw power of the RAM.

The different speeds that will be tested are the three rated speeds with the factory rated timings, as well as stock speed with lower timings. Finally, the results will include a max overclock and the corresponding scores.

First up on the bench is Sandra. Sandra is one of those benchmarking apps that everyone should have in their digital toolbox. Not only can you bench your memory, but virtually any component of your PC as well. In this review, we are using Sandra XIb. 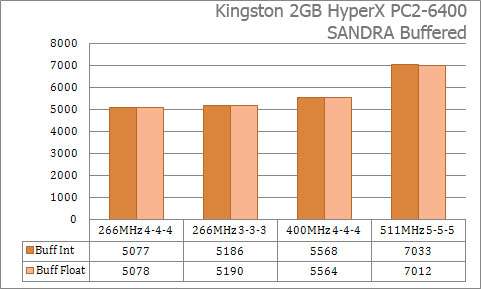 Next up will be Everest. Like Sandra, this is a program that is versatile but primarily focuses on CPU, memory and disk drives. Ultimate edition 2006, version 2.80.534 will be used in this article. 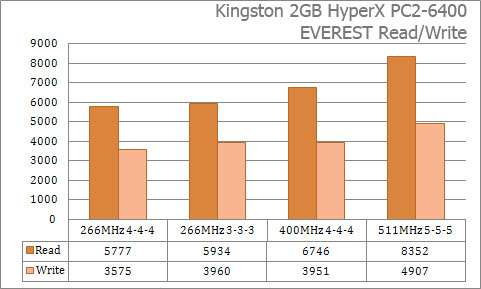 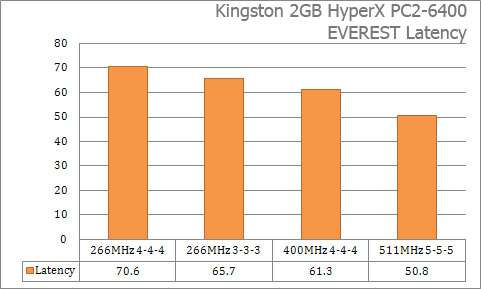 The final piece of software that we will be using is Super Pi. While critically dependant on CPU speeds, memory timings do make a difference in the results. 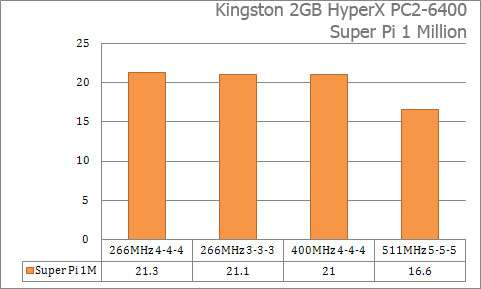 With AMD and Intel both rocking hard with DDR2, itÃ¢â¬â ¢s clearly become the norm in system memory. With this kit offering a stock CAS latency of 4, the value of these sticks is apparent. While overclocking was somewhat limited by hardware other than the memory, the fact that this kit was able to reach a touch above DDR 1000 speeds was great. The modules are attractive and the fact that itÃ¢â¬â ¢s a kit from Kingston certainly speaks for the quality. Known for a long time as a company that has its act together, the RAM tested today is a testament to Kingston and the direction that they are heading towards. 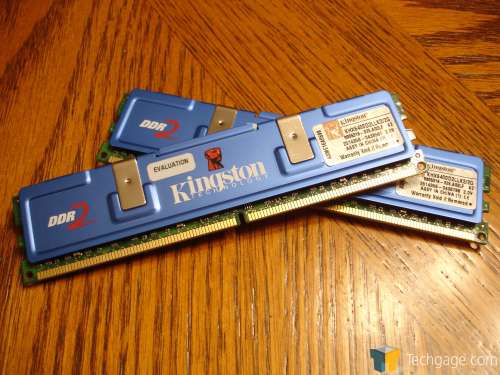