There are a number of reasons why gaming can be so much fun, but one of the highlights is that it allows you to push aside real-life for a bit and become someone or something else for a while. At any given moment you could be an Italian plumber on a personal quest to find a princess or could be fending off hordes of zombies trying to protect your town or maybe even the universe.

Of all the characters you could play as, however, could there possibly be a cooler role to assume than that of Death, one of the four horsemen of the apocalypse? I think not.

The original Darksiders became somewhat of a cult classic right from the get-go. It featured an interesting aesthetic, superb gameplay mechanics, cool environments, an epic soundtrack and possibly best of all, an intriguing story. Sure, stories featuring the four horsemen aren’t uncommon, but Vigil Games’ rendition captivated audiences all over.

Continuing this epic story, Darksiders II is neither a prequel or sequel – rather, its story perfectly aligns with that of the original game. You might recall from that game that Death’s brother War was accused by the Charred Council – the group which maintains a balance between heaven and hell – of starting an apocalypse prematurely. Throughout the game, War’s quest was to find the one who summoned him and to clear his name. In Darksiders II, it’s his brother Death that more or less seeks out to do the same.

If you were a fan of the original game, you’re pretty-well guaranteed to enjoy this follow-up. All of the hack-and-slash aRPG elements are brought back, but this time with a larger world to explore and a lot more to do. If the original took you 25 hours to beat, expect this one to take you even longer – a lot longer if you are a completionist.

At the start of the game, Death is introduced to the story in much the same way War was in the original. You’ll quickly be back to hacking and slashing, finding minor secrets right from the get-go. You ultimately reach Tri-State, a small town where you will learn much about the current state of the world. Your first order of business is to help the local forge get back up and running, eventually completing enough objectives to reach the Tree of Life to restore the world to its pre-apocalyptic state. 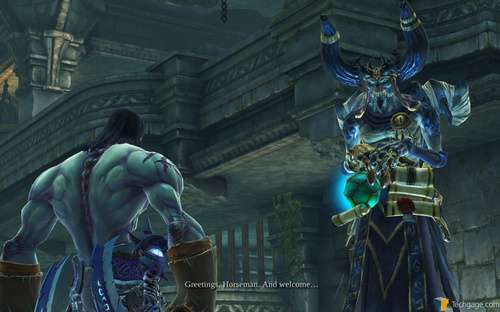 Though it might seem like an odd comparison given its gritty nature, Darksiders II offers similar gameplay elements as a Legend of Zelda game. Both series feature familiar over-world areas to explore and many dungeons within each – and Darksiders even has dungeon maps located inside each. Perhaps the biggest difference is that Darksiders II has a lot more chests to locate and open… a lot more. Aside from phat loots dropping from bosses, the harder to reach or more secret a chest is, the better the chance a good piece of equipment is going to drop.

Generally speaking, the objective of each dungeon is to clear on through to the end and then take on a massive boss. Some dungeons exist only for side-quest reasons, but all tie into the story in some way. Helping to prolong the number of hours you can sink into the game, many of the dungeons in Darksiders II won’t be left alone after a single visit. As you gain new abilities, many can be explored a second time in order to access areas previously deemed impossible. As you’d expect, this is a great way to earn better gear and even health / wrath potions if you are running low. 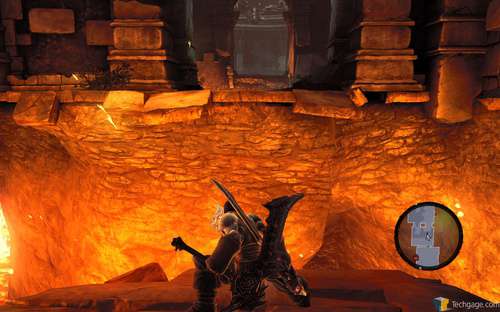 Side quests in Darksiders II should not be avoided, as they aren’t run-of-the-mill “go fetch 10 of these from this one area you’ve visited 12 times before” quests. Sometimes they can introduce entire dungeons that have little or nothing to do with the main quest. One such example is with “The Hammer’s Forge”, a quest where you can go and recover a lost sword from a dungeon for an NPC. Embarking on this quest, I didn’t realize that I’d be spending more than an hour in a totally unique dungeon, which can almost be considered a reward in itself (don’t worry, you get XP as well).

Currency in Darksiders is called Gilt, and its earned by slaying monsters, looting chests or by completing a quest. Gilt can purchase any type of equipment in the game, while special items can be purchased with Gilt and Boatman Coins (which are hidden all over) from Vulgrim (yes, he’s not only assisting War, but also you). If you’re unable to find a good loot drop for one of your equipment slots, you can visit an NPC to purchase one (along with potions and even new attack moves).

Introduced in Darksiders II are possessed weapons – acquired either by a very rare drop or purchased from Vulgrim at random for a lot of Gilt and Boatman Coins. These weapons are bland from the get-go, but can be leveled up by sacrificing other weapons and equipment – the better the sacrificed item, the faster your possessed weapon levels. At each step of the weapon’s five possible levels, you’ll be able to choose a bonus; element, defense, arcane bonus, strength bonus and so forth (a screenshot on the ‘Extra Screenshots’ page of this review shows off an example of a possessed weapon). This helps you fine-tune any possessed weapon to better suit your playstyle.

Sacrificing equipment would be difficult without an actual inventory, so that’s another feature that’s been added – and it’s a huge one at that. This is another mechanic that will allow you to change the way you play as you go. For regular mobs, you might choose to use a fast secondary weapon, while for that fire boss, you may choose to use your slow but powerful frost blunt weapon. There’s no weight limit, so you can fill up and purge only what you don’t need, either by selling or sacrificing for your possessed weapon. 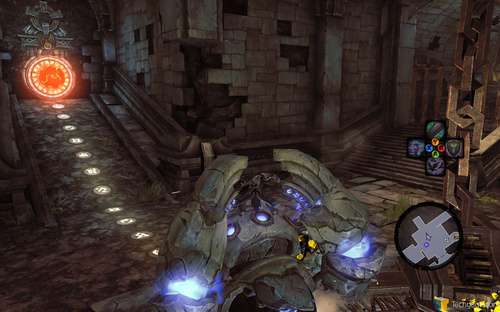 Your skill tree in Darksiders II consists of two sections, each of which focuses on a slightly different playstyle and all of which relate to your “Wrath” (a fancy name for mana). On the Harbinger side, skills focus on straight attacks and similar bonuses, while the Necromancer side, as it sounds, has you summoning help. You acquire one skill credit per new level gained, and each skill can be leveled up a total of three times. At any given time, Vulgrim can be visited to reset your entire skill tree for a small fee, in case you want to spice things up.

Wrath skills are common, and you’ll be filling up your Wrath meter regularly while in combat. If you’re in bad need for Wrath at any given time, you can pop a potion to restore about half of your bar. As in the first game, you can transform into a Reaper form when that meter is full, which takes a while to accomplish. Once you transform, you’ll be able to unleash extremely powerful attacks for a short time, so you only want to use it when absolutely necessary (such as at a boss).

We’ve talked about possessed weapons and side quests already, but another mechanic I’d be remiss to mention is “fast travel” – the ability to instantly travel to a location you’ve already been. Generally, the area the game drops you is a small run from the actual location, but this is a massive advantage over the first game. Making this feature even sweeter, you’re able to use it while inside of a dungeon – say, to return to town quick to purchase a couple of potions. You’ll then be able to return to that exact location within the dungeon so you don’t skip a beat. Sure, this sounds a little too lenient, but it’s really appreciated given some of the runs would be very long otherwise. 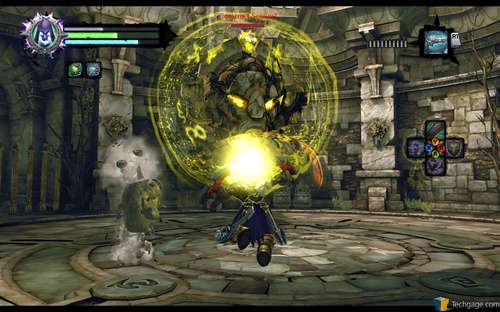 Throughout the journey, you’ll gain a couple of special abilities that are required not only to complete the main quest, but also access secret areas needed to collect everything the game has scattered about. Your first special ability is Redemption, a simple pistol that allows you to shoot down Stonebites or anger enemies. Deathgrip is your first truly useful ability as it will allow you to swing from special hooks, allowing you to reach areas that would otherwise be impossible.

Other select abilities that come later are Interdiction, allowing you to summon and issue orders to dead lords and Voidwalker, allowing you to open up a portal at pre-defined locations to once again help you reach areas that require it. As mentioned before, these abilities encourage you to revisit old locations with the hope of finding useful gear.

For completionists, Darksiders II delivers. Stonebites, as mentioned above, are scattered all throughout the world in blue, red and yellow colors. Finding 3 of any of these and bringing them back to an NPC golem will increase the innate stat of your character; Arcane for blue (Mystic), Strength for red (Power) and Resistance for yellow (same name of Resistance). Blue stonebites are the most common, while yellow are obscenely rare and hard to find. Chances are good you’ll be referring to guides to acquire all of them.

Like Stonebites, Boatman Coins are also located all of the world, though these serve only the purpose of allowing you to purchase special and non-required items from Vulgrim – and speaking of Vulgrim, other items to seek out are Book of the Dead pages. A total of 40 of these exist, and for every 10 that are found, you’ll gain access to a Death Tomb consisting of Gilt and chests with likely desirable loot. 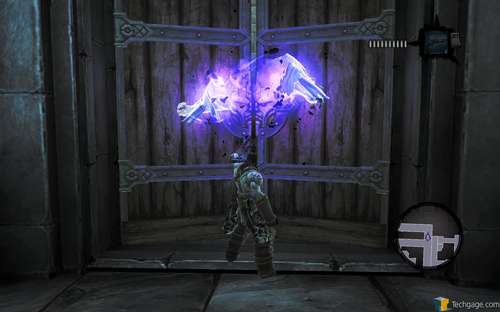 And then there’s The Crucible. Earned about a quarter of the way into the game, The Crucible is an arena that allows you to battle wave after wave of enemy in order to earn special items and gain some loot. It’s split into four tiers, with the latter being recommended only if you are the maximum level of 30.

By now, you can likely tell that Darksiders II has a lot of content, and it does. Even if you are to skip over all of the side quests, the main game will easily suck down 25-30 hours of your time. You could probably double that if you do take advantage of side quests, search out all of the hidden objects and of course, take advantage of The Crucible. If that’s not enough, once you complete the game you’ll be able to start the entire thing over without losing your level, equipment and so forth. If that’s all still not enough, don’t worry, there is DLC en route.

I was a relative fan of the original Darksiders, but I’ve found myself far more drawn into the world of this follow-up. Everything that made the original so memorable has been amped up here; the music, the locations, the added mechanics, the story… it’s genuinely top-rate. If you appreciate a good fantasy game with a lot to offer, Darksiders II should not be missed. Trust me. Still not sure? Check out additional screenshots on the following page, and don’t miss the video we posted on the first page showing off the first 20 minutes of the game. 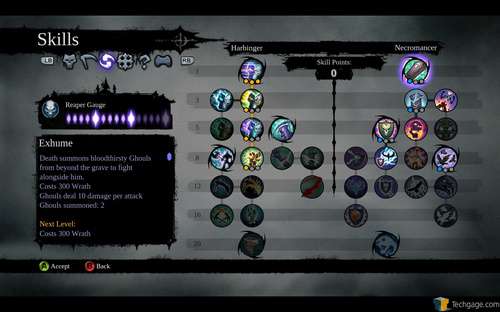 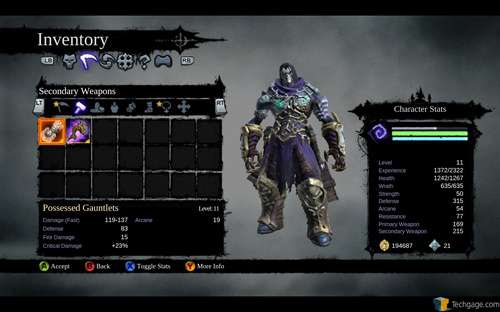 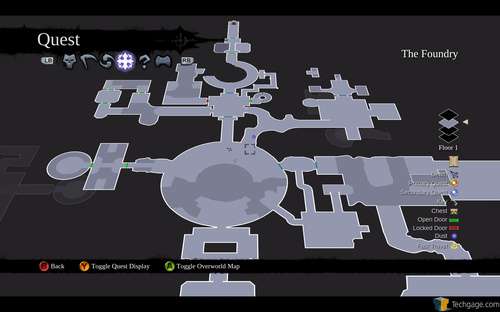 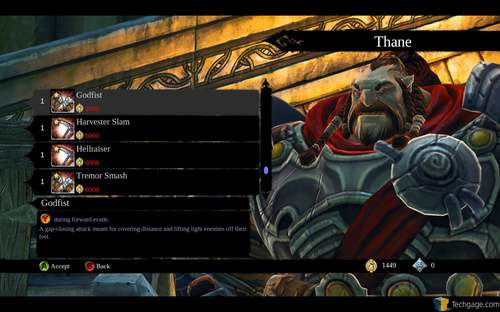 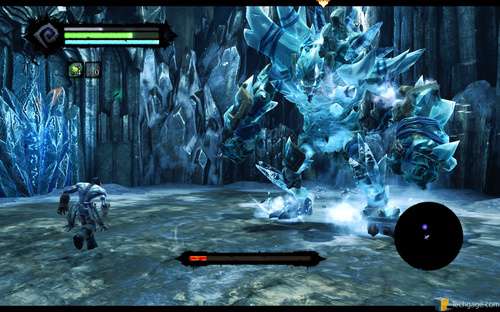 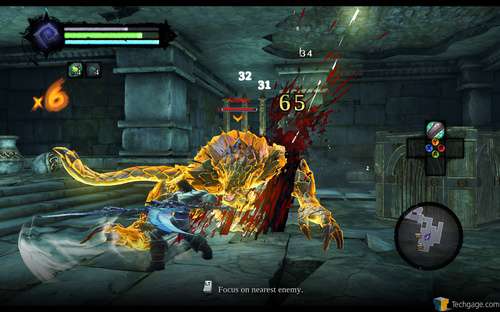 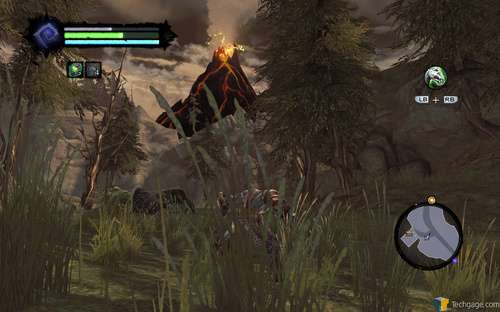 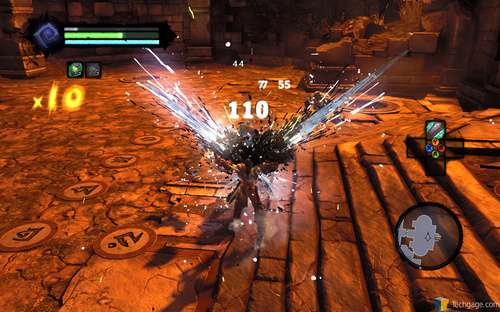 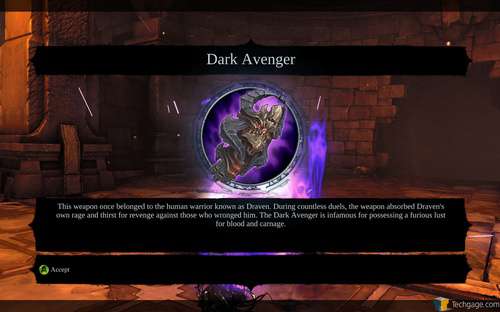 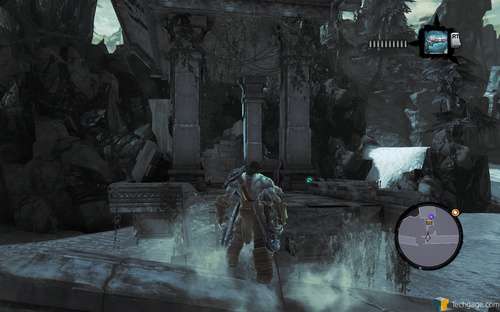 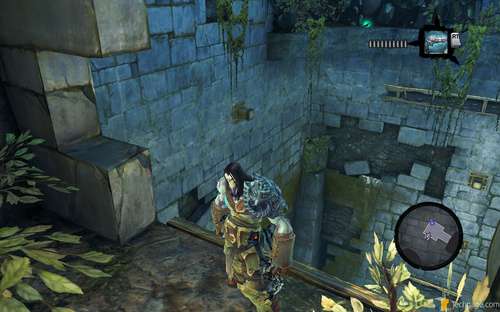 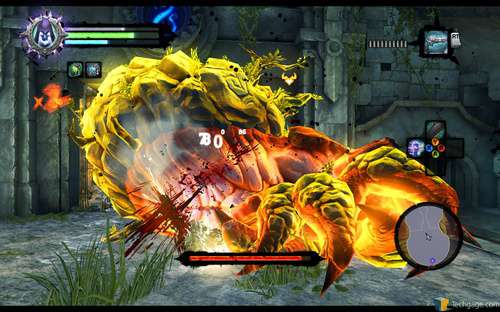 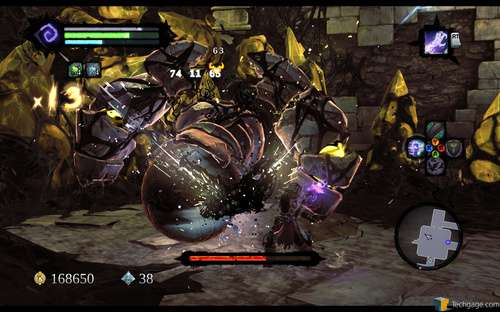 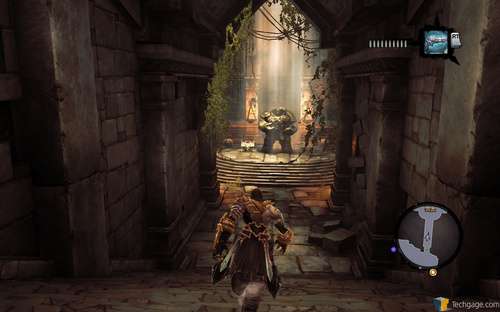