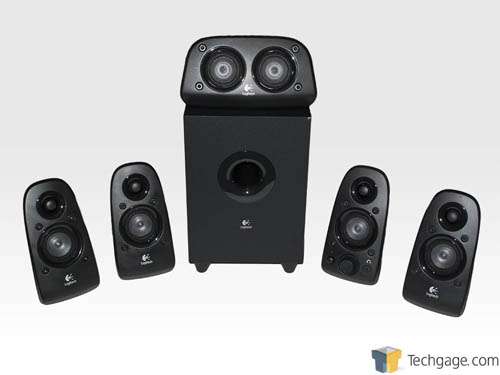 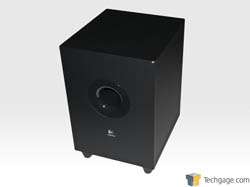 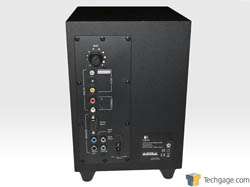 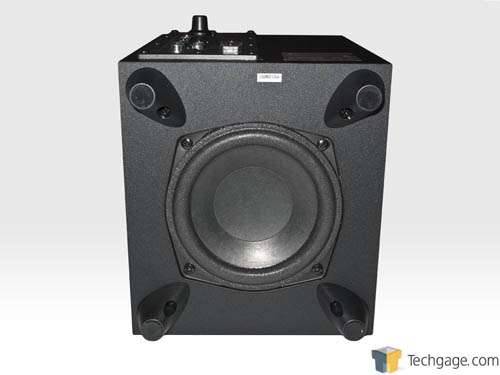 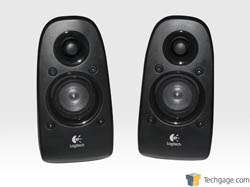 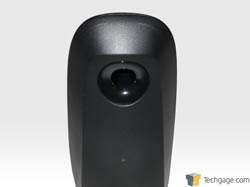 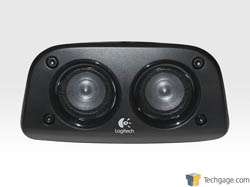 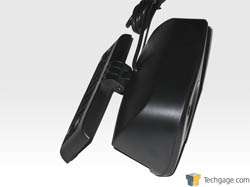 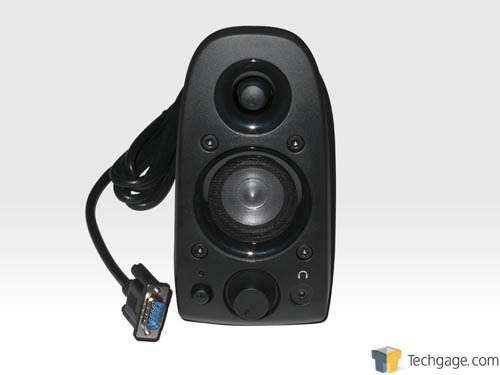 Testing a surround sound set can be a little more tricky than it first appears. Accurate surround sound is a complicated affair, balancing volume, speaker direction and placement. The audio card and media also play an important role in the final results.

First we will be starting with quality, running through a large library of music, games and movies to pick up any audible weak spots, then moving onto the surround sound for positional tracking.

A $100 setup for a surround sound system, there are certain, mostly unpleasant, expectations; corners have to be cut somewhere to get the price down, and it is usually the audio quality that suffers. Much to my surprise, the audio quality was not that bad, but there are some obvious compromises regarding the mid-range, to which the sub has to then play backup for. This comes down to the size of the satellite speakers, much like with the Corsair set.

Speaking of sizes, there are no official declarations of speaker size by Logitech, either online or in the manual, so it was out with the ‘Measurement Instrument’ (Ruler) and acquiring the information myself. Also, for the sake of convenience, listing the other specifications too:

The sub has to handle a much broader range than it should do normally. Through testing I found that it was exceeding 350Hz, though by that point it was rather quiet and the satellites were producing most of the sound, which was admittedly still quiet. This is to be expected as this range is still largely outside the realms of what a 2" or less speaker can do.

Where things get nasty is with the power management. Poor isolation and grounding means that first, there is a background hiss, buzz and whine… not a good start to an experience. For the most part, it’s inaudible unless you put your head next to the speakers or live in a very quiet environment. For clarity, the speakers are powered through a surge-protected extension, but the speakers themselves are double insulated. There is no earth/ground, so any noise will be from the unit itself.

The second problem, and quite surprising given Logitech’s large speaker selection, is that of crosstalk. If music is playing with a left bias, the right side will still play a small amount of the music. Taking things one step further by using a frequency generator and disabling the right side audio completely, there was still a fair amount of sound coming out of the right side speakers.

The volume control is equally poor. The first quarter rotation is completely silent up until the quarter mark, then the sound begins to pierce through the background hiss. Past this, the volume climbs sharply till the half way point. Going beyond half volume is not recommended as the distortion becomes horrendous; the sub just gives up and turns into a crackling boom box. 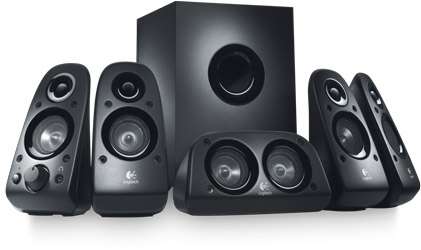 When it comes to surround sound, things improve, but only slightly. The rear speaker cables are 5 meters in length, good enough to reach the bookcase or what-have-you, behind you. One of the more useful features of the original X-540 set was the inclusions of stands on the satellites that allowed them to be turned and mounted onto walls. With the Z506, no such luck. Given the awkward shape of the new satellites, you will be limited as to where they can be perched.

After correcting for a certain Windows 7 volume control issue (rear speaker volume was 100% within the Creative drivers, but set to 55% within the Windows 7 speaker controls), the Z506’s provide adequate directional audio, depending on the source. They are a much better solution than what many surround sound headsets can provide, as you have finer control over position. But many of the other audio quality issues mar the situation.

It is most unfortunate to give such a scathing review to a product like this, but the reality of the situation is that the Z506’s predecessor, the X-540, is a superior product in almost every way. The removal of the wall mounted stands, sub volume control on the sub, no remote or any way to disable the Matrix Mode upscale. The poor power isolation and crosstalk can be a major distraction in quiet environments. The fact that a speaker grill wasn’t even added to the sub unit just means Logitech were not listening (or not enough people complained).

When compared to the similar priced ($100) Corsair SP2200’s recently reviewed, you lose a lot of audio quality for the sake of a couple extra speakers. Admittedly, this is not too surprising, but I was honestly expecting better with these Z506’s. There have been wide-spread issues regarding hiss with other reviews too.

If you are still interested in the system, you can pick these up (sometimes for $50) from Amazon.