Nikon has, in the past year, released close to 15 different cameras. These include everything from their lifestyle, style and performance series. Not to mention their new DSLR releases, the D40, D80 and D2xs. The camera market is always fast moving, and it becomes increasingly more difficult to know which camera to buy, since there are too many to choose from.

Todays camera is the L6, which is designed for those who “want a camera” that happens to have Nikon quality. That said, amazing things cannot be expected and it’s price agrees with that: $149.00. For that cost, it’s almost hard to go wrong with a purchase.

This is a rather simple camera, so this will not be one of our larger reviews. So what are we dealing with? Like many other cameras from Nikons L series, the L6 has a sensor capable of 6.0MP output. This results in an image size of 2816×2112 which weighs in at around 1.0MB – 1.2MB each.

The Nikkor lens has a focal range of 6.3-19.2mm (3x optical) with an aperture of f/3.2-5.3. One highlight is that the camera utilizes a huge 2.5" LCD screen for live view and also for reviewing images you’ve already taken.

Of course as is the common theme lately, Nikon does not include a viewfinder on any of their Point-and-Shoot cameras. The closest we will get to this is with their recently announced P5000, which compares closer to the D40 than anything from their L series. I would -love- to see smaller LCD screens in lieu of a viewfinder. I am confused as to the draw with these screens, since it’s near impossible to see what’s on it when you are outside on a sunny day. Regardless, being on a budget model, the screen only has a resolution of 115,000 dots, so it will be used solely to make sure you have the proper aspect you want and not for checking for color/highlights and the like.

While the camera does not include a memory card, there is 20MB of built-in memory good for storing around 80 low resolution snapshots. Movies are another option, with support up to 640×480 at 15FPS. I’ve been pleased with the movie quality from most Nikon cameras lately, so it’s a nice addition to have. One feature this camera does not include is image stabilization, which is to be expected on a camera of this price range.

Before we jump into sample shots, lets take a look at the camera itself. The L6 has a clean, but simple design. One thing that might stand out is the “1000 Shots” sticker. Apparently, Energizer Lithium are so good, that this camera can take a full 1000 shots before you need to replace them. I believe this claim, since this model doesn’t require much power for anything. Since it lacks image stabilization, battery power will last longer than on a few other models. 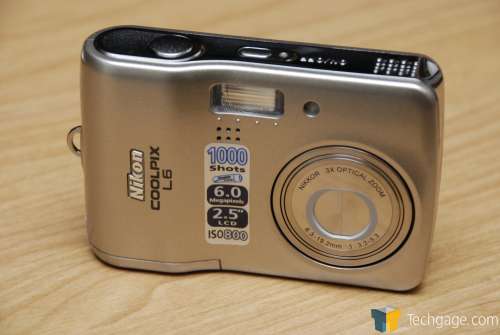 Of course they would not boast such a fact without including those same batteries, so here they are, alongside the other extras. 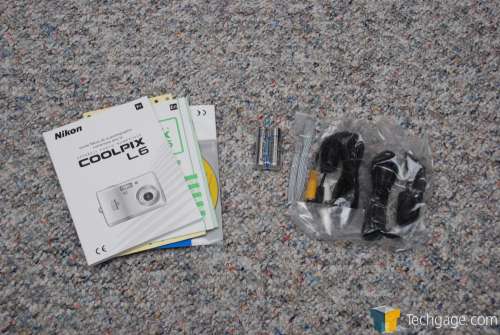 The dominating feature of the back would have to be the 2.5" LCD screen. Also on the back you can find buttons for the zoom feature, menu, image viewing and trash can. The large button in the middle has different features depending on what menu or mode you are in. Pushing up will disable the flash, left for the timer and down for macro mode. 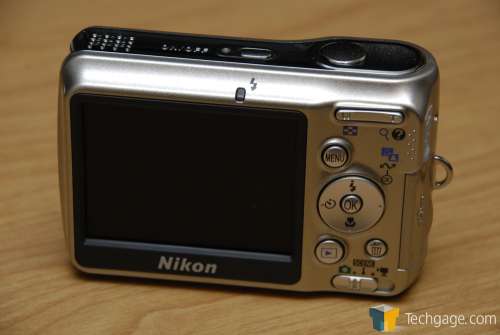 On the bottom, you will see a slider for normal shooting mode, scene or movie mode. Simple layout, but they effectively make good use of the little room they have. Below is an example of the camera turned on, in normal shooting mode. It’s difficult to tell from this image the quality of the screen. It’s not great, but what you would expect to find on a budget model. Note the #2640 in the corner… this signifies how many captures are able to be taken before your SD card is full. There is a 4GB SDHC card in there, which is why the number is so high. It’s nice that an inexpensive model like this supports SDHC. 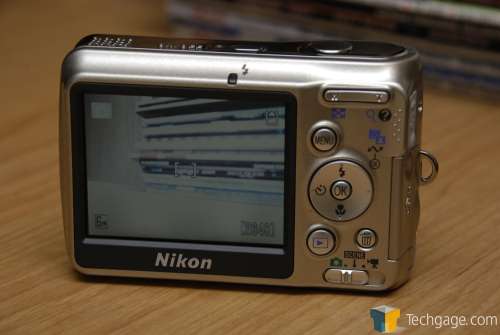 Finally, on the right side of the camera you have the card slot and the USB connector. On the top you only have two buttons, one for shutter release and the other for power, obviously. The opposite side of the camera is clean of any buttons at all. 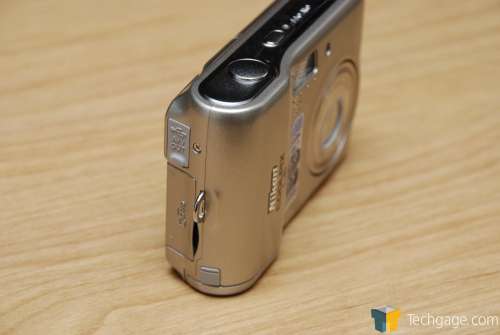 With our introductions out of the way, let’s take a quick look at quality and sum up with our final thoughts.

Because of the value nature of the L6, I am not going to delve too deeply into image quality, but we will touch the basics and make sure there are no evident issues. First up are two random pictures, one of a macro and the other of outdoors.

Here is a picture I took of the Sapphire X1050 card a few weeks ago. Here, I wanted to primarily see how well the red came through, as most cameras like to output a brighter tone. The L6 captured the color quite accurately, and it’s quality is better than I had thought it would be. Viewing the full version of the image, you can easily read the memory chips and other codes around the board. The full image has some grain, but the overall image quality is fair. 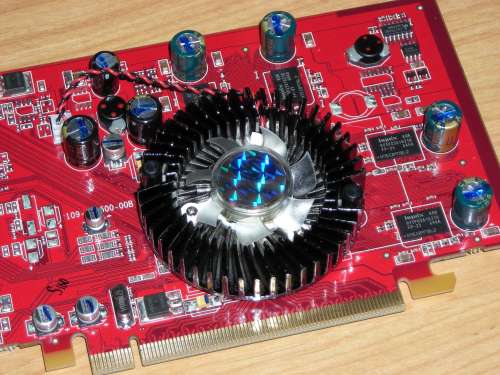 The second image is one I took just down the street, where construction crews have been going for what seems like forever. Here, the camera captured the skies color well and overall resulted in a sharp image. Although it’s not ideal at the full 6MP resolution, scaling down to something more manageable works well. 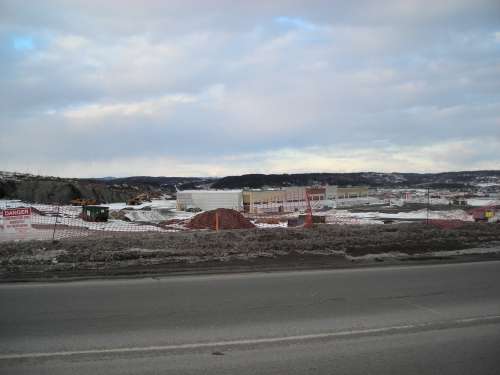 One thing I test for with a new camera is to see how well it handles taking a close up picture of the Nikon logo on their DSLRs. Because the white logo contrasts with the black body, it can result in purple fringing, or chromatic aberration. The L6 handled this relatively well, but the purple is evident. 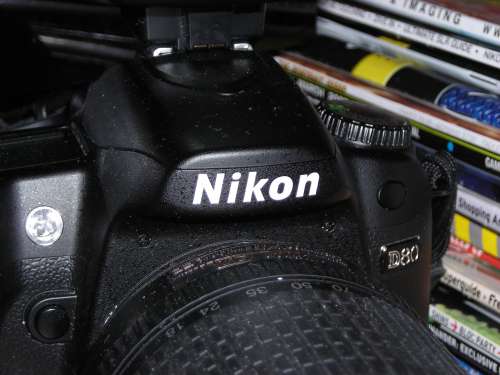 Like all other Coolpix cameras, the L6 offers five color modes: Normal, Vivid, B/W, Sepia and Cyantype. You can see examples of each below. Note the noticeable chromatic aberration around the white text on the magazine. It’s more noticeable here than it was on the above photo. 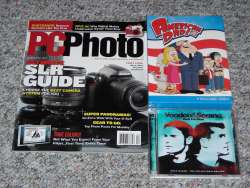 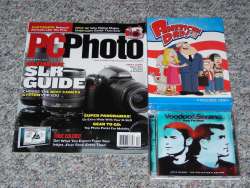 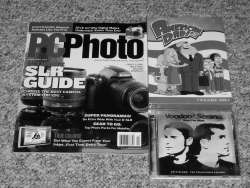 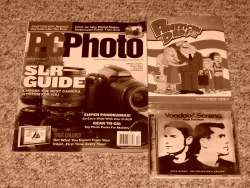 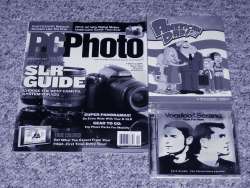 Surprisingly, there is hardly any difference between Normal and Vivid, except that some of the colors have too much contrast in Vivid. The reds on the American Dad cover look more orange than anything. The other modes look nice though, especially the B/W. I am not a fan of Sepia on the Coolpix models, however. I find the effect too strong, but you may disagree.

To finish our samples off, let’s compare a few images that directly test out the optical and digital zoom capabilities. For each set below, I took a snapshot at the shortest range, 6mm. I then bumped it up to 11mm and finally 19.2mm. The final picture shows the capabilities of the digital zoom, which is equivalent to 77mm. Of course digital zoom should never be used for quality, but if may come in handy in some instances where quality doesn’t matter. 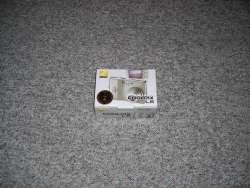 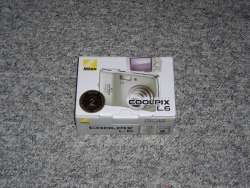 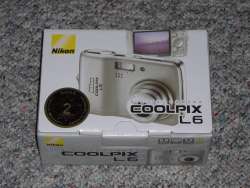 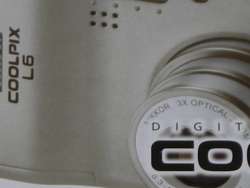 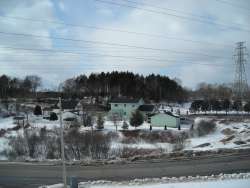 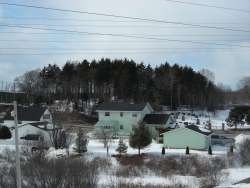 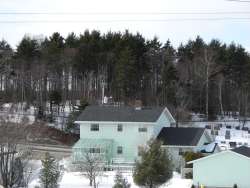 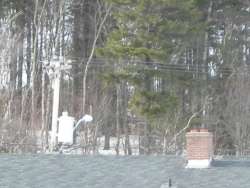 Right off the bat, I will have to admit that this camera is not a bad deal at $150. It would be hard to be bad at that price, really. I didn’t get into half the features that the camera offers, but there are many, especially in the “Scenes” department, including the Pano Assist feature I have come to enjoy. In some respects, you do get what you pay for, but the camera seems like a relative good bargain at the same time. It’s image quality is solid… better than I expected. It supports 1000 shots out of the box, which is a huge bonus and adds to the value. This might also be a drawback for some though. Since this is a less expensive model, they decided to use straight AAs, instead of including a charger. Again though, the value of the camera overrides that fact. If you want rechargeable batteries, good chargers are only $30 at most retailers.

The performance is one thing that hurts the camera though, not surprisingly. If you are shooting without the flash, you’ll be fine and it won’t matter that much. However, in a scene where flash is required, it takes almost 5 full seconds before the flash is ready to be used again. Now, the camera doesn’t allow you to take a picture while the flash is gearing up for another go, which I found quite annoying. That is not as bad as another annoyance I found, however. Whenever you want to transfer files off the camera to your PC, the lens will extend and stay open until you disconnect. This is foolish, and a good way to let dust in the air land onto the lens. I don’t recall any other Coolpix models behaving like this, but it definitely stands out to me as being ridiculous.

All of that aside, this is a solid offering for the price. It would be a great PnS for anyone who wants the utmost of simple… just a small camera to throw in a pocket with great battery life. Just bear in mind that the images are the result of a $150 camera. I didn’t touch on it, but a lot of images I took pictures of in close range have bad vignetting, so that’s another thing to think about, although it’s unavoidable usually on any camera under $300. Conclusion: Worth if it you are looking for the “cheap” way out, but you’d be better off paying extra for a more capable camera.