Let’s face it… the headset included with the Xbox 360 leaves a lot to be desired, which is why third-party companies come along and release their own products that aim to blow it away. We are taking a look at one such headset today, in the form of the Turtle Beach X3, and answer the question of whether or not it’s worth its ~$90 price tag.

The Xbox 360 has seen its fair share of wireless headset alternatives, ranging from first and third-parties, but none truly stand out. Some gamers prefer to use the included headset as a throwaway item to provide chat in-game, but the outstanding limitations of the headset’s audio quality, as well as the fact that it cannot be used to listen to sound effects leave some late-night gamers searching for a better substitute.

Turtle Beach is a company that has certainly made a name for itself with their audio PC peripherals, but they are relatively unknown in the realm of gaming hardware. Their EarForce X3 offers many more features than the first-party Microsoft wired or wireless headsets, but as many gamers can tell you, the quality of third-party accessories often doesn’t match up to what the original console maker offers.

One important fact worth mentioning is that the EarForce X3 is not a wireless headset in the traditional sense, due to some technical limitations. Because certain technology is reserved for Microsoft and trusted third-parties, Turtle Beach was forced to work around the issues, which may hamper the overall experience with the product.

On top of the traditional voice feature, the X3 offers a stereo output to the headset’s speakers which allows for nighttime gaming without disturbing others. Unlike Microsoft’s wireless headset, Turtle Beach doesn’t offer an elegant pairing function with the console, because the Xbox 360’s protocol is not open. Instead, the package includes a cable that connects in-between the Xbox’s composite cables and to the dedicated wireless receiver. The solution garners a lot of clutter, but it works well enough and can be hidden away to save space. 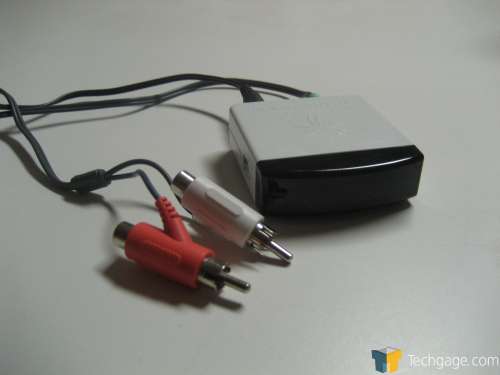 The headset itself is many times bigger than the one included with the console. The entire shell is made out of sturdy plastic, and a soft head guard and ear pads serve to provide comfort during extended use. The pads are circumaural and fully enclose even the largest ears. The foam used to pad the drivers allow for comfortable use for extended periods of time (they feel like the headset isn’t even being worn), but they can move a great deal which takes away from the quality feeling of the product. 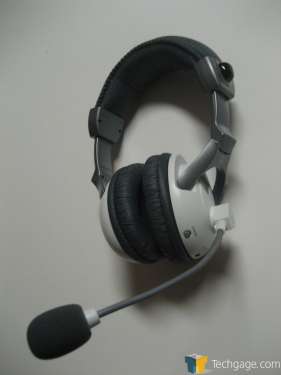 The microphone boom is fully flexible at the wire and can be adjusted to accommodate any height preference, going up to 90 degrees. Compared to the standard wired headset, the microphone never feels as if it’s in the way and can be moved to compensate for breathing, which means other players won’t be annoyed or ask you to move your mic while playing. 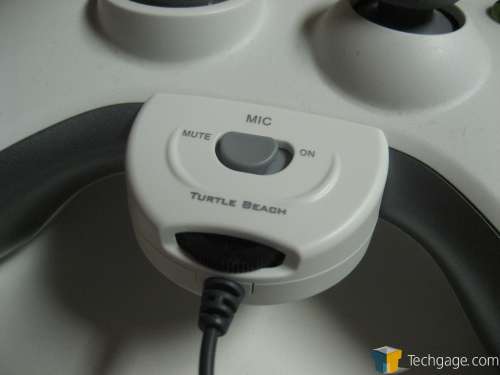 Bass boost, volume and power controls are provided at the bottom of the left cup. The input level slider and stereo expander switch are located on the headset’s receiver. Lastly, the controls for the mic mute option and voice volume are in the extra dongle that attaches to the Xbox’s controller. One interesting feature available is the option to control both the voice and game volume independently.

One of the chief issues with new headphones is the way they fit to a wearer’s head. In this case, the armbands extend a great deal to encompass anyone’s head, and don’t feel tight in the slightest. Unfortunately, that’s where most of the praise ends.

There is a small amount of noise when the headset is turned on, but it is barely audible when a game is playing, or someone is talking in-game. But, that’s only assuming you can get a signal. If the headset doesn’t have a line of sight with the receiver, all you will hear is noise, and that doesn’t help much when you’re depending on the sound to guide you. At best, reception seems to be a hit or miss, but the manual recommends to stay between 2′ and 20′ for the best results. 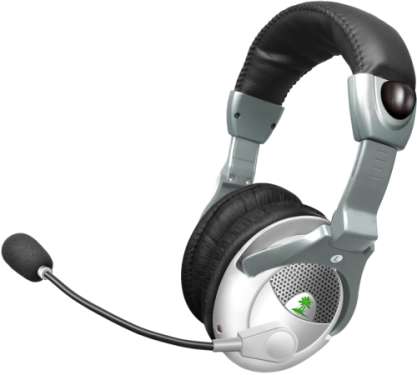 Wireless headphones traditionally don’t have the best audio quality, and I’ve yet to find one that does do fairly well, if not decent at all. With that said, if you’re looking for an audiophile experience or something that will rattle your skull with bass (even with the bass boast enabled), stick with a decent stereo or surround sound setup.

Thankfully, the microphone quality is world better than the standard headset, but given the quality over Xbox Live, you would be hard-pressed to notice. When it’s connected to the controller, the sound coming out of your voice is much clearer and easier to understand. Still, given the design and the obvious faults in audio quality, the headset is still tough to recommend. 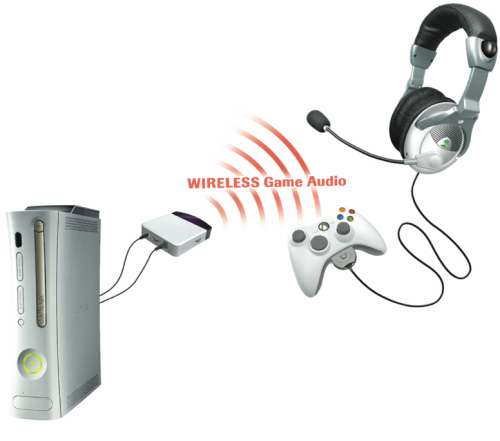 On the whole, the X3 is a device that suffers from technical limitations, and tried to be something that isn’t suited for the console. If you want to game with headphones on to avoid disturbing others, there isn’t really another solution for the problem. Using standard headphones is cumbersome, and nothing would effectively allow you to chat while playing, unless another microphone or headset was connected, but not worn by the mouth.

If it weren’t for the spotty reception, I would say the product is worth trying, if it can be returned. Since success seems to be a hit of miss,  I wouldn’t implore anyone to bother unless you have an absolute need for a product like this. Until then, there’s always the low-tech solution: close the door.