This past December, an MMO favorite of mine transitioned from requiring a monthly fee to being “free-to-play”. As you’ll soon discover, those quotes aren’t without reason.

The game; Lineage II. The developer; NCsoft. The insult; selling items through the in-game store that are widely considered to be unfair and game-breaking.

Prior to the free-to-play launch, a friend of mine joked that that the game would become “pay-to-win”. I laughed it off, but as I soon discovered, it couldn’t have been more true.

I’ve been a fan of NCsoft’s games for nearly a decade, so I wanted to give the company the benefit of the doubt. Lineage II is a game that thrives with a vibrant community, so I had hoped that a F2P transition would breathe new life into the world of Aden – and it did, but not without bringing caveats along with it, courtesy of NCsoft itself.

F2P games that are monetized with in-game item sales aren’t new, but Lineage II is my first experience. Generally speaking, I don’t have any problem with this way of doing business. If you’re offering items that people want, then great. Things change, however, when some of the items being offered can give those with deep pockets huge advantages. This is especially true in an open PvP game such as this. 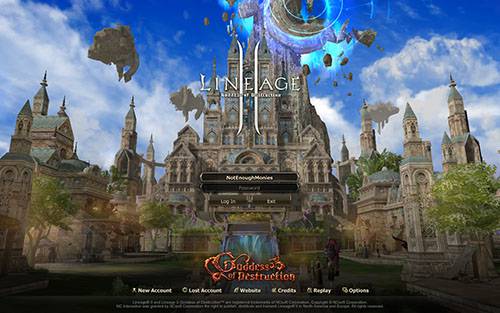 Since the launch of its “Goddess of Destruction” patch, which ushered in the F2P transition, there have been a countless number of threads posted on the official forums raising a stink about what the game has become. As of the time of writing, recent threads listed on the official forums include “Message to NCWest“, “Power Shirt” (a rant thread about a new purchasable item) and perhaps the best one, “Truly Free or Truly Paid?“.

When Lineage II became F2P, the company called it “Truly Free” – and in all regards, it is. You are in fact able to play the entire game without ever purchasing a single item from the store. This is unlike many other MMOs that lock off portions of the game unless a premium account is purchased, and others that limit your character’s level. This of course is a great thing, but underneath the surface, there’s more than meets the eye.

As mentioned before, Lineage II is my first F2P game, so I don’t have much of a basis for comparison, though I have done research on other titles. During that research, one of the best examples I’ve seen of how F2P should be done is with Valve’s Team Fortress 2.

In that game, nothing important has to be purchased. You’re able to deck yourself out with cool aesthetic items, but nothing improves your character. The game is still all about skill. And while there are occasional weapons released to the store that remain exclusive for some time, none of them give a serious advantage to the player, and not long after, the same weapons can be acquired via random drops or by crafting. In the end, Mr. Ritchie Rich might own a lot of things, but his successes will have to be earned.

None of that can be said about Lineage II’s F2P implementation. Going against its promises of never releasing items that would be considered game-breaking or detrimental to the community (I’ve never found the source of this but have seen it quoted around the official forums numerous times), NCsoft has done just that. It has released items, that as a player, are jaw-dropping and insulting. I’ll give an example or two here.

Things kicked off right before the F2P launch, when NCsoft held a promotion that allowed players to purchase a level 80 “top” weapon, called Vesper. These weapons couldn’t be traded, and became obsolete as soon as someone reached level 85 (current maximum level is 99). As a result of this limited use, most people just ignored the promotion, despite NCsoft selling an actual weapon right out of the gate. After this, things just got worse.

Unlike most other MMOs I’ve played that either don’t have weapons that can be upgraded or require various items for doing so, Lineage II has “Enchant Scrolls” which improve both the physical and magical attack power or defenses of a weapon or piece of armor. Regular enchant scrolls, which are common, allow an item to be safely enchanted up to three times. After that point, there poses a risk of the item exploding (NCsoft keeps the success percentage secret, but it’s rumored to be 66%). To avoid a broken weapon, there exist “Blessed” versions of the scrolls that simply reduce the item to its pre-enchanted state in the event of a failure. These scrolls however are super-expensive and out of the range of most players. 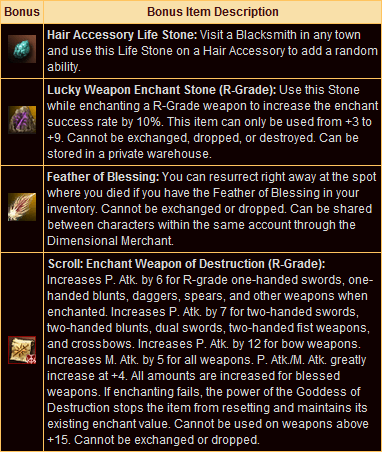 But then there are “Destruction” scrolls, which are even rarer and more expensive than Blessed. The reason is simple: on a failure, the weapon or armor piece remains at its previous enchant level. What this essentially means is, if someone has enough of these Destruction scrolls, the sky’s the limit. While building +15 weapons and +6 armor is an extremely expensive endeavor regularly, those equipped with a pocket-full of Destruction scrolls can easily acquire them.

Of course, if the Destruction scrolls are extremely expensive and rare, few people would have a pocket-full, right? Well, that’d be true if not for the fact that NCsoft has sold both weapon and armor Destruction scrolls in the “L2 Store” since launch. The cost? $45 for 3x armor scrolls, and $45 for 1x weapon scroll – that’s right, about the cost of a brand new blockbuster PC game for just one scroll. But will people buy them? Of course they will. Within days of these scrolls becoming available, there were many people with +15 weapons on my particular server: 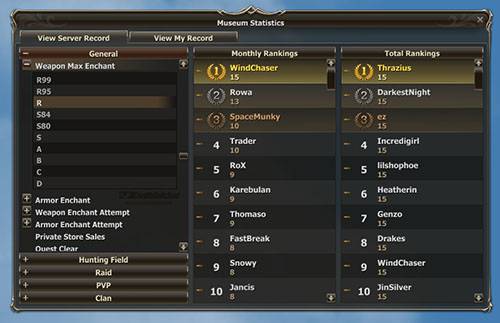 I’m being honest when I say this is just one example of a “game-breaking” item that’s being sold in the store. I could in fact dedicate a few pages to talk about various items that could potentially be detrimental to other players, but for the sake of avoiding a rant and going on for too long, it’s best just to leave it here.

This is not the kind of Lineage II fans expected to see when NCsoft made the F2P transition. As mentioned before, I’m not opposed to the sale of in-game items for real cash, and to date I’ve bought a fair amount of items myself. But of all those things, none are detrimental to other players (XP bonus items, for example). Items such as the Destruction scrolls and “Power Shirt” (a shirt that would cost the average Joe over $1,000 to max out via the store) can be. To add insult to injury, the company even tries to make the price-gouging oh-so-cute.

In some games, the sale of such items might not even matter, but Lineage II is an open PvP game where it does matter. Imagine if in Team Fortress 2, you could only purchase weapons 50% more powerful than anyone else’s from the store, or could only buy the best armor shirt in the game by hauling out your wallet. That’s exactly what Lineage II amounts to at this point in time.

To the fans, the fact that NCsoft is selling such items is like a slap to the face – especially those who have been subscribers for most of the game’s existence. But as has been proven, the company just doesn’t care about its customers like we’d all hope it would. That’s the reason it doesn’t mind selling a single enchant scroll for $45 a pop (an estimation is that those folks with +15 weapons who bought scrolls via the store would have spent at least $500 each). This is great for business, though, and it’s in fact paid off handsomely.

I’m going to go off-topic here for a moment. Regardless of the effect the F2P move has made on the game, wouldn’t it make sense that with the sudden influx of revenue, more would be done to improve the game in other ways? You’d hope so, but that isn’t the case. Since the transition, the game experienced an unbelievable number of serious issues that sometimes even prevented players from being able to log in. And then there’s the issue of botters (which is worse in this game than most others, I’m confident of that), gold sellers and buyers and general bugs that the company seems to take its good ole time in fixing. Who’s the winner in all of this again? That’s right: NCsoft.

As you can likely tell, this is a topic I could go on forever about. There are other issues worth talking about, but at this point, it would serve little purpose. Now, I know what you are all thinking, “Why do you continue to play, then?” The answer is simple. Leaving a game that you’ve been playing for eight years on and off, and a game in which you’ve developed many friendships, is easier said than done. Well, that and also the fact that is is a good game, when various issues are looked past.

While this article focused on Lineage II, the subject is hardly restricted to just it. There are a countless number of F2P games out there that I’m sure are suffering the same issues. I’m not aware of them, but I am sure many who read this are. It’s an unfortunate trend that games have reached this point. Remember when you purchased a game, especially an MMO, and it was fair for all? Bots and the like have always existed, but we’re entered a time where it’s now the companies themselves that are ruining the games.

Want to add your own rant? Play another game that does F2P right (or wrong)? Chime in at the thread below!