There’s a bevy of options out there if you’re looking for an affordable docking speaker system for your iPod, but not all of them have the same design priorities in mind. Here’s our detailed look at XtremeMac’s Tango X2 iPod speaker system. Does the Tango X2 sound as good as it looks?

There is no shortage of iPod accessories out there. Literally thousands of manufacturers and vendors have come together under the "Made for iPod" program, and quite a few companies have managed to put out some amazing products. There are the occasional toilet paper docks and other equal oddities, but most products that are released on store shelves are decent enough to warrant a purchase. The sheer number of accessories has given Apple’s iPod a distinct advantage over other MP3 players, simply on the basis that the ecosystem virtually ensures tons of options for almost any product you may want to complement it.

One of the obvious choices that comes to mind when one thinks of an MP3 player accessory is a dedicated set of speakers. There are reasons why someone may not wish to buy one, might their reason be the fear of lock in to a certain brand or the possibility of sub-par quality. But there are fitting uses for these speakers, whether customers choose to use them for recreational listening or for outings that don’t demand a true hi-fi experience, consumers at large have proven that demand for these types of products is far from waning.

Even though the iPod-speaker market, in particular, may be saturated with all of the competition aiming for the same space, there are products that make a name for themselves and shine over the rest. Companies such as Altec Lansing, BOSE, Griffin, and Logitech, among many others, have all released similar products, and many of them in comparable price ranges. XtremeMac’s Tango X2 was a finalist of iLounge’s 2008 Mac World best-of-show award, and their $150 product certainly tries to live up to a lot.

XtremeMac differentiates itself from the larger companies mentioned above in the fact that it solely sells iPod accessories. This is nothing unique to the company itself, but one would hope their experience in dealing with Apple’s MP3 player can outweigh the larger companies’ offerings who delve into other markets and have to effectively balance their efforts. 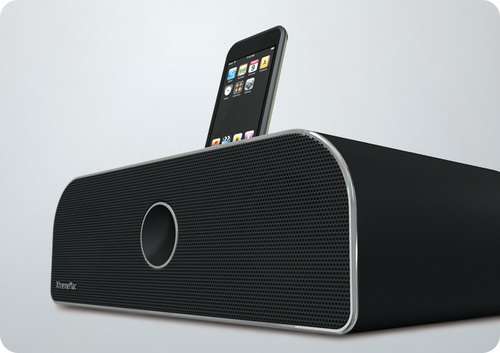 The Tango X2 is an upgrade to the company’s original Tango that was released in 2006, which supports every iPod with a dock connector. Over the original, the newer version boasts an integrated AM/FM tuner, preset controls, and a front volume control, and also retains all of the features that made the first Tango as promising as it was with its treble and bass control and included remote. The simple, pleasing aesthetics have also stuck around, but this time the design has been updated to further match Apple’s current approach to form.

Although XtremeMac’s press photo may not totally relate the proper scale, the Tango has one important feature over Apple’s now-discontinued Hi-Fi, and many other companys’ products: portability. The small footprint and carrying handles serve as an important piece to its practicality and use. But as is common with audio, there is a trade-off. What benefits it gains in portability, it will potentially sacrifice in quality.

The Tango X2 has a rubberized texture that covers most of the product’s body, with the exception of the front grill. The front hides an LED display that shows different information depending on the mode the product is in. For example, when an iPod is plugged in, the word "iPod" appears in a blue hue. If you were to switch to the radio tuner, it would display "AM" or "FM" accordingly. 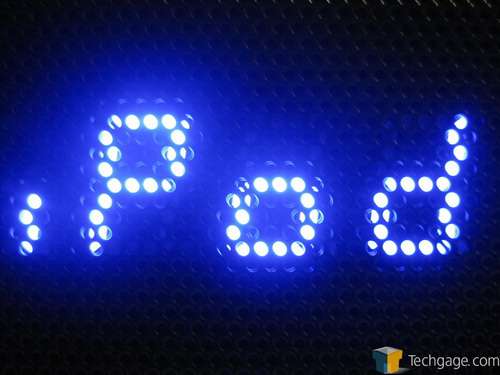 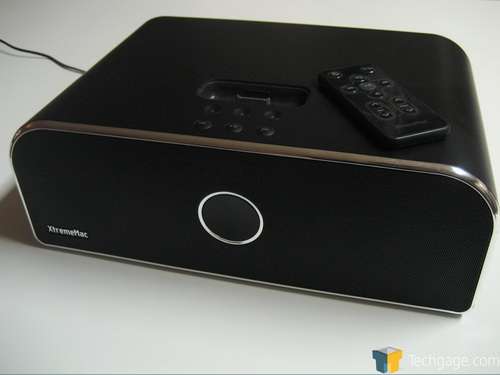 The black circle below it serves as a dual-purpose control to change the volume and cycle through output modes. The wheel is physical, not touch sensitive, and works by rotating along the center axis. The volume is raised when it is moved clockwise and lowered when it is moved counter-clockwise. To change listening modes, the button is pressed to go to the next one.

The speaker, unlike a lot of cheaper products I have personally come across, feels solid and durable in construction. It doesn’t feel as rugged as I would have hoped to use it in a portable circumstance, but I would consider it to be in the same tier as stationary computer or bookshelf speakers.

Presumably to cut costs, XtremeMac has forgone the inclusion of a set of iPod docks. Because the iPods have both lost and gained weight over the years, Apple has begun including adaptors with their products, one with every iPod sold and a complete set of current generation iPods with first-party products that use them, to seat them securely. Third-party manufacturers have tackled this issue with different techniques, but if you don’t have a spare adaptor to use you’re iPod will have to sit without any support, at risk of possible damage if too much pressure is applied.

The included remote is a nice jester, but I found it to be a bit cheap and ultimately, tacked on. It has most of the same functionality if you were to operate the controls at the base of the unit, but it has a short range and the buttons are awkward, and at times, hard to press with a mushy feeling to them. The remote feels almost like a chore to use, which is very discouraging. Considering there is no way to use a universal remote with the product, I would have hoped a better effort would have been made in its construction.

With all things considered, the product’s looks are very easy on the eyes, and it shows off a sleek conservative style. I don’t find much wrong with the design, but since the product was made specifically for iPods, XtremeMac could have stayed confined to a more Apple-like design instead of swaying off in their own direction, but that’s simply my opinion.

As you may have guessed, because of the speaker’s small size, the Tango X2 won’t take on any high-end audio setups any time soon. At its worse, the sound is tinny and the speaker lacks bass at the default setting. Cranking it up, however, leaves a bloated punch of bass that leaves a desire for detail. I had to leave the unit’s bass and treble levels on "four" to get any sort of satisfying thump out of the bass, but it was still obviously short of a dedicated (or decent sounding integrated) subwoofer.

However, when the size is put into perspective, the X2 sounds somewhat decent. The tiny speakers managed to output clear sound at an audible level, but the quality tapered at higher levels. The sound may be satisfactory enough to fill a small den or bedroom, but don’t expect it to supply loud, good-sounding music for a large room or party. The idea here is non-critical sound in a small package.

In my opinion, the biggest flaw the X2 faces is the inability to use batteries. Even the much larger Apple HiFi, as well as many competitors have a battery compartment, boom-box style, for traveling or use in an area without access to a power source. Because the Tango X2 is much smaller than the aforementioned product, it only makes sense in my mind to include the same feature. 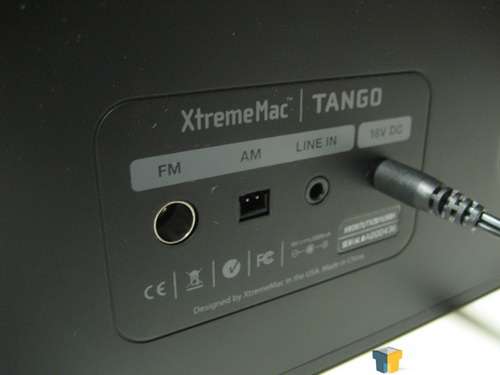 I also found the AM and FM reception to be fairly weak. While it is worth noting that I have never gotten an exceptional signal in my area, decent receivers can usually compensate. At best, the X2 sounds -okay-, but by no means a $149 MSRP okay. The FM antenna, in particular, bothered me, because the connection on the back of the speaker doesn’t fit snug with the connection for the antenna; the connector is round on the speaker and rectangular on the wire, letting the wire hang loose with the possibility of being disconnected. The problem could have simply been solved by having the antenna’s built in, but this is unfortunately not the case.

Ultimately, I would recommend the product if you’re looking for a small system without a concern for discrete audio quality. The radio performance is just manageable, so if you have a large reliance on reception, I would encourage you to look elsewhere. XtremeMac’s Tango X2 is by no means a bad product, but the fact is, it’s audio quality do not deliver in an acceptable way. 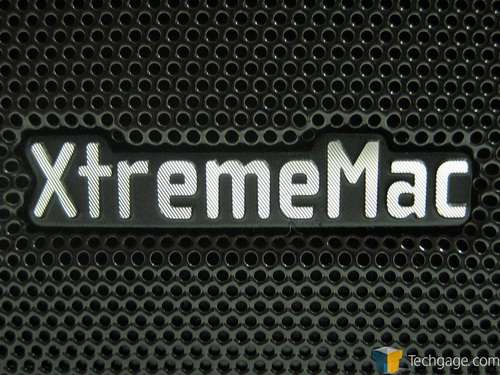