When we met AblePlanet at CES, their Clear Harmony noise canceling headphones really caught our attention. Their built-in noise canceling circuitry is intended to reduce the infiltration of ambient noise, but can they stack up sonically against some serious competition within their price bracket?


To test the Clear Harmony NC1000CH headphones, I listened to a broad variety of music and gaming program, including music from my broad collection – which spans the rock, pop, soundtrack, and jazz genres. All program for this review was served from my ‘reference’ PC, which uses a high-quality ASUS Xonar D2 sound card, and stored in the form of FLAC and 192/KBps WMA files.

The reference PC’s cooling system is microprocessor-controlled by an MCubed T-Balancer fan controller, to minimize background noise. All critical listening was conducted with a fresh set of batteries.

To test the Clear Harmony headphones with music, I started out with Train’s Drops of Jupiter album. In the album’s title track, the piano theme should come through clearly, but the Clear Harmony headphones began to lean toward a warmer, almost congested tonal character, with the upper ranges being slightly overpowered by an overenthusiastic midbass range. They also exhibited a slight hollow character in the upper midrange. 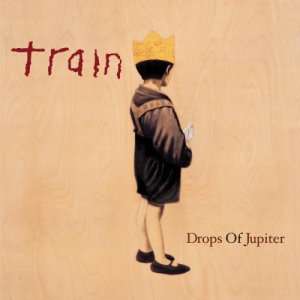 The internal circuitry of the Clear Harmony headphones continues to pass unprocessed signal even with the switch in the ‘off’ position, though with the switch off, the headphones were barely listenable – they sounded distinctly more muffled and midbass-heavy, though the overall sensitivity was lowered.

With the switch on, and LINX AUDIO processing enabled, the sound was brighter, though it seemed like the additional upper harmonics added by LINX AUDIO simply compensate for the overly warm character of the headphones themselves. Switching the headphones on also resulted in more big, thudding bass.

In “It’s About You”, there’s a particularly airy acoustic guitar solo, but with the Clear Harmony headphones, this solo was a little lacking in its characteristic spaciousness and ‘bite’, though the sound was rich and full. 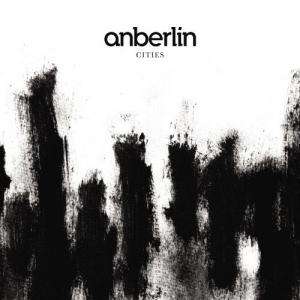 Next, I put in Anberlin’s latest studio release, Cities. The album’s opening track, “Godspeed”, began to show what these headphones are good for. The slightly rolled-off top end served to take a little of the edge off the electric guitars and cymbals, while the kick drum and low tom were rendered with frightening slam and authority.

However, I began to miss the extra top-end sparkle in the next track, “Adelaide”. On the acoustic track “The Unwinding Cable Car”, the acoustic guitars sounded clean and full, but were overpowered by the ‘cupped’ sound imparted to the vocals.

Overall, the sound of the Clear Harmony NC1000CH is barely ‘passable’ by audiophile standards, but by typical consumer expectations, the extremely powerful bottom end and reasonably clear upper midrange and lower treble may be appealing to some. However, the Clear Harmony NC1000CH headphones are easily outpaced by my reference Beyerdynamic DT 770 in treble extension, as well as the retrieval of fine detail.

Gamers may have little use for these headphones, because they do not have an integral microphone. However, gaming is still a great test of headphones’ positional audio capabilities, so I fired up a round of Valve’s Portal to test that aspect of their performance. 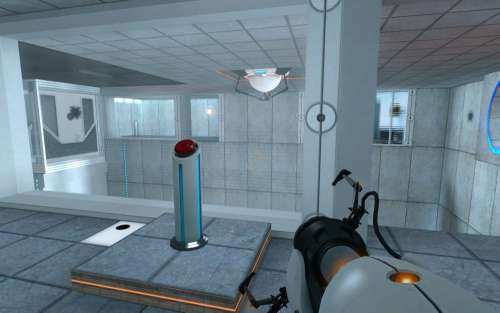 The Clear Harmony NC1000CH headphones handled themselves well for this test, proving themselves capable tracking moving sound sources in space. While it wasn’t the most spacious, precise presentation I’ve ever been treated to (that honor goes to the previously-reviewed Ultrasone HFI-700, these headphones are plenty useful for gaming – especially when you need to block out the noise of the competition.

To put these headphones’ noise cancellation capabilities to the test, I enlisted a variety of noise sources. My lab shares its space with a small gas furnace, which these headphones easily managed to block out, though they couldn’t quite eliminate the voice of a person speaking to me a few feet away. I found this was generally the case with a variety of noise sources – transient sounds like a door slamming or a sound system playing in the same room couldn’t be blocked out, but engine noises from passing cars were dulled considerably. 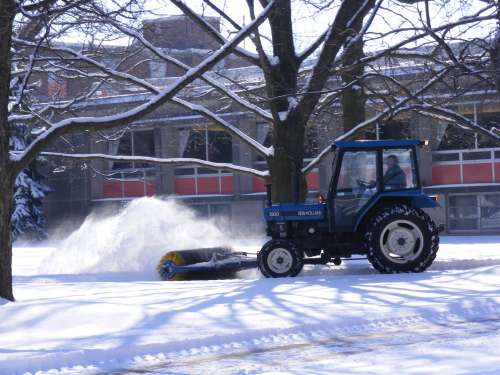 To test this further, I unplugged the headphones and took them for a walk outside. As before, the engine noise of passing cars and nearby heavy machinery was well-isolated, but other noises still infiltrated. With program material playing, however, any noise that managed to make it inside the earcup was attenuated to a point where it was no longer a disturbance, and only audible during silences. One point of concern, however: With the noise-cancellation activated, the headphones produced a barely-audible electronic hiss.

One place where the AblePlanet Clear Harmony headphones excel is in the area of listener comfort, with the foam-filled leather ear cushions staying easily in place while only exerting minimal pressure on the head. I didn’t forget I was wearing them, and they weren’t quite as comfortable as my reference headphones, but they were definitely wearable, and I found that long listening sessions weren’t a problem at all.

One nit to pick, however – the ear cups aren’t particularly large, only large enough to encircle the ear. The earcups on my reference Beyers felt positively roomy by comparison.