A lot has happened with AC Ryan’s Playon! line-up since I took a look at the original Mini last fall, with a GUI overhaul being the most noticeable and important change. There are a ton of new Internet features packed in as well, and thanks to the addition of a 1Gbit/s LAN port, your high bitrate content will have more room to breathe.

A couple of years ago, the best “media player” solution was a DIY one; such as an HTPC. But then, one company released a simple $100 device that streamed content, and so did another. And then another, and another, and another. Yes, at this point, the market is chock-full of such devices, but despite that, none are “perfect”. In fact, some are down-right unattractive.

While most companies that develop media players don’t do just one thing, AC Ryan is one of the exceptions. For most of the company’s life, it produced a huge array of modding accessories, but in the past year or so, the company has been reinvented and is focusing 100% on its Playon! series of media players.

Though AC Ryan’s major focus is on these devices, the gen-1 mini I took a look at last fall didn’t blow me off my feet. While the support it offered was top-rate, the interface, performance, and feature-set left a bit to be desired. AC Ryan wasn’t oblivious to this fact, and as a result wanted to go the extra mile on its gen-2 series. We first started getting previews of these this past winter, while both the Playon!HD 2 and Playon!HD Mini 2 have been available for a couple of months. I’ve been testing out the latter for the past month.

At first glance, the 2 mini looks no different aesthetically than the original model, although the front panel looks a bit cleaner thanks to the removal of the AC Ryan, DTS, Dolby and HDMI branding. 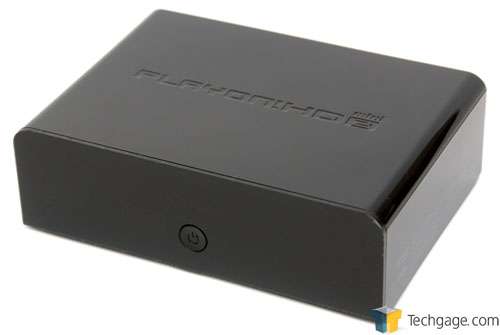 The back looks no different either, save for some rearranging. There are still 2x USB 2.0 ports available here, in addition to HDMI and Component/Composite ports, a SPDIF audio port and also the LAN and power. AC Ryan sells a wireless module separately that would plug into one of these available USB ports if needed. 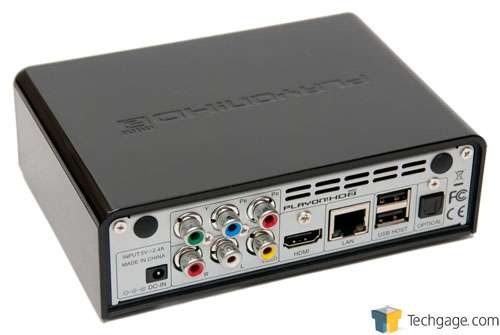 At the bottom is a large vented area, which is sufficient enough to help keep the device cool. There’s no active cooling found here, resulting in pure silence during use. 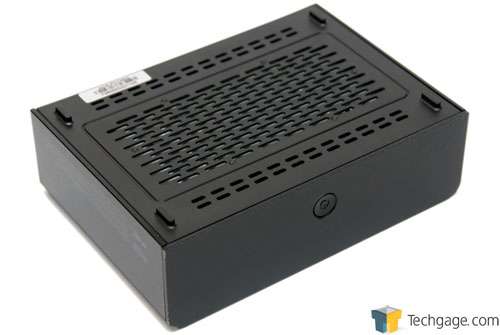 Ensuring connectivity out of the box, AC Ryan includes a 1m sleeved HDMI cable along with Composite cables. There’s also a manual included but it’s not too useful (a detailed user guide can be found in the support section on AC Ryan’s website). 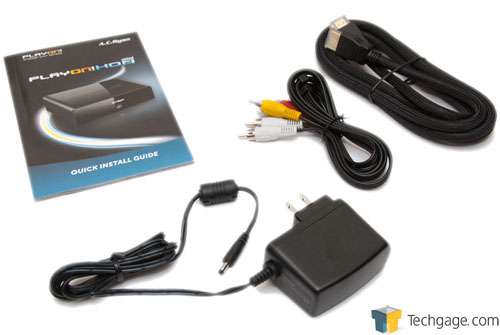 The original Playon!HD Mini left a bit to be desired where its remote was concerned. It looked okay, but some button placements were a little frustrating. The company fixed that this time around, and made the remote better-looking in the process. What’s it missing? Glow-in-the-dark buttons. While it’s a lot easier to use this remote blindfolded than the original, glow-in-the-dark buttons would be appreciated. Sometimes it’s just not that convenient to get up and fall over a coffee table in search of a light switch. 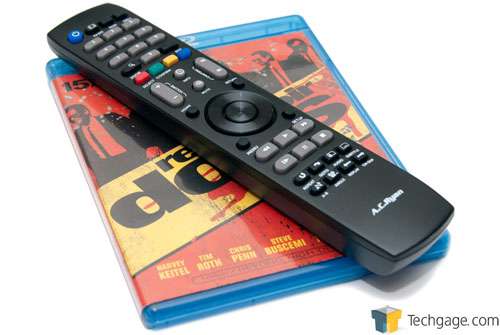 The codec support with the original Playon!HD series was fantastic, and the same could be said here. There’s been a couple changes, but all are for the better. This thing is prepped to play everything from a low-resolution DivX AVI file to a straight Blu-ray ISO. It’s impossible to offer infinite codec support, but AC Ryan has more than covered all of its bases here.

The biggest complaint I had with regards to the original Playon!HD series was that its UI was ugly and unintuitive – so let’s see what AC Ryan has accomplished since then.