Battlefield 4‘s launch is right around the corner, but despite there being a beta available, I’m sticking to Battlefield 3 for the sake of reliable benchmarking until the dust settles. Even though BF3 was released in 2011, it remains gorgeous at maxed-out detail settings, and a good challenge for today’s GPUs – though the real challenge begins above 1080p for mainstream and higher parts. 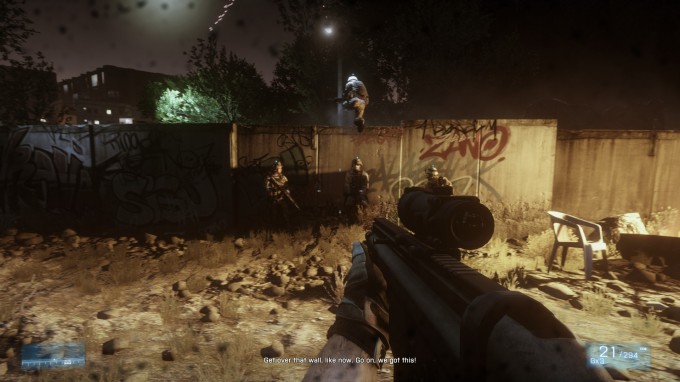 Manual Run-through: Operation Guillotine (chapter 5) is the basis for my benchmarking here, as it features a lot of smoke, water, debris and is reliable for repeated benchmarking. The level starts us out at the top of a hill, and after descending it, we go over a fence and through a riverbed. I stop the play-through after reaching the first set of stairs. 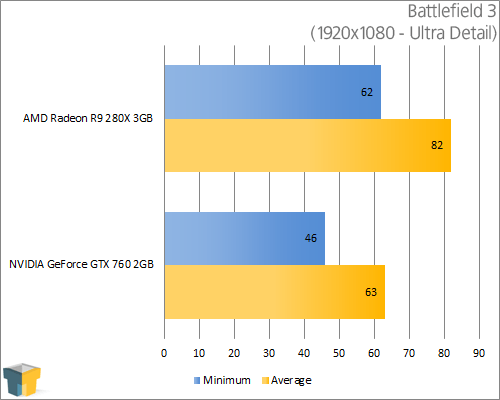 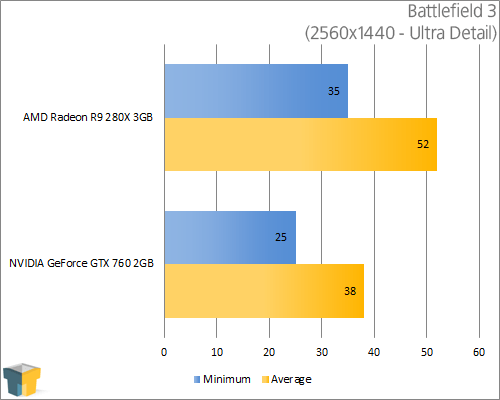 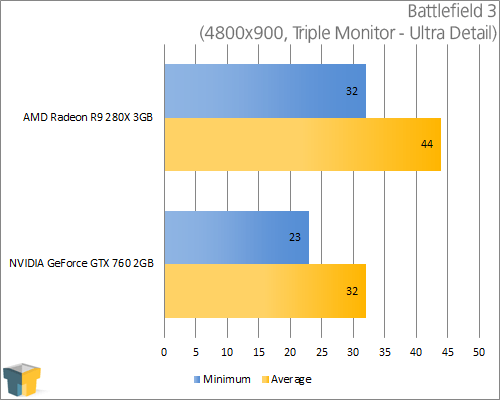 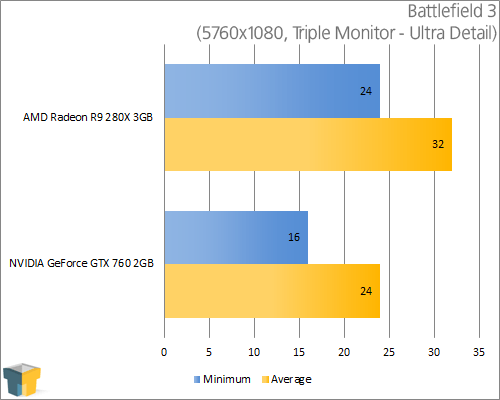 AMD is off to a great start here. Given the fact that the R9 280X costs $50 more than NVIDIA’s GTX 760, it seemed certain that it’d be the better performer overall, but based on Battlefield 3 alone, that 20% increase in cost can net you between a 30~40% boost in performance.

At 1080p, both cards here perform quite well – NVIDIA sits behind, but still delivers 60+ FPS on average. And this, it must be mentioned, is on Ultra. Using our multi-monitor resolutions, even 4800×900 becomes a bit much for either of the cards. Your option here would be to drop from Ultra to High, or turning off AO and AA in particular, to achieve respectable performance.

Sometimes, the hype that follows a game to its launch can be a little ridiculous, and all too often, it doesn’t live up. BioShock Infinite (our review), though, is one of those rare instances where reality exceeded expectations. Infinite‘s world is immersive and chock-full of eye-candy, and its gameplay mechanics and AI help craft something truly special. This is a must-play game, it’s that simple. 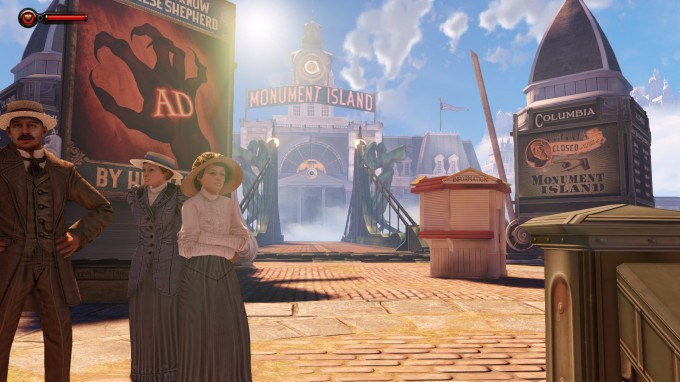 Built-in benchmark: Finding a “perfect” level for manual benchmarking proved difficult with this game, as numerous variables arose in each one I tested that made them less-than-ideal. Fortunately, the game’s built-in benchmark is effective, so while I hate to forego the manual route, I feel confident in the results generated with this tool. 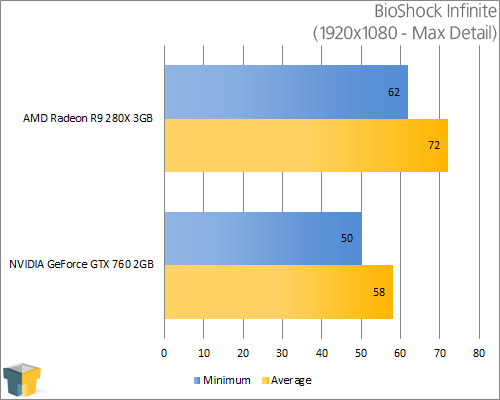 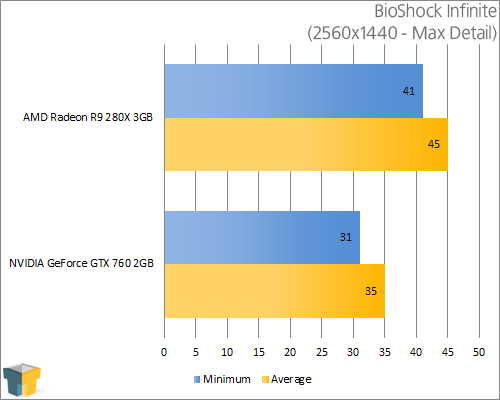 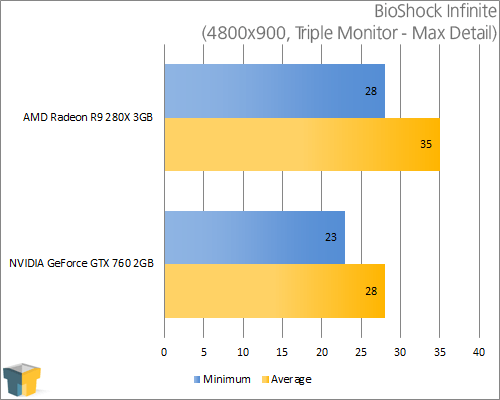 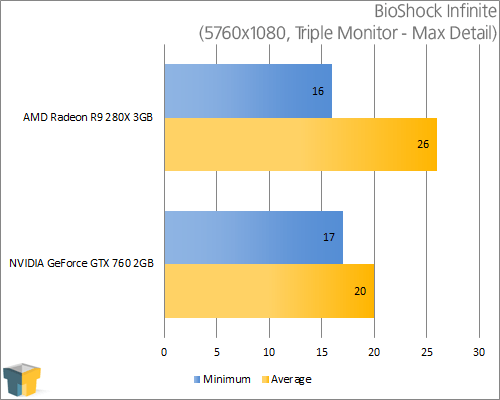 It’s almost as though both BF3 and BioShock Infinite share the same graphics engine, because both performed similarly across the board. Both cards once again are suitable at 1080p, while the R9 280X handles 1440p quite well. Moving into multi-monitor territory once again, this game proves to be a little too much for either card.