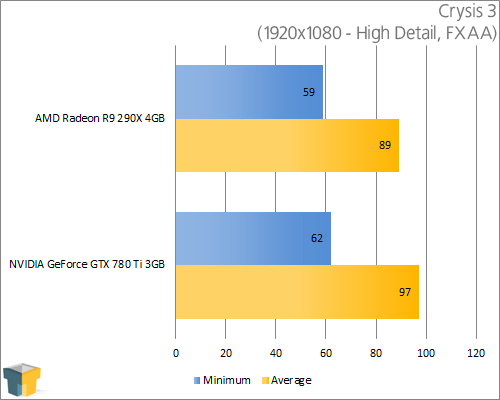 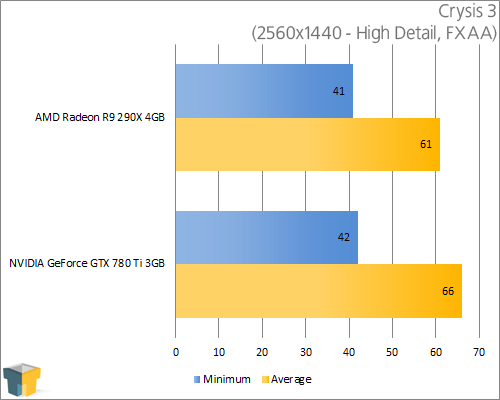 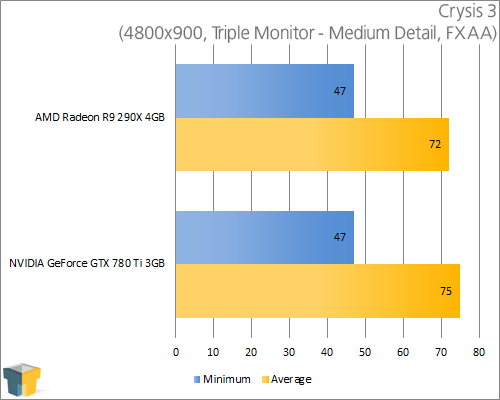 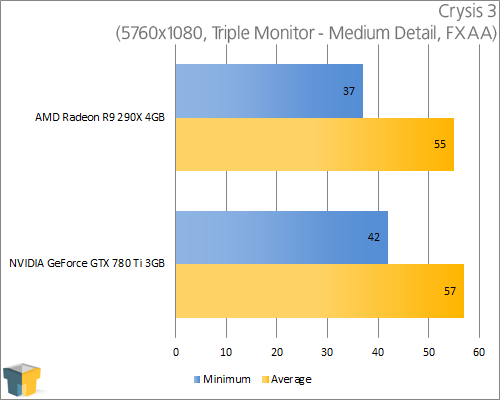 As 1080p, there’s an ample delta between the two cards, but as the resolutions are increased, that delta tightens quick. At 5760×1080, the difference is a mere 2 FPS for the average, and 5 FPS for the minimum. It’s important to note, though, that while multi-monitor performance was very good on both cards, I use the “Medium” preset for those; at “High”, the framerates will definitely suffer. 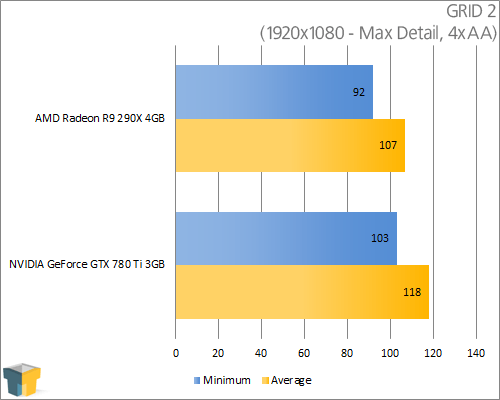 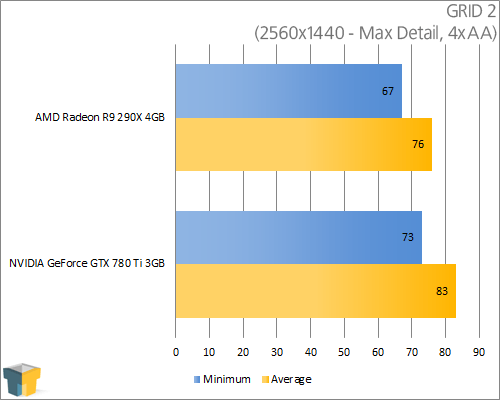 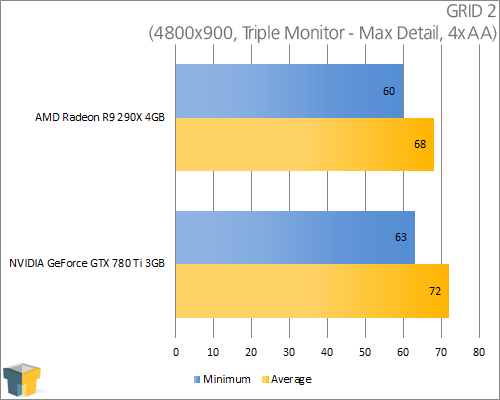 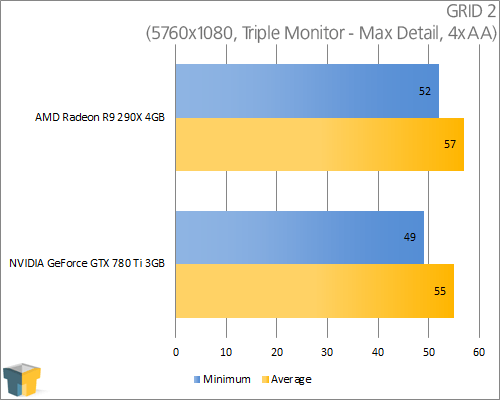