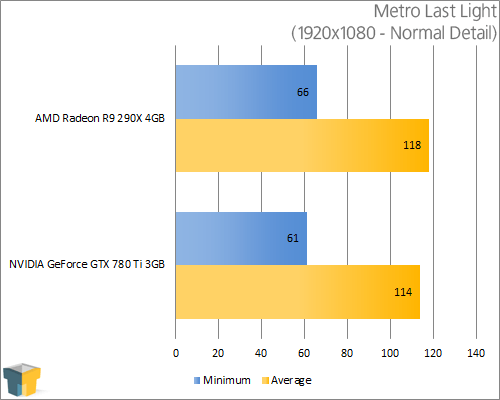 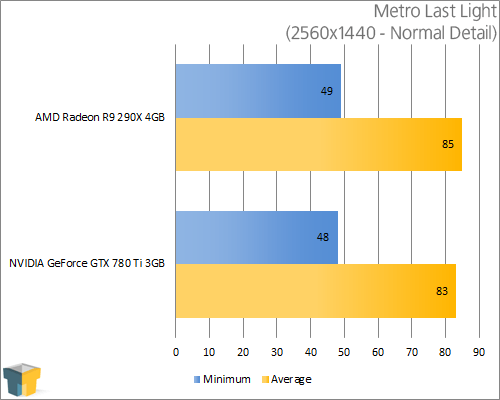 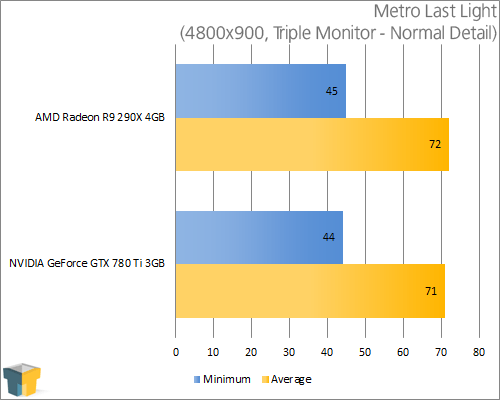 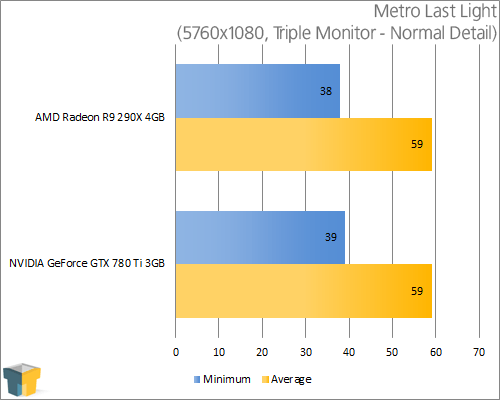 The performance similarities between these two cards in this title is almost eerie. We might as well call them exact. 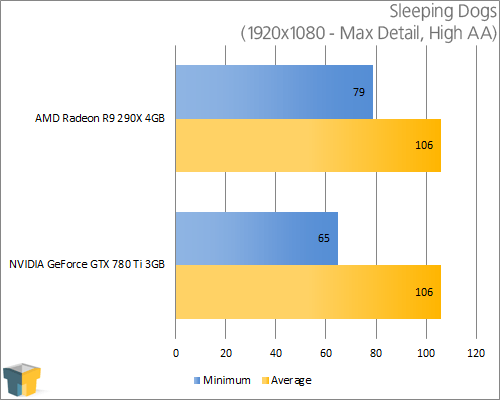 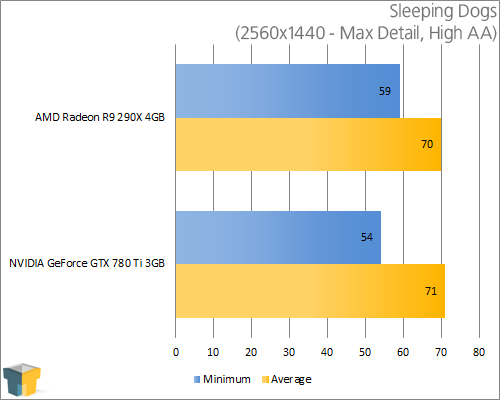 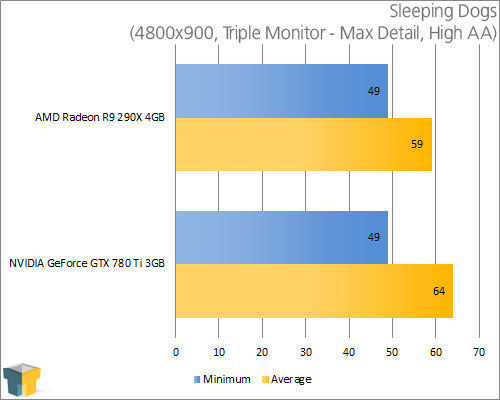 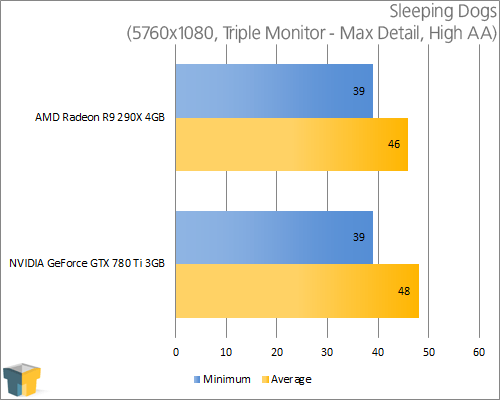 Despite being an AMD-targeted game, NVIDIA’s card performs very well here. And, it’s worth noting that a GeForce driver that came out after this testing was conducted promised a performance boost of “up to 18%” in this particular title.