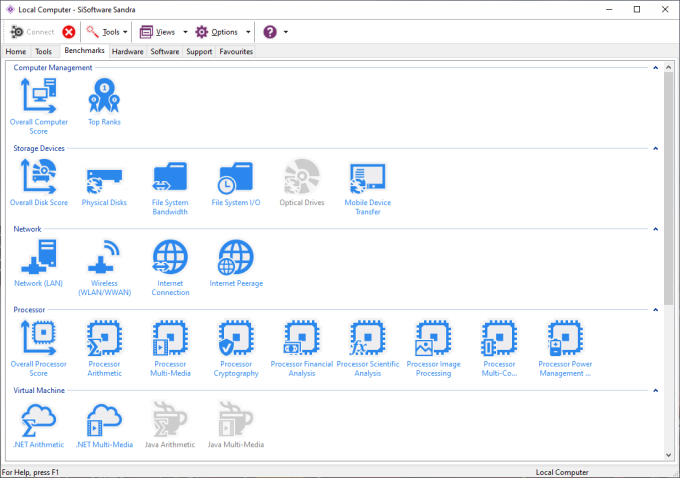 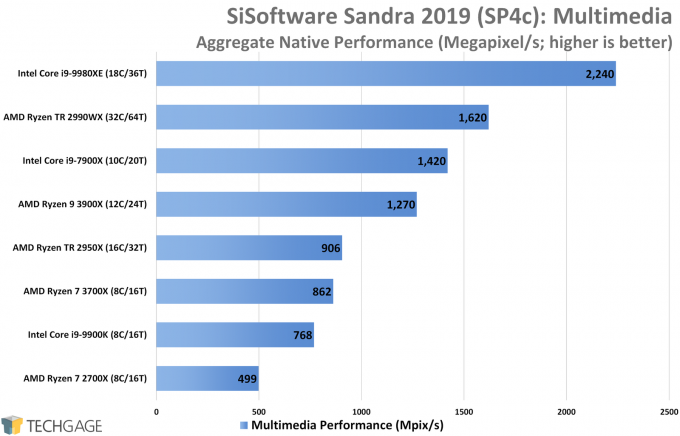 Do you happen to think that Intel has an advantage in multimedia? The 9980XE completely dominates this chart, leaping far ahead of the 2990WX. We’re seeing another case where the 12-core 2950X has danced ahead of the 2950X, with even the 3700X not falling too far behind.

That leads to another interesting comparison. While Intel easily leads the performance here at the top, its 8-core 9900K still somehow falls short of beating the 8-core 3700X. 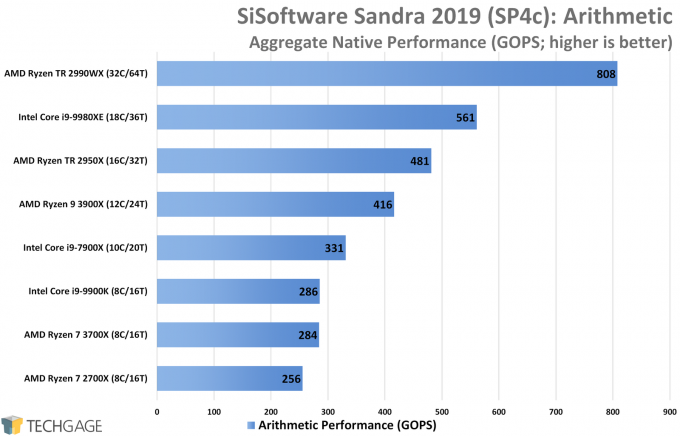 Math is hard, but bigger CPUs can sure help get complex work done quicker. AMD’s 2990WX performs exceptionally well here, giving us one of the most notable gains over Intel’s 9980XE. Meanwhile, this is one test where the 3900X didn’t completely skirt the performance of the bigger 2950X. As for 3700X, we again see nice gains over the previous generation – honestly better than expected. It again beat out the 9900K, which isn’t what we’d expect. 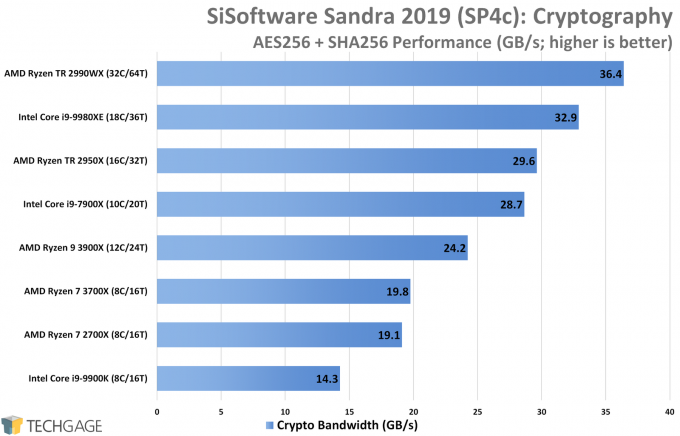 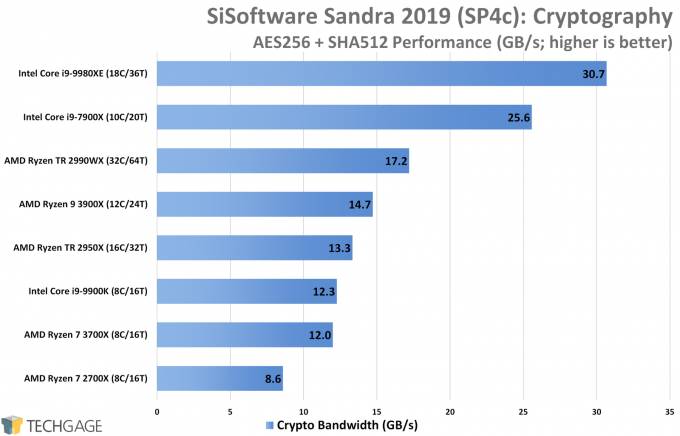 Sometimes, it’d be easy to take a scenario, run a single test, and call it a day. But when you change variables a little bit, it’s surprising exactly what can shake up. Take the 2990WX on top of the standard cryptography test, for example, a gain that plummets when SHA512 is introduced. Intel has its AVX-512 extensions to thank for its lead here. It’s not too hard to surmise that the 9900K doesn’t have that based on its positioning here.

AMD shows its own strengths with its new chips, giving us a result that sees the 3900X ahead of the 2950X. Architecture optimization can sure be a great thing! 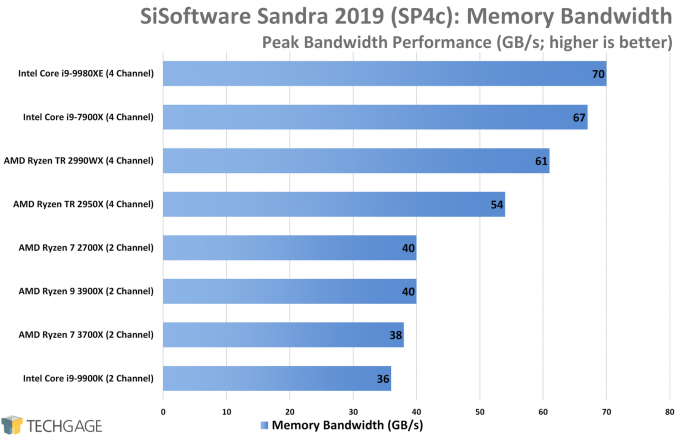 As touched on in our look at Linux performance, memory-hungry users are going to want to eye a 4-channel system, because achieving huge bandwidth is quite easy with it. Naturally, the 2950X doesn’t look quite as attractive now that the 3900X exists, so yet again, we really can’t wait to see what a third-gen Threadripper could be like.