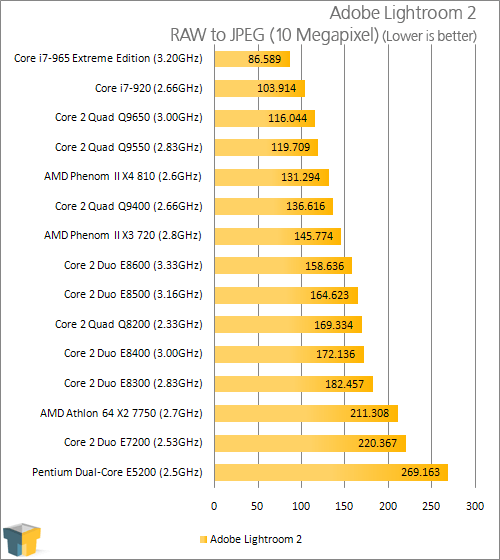 The results here are quite interesting, I must admit. Despite the fact that AMD’s X4 810 is slower than Intel’s Q9400, it managed to outpace it by a little more than five seconds. Both CPUs feature almost identical Cache structures as well, making this result even more noteworthy. The same applies to the X3 720 results, as it beat out every Intel Dual-Core and also the Quad-Core Q8200. 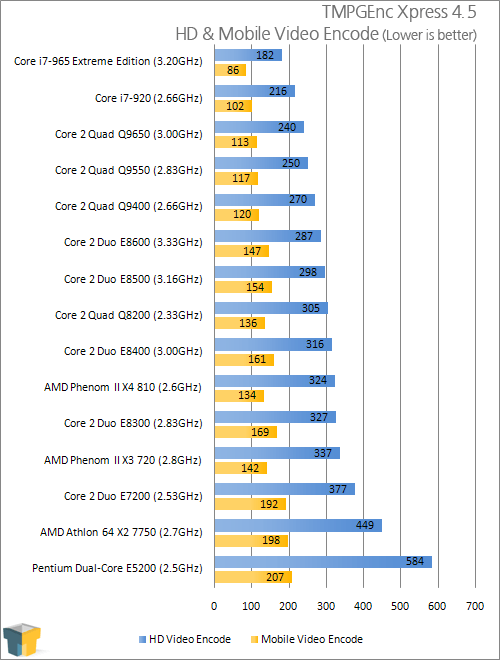 Before this test even ran, I knew what the results were going to be, and to be honest, half of the issue is the fault of our configuration, but it does prove what kind of a difference SSE4 can make against SSE2. We first found that out way back with our QX9650 review. Simply put, if an application utilizes SSE4, it will perform its tasks much faster on CPUs that also support it. Since adoption has been relatively low, this isn’t really a huge loss to AMD, but it’s still one that should be noted if you are a huge multi-media buff (as in encode/transcode, not playback).