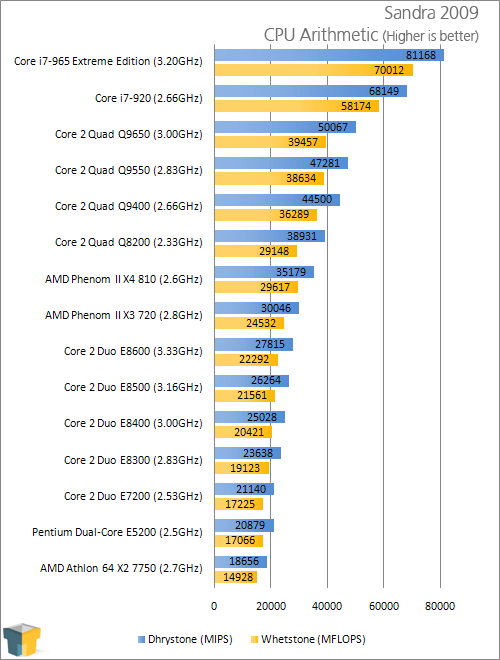 Like a few of our previous tests, this one in particular takes absolute full advantage of all the threads available, and also scales well with frequency. The results seen here are what we expected, with Intel having a slight lead overall. 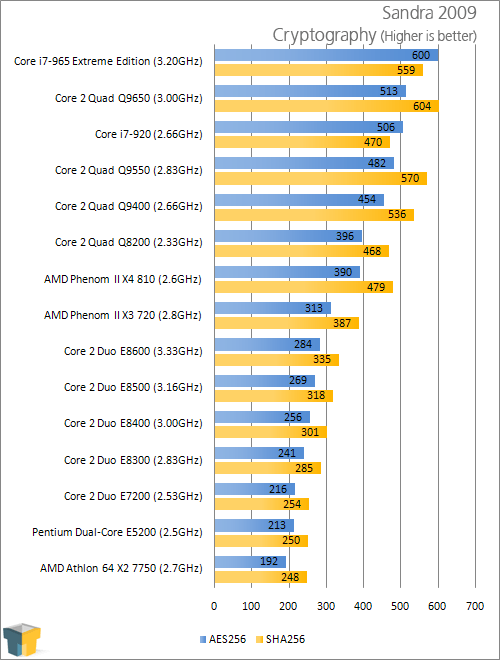 From a clock-to-clock perspective, AMD’s offerings perform a little under Intel’s, but the differences are small, so overall, this is quite nice to see. 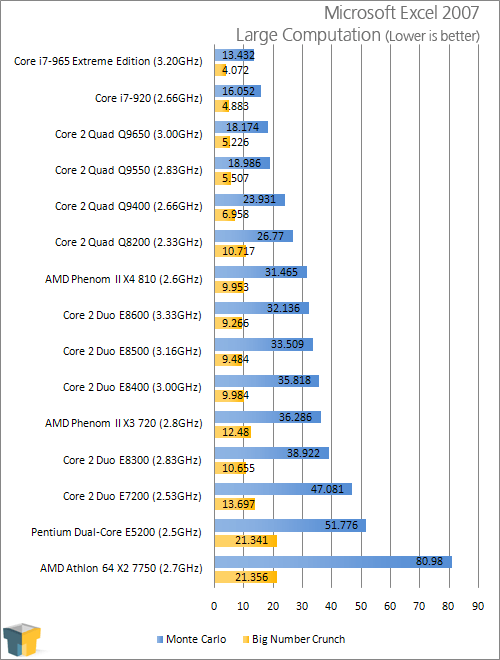 Continuing with the theme of the previous benchmark, we see a similar theme here. AMD’s processors perform well overall, but Intel’s superb math-handlers equate these problems a wee bit faster.