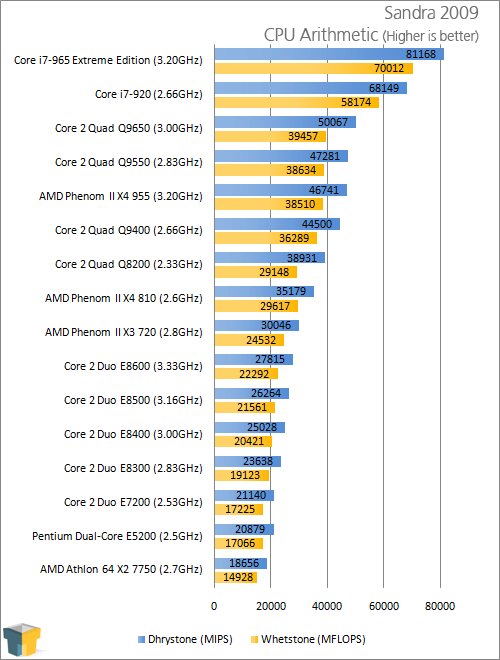 Flat-out math is another one of Intel’s strong-points, but here we see the 955 and Q9550 match up almost perfectly. If we’re basing things on a MHz scale, then Intel comes out a wee bit ahead. 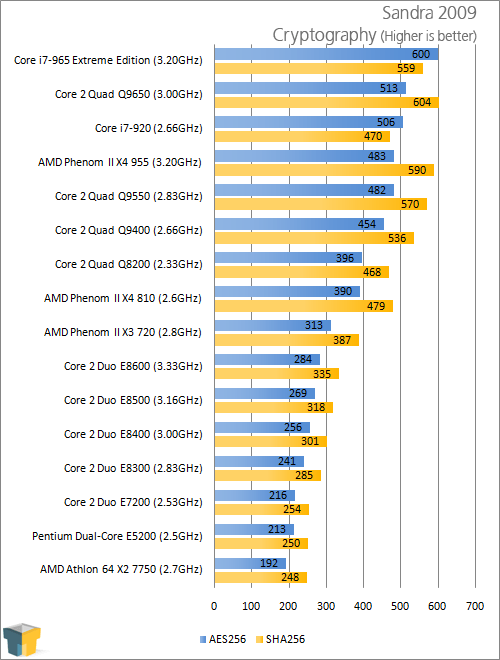 Clock-to-clock, AMD’s offerings again perform a little under Intel’s, but current dollar for dollar, AMD is the winner where the 955 is concerned. 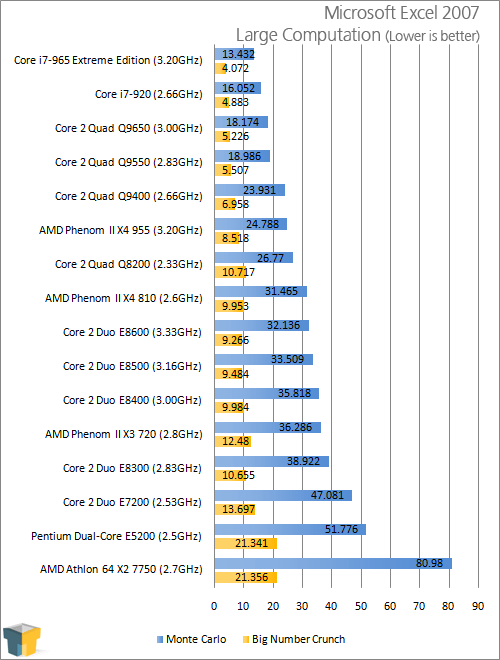 Here’s a good example of where Intel CPUs seem to thrive. The 955 falls quite behind the Q9550 here, which is surprising given the fairly on-par performance in the previous two tests.