Lost Planet 2, the latest arcade-like shooter from Capcom, brings “big” gameplay, DirectX 11 support, and a pretty world. Due to time, and the fact that I never plan to introduce this game into our regular testing, I opted to use the timedemo mode here, which stresses the DirectX 11 features. In particular, I chose the “B” mode. 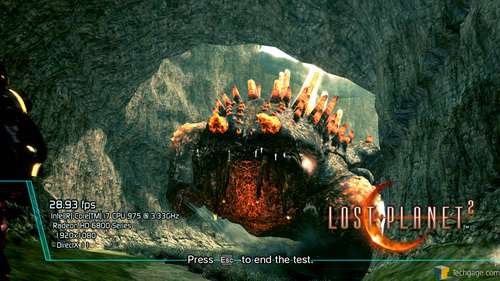 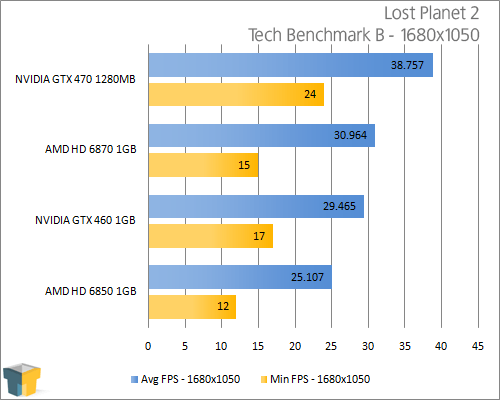 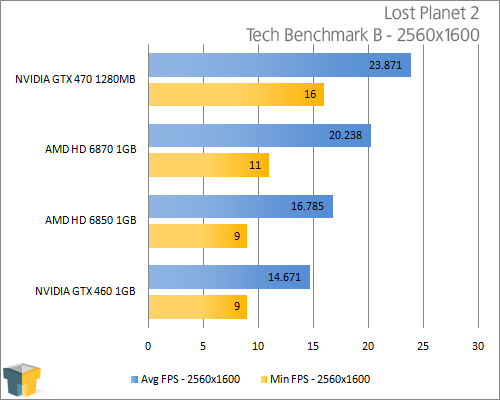 Being that this is an NVIDIA-influenced title, I had expected to see that company’s cards excel, and for the most part, they did. The differences aren’t major, but enough to give NVIDIA the obvious nod.

The latest entry to the Medal of Honor series came out last week, and if you’re interested in a purchase, I’d encourage you to read our review of it. For our testing, we used one of the best helicopter levels in the game, “Gunfighters”. Our benchmark begins immediately after the first cutscene. 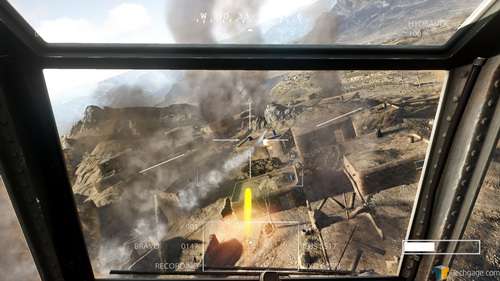 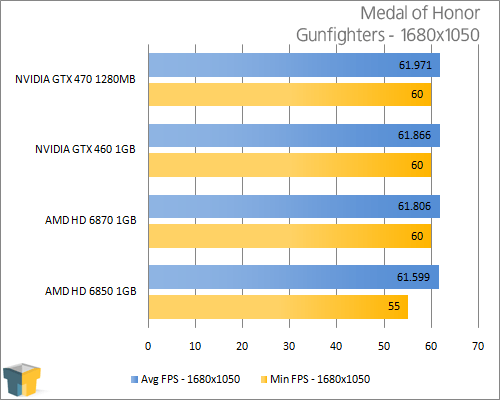 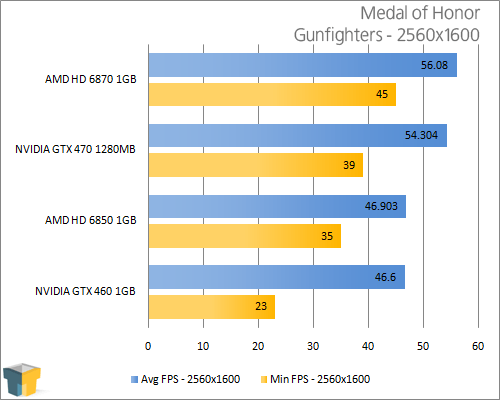 If you’re wondering why 1680×1050 seems to have a capped FPS, it’s because the game has a broken v-sync mode. Turned on, the FPS gets locked at 30. Turned off, they get locked at 62. Seems kind of bizarre, but that’s how it is. At 2560×1600, AMD performed better overall, but the differences can barely even be measured on paper.