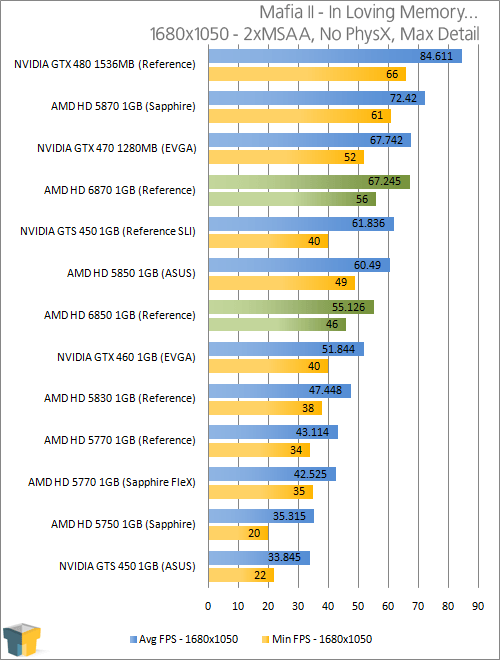 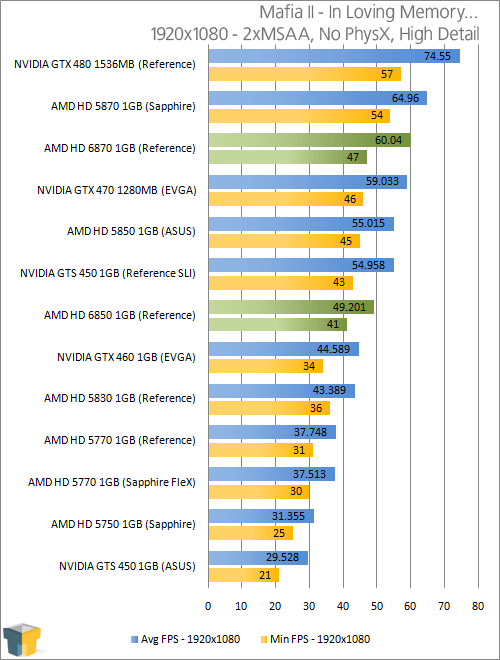 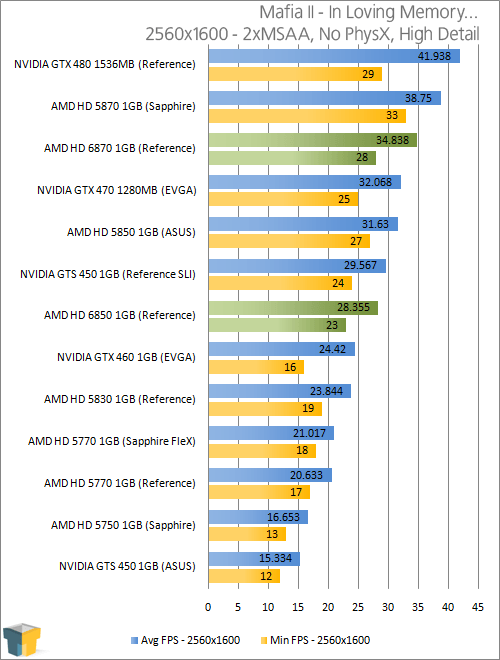 The results from AMD’s cards impressed me quite a bit here, because while Dirt 2 and Just Cause 2 seem to be more AMD-bound as mentioned, Mafia II has been the opposite. But here, both of AMD’s latest perform quite well, surpassing NVIDIA’s “equivalents” by just a tad.

The beefier card of the two, the HD 6870, could handle Mafia II at 2560×1600 with PhysX enabled to Medium, but for that, AA had to be disabled (it makes almost no difference in this game regardless). For the HD 6850, we used the same settings, except we also disabled PhysX entirely.