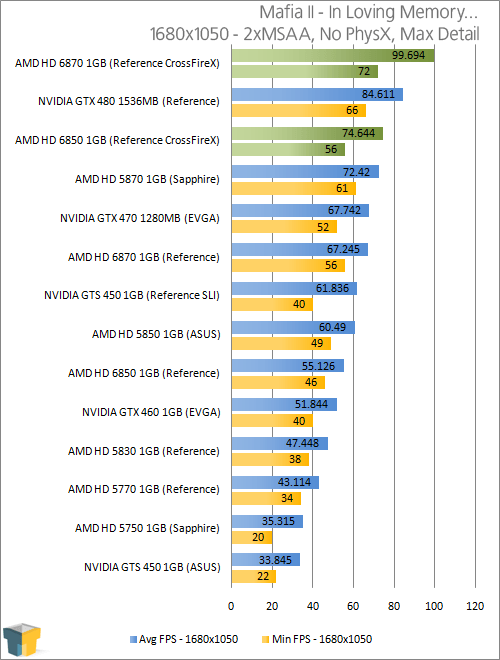 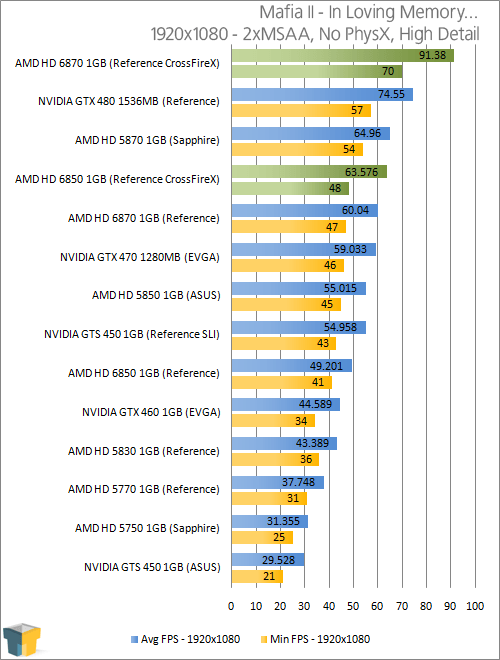 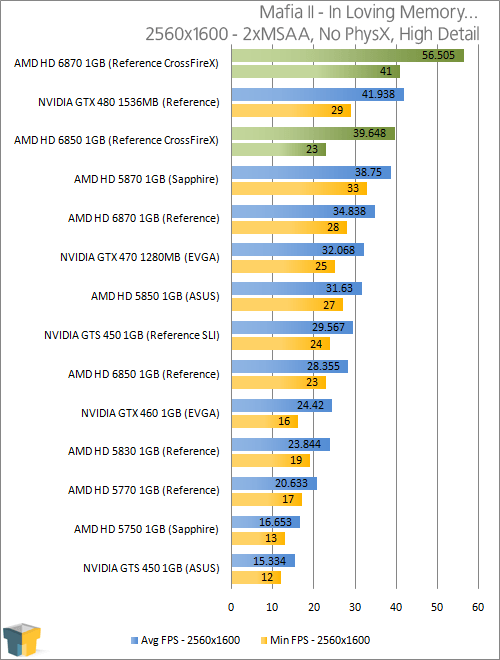 While Dirt 2 tends to be more Radeon-optimized, Mafia II is GeForce-optimized, and that’s proven here with the GTX 480 creeping up towards the top once again. It manages to surpass the CrossFireX’d HD 6850, but fell far behind the HD 6870 in the same configuration.

NVIDIA’s graphics cards might excel at PhysX acceleration, but thanks to the raw power delivered by AMD’s new cards in CrossFireX mode, we can actually max out the game entirely, including PhysX High. I kept AA disabled because the gained performance is more appreciated than non-noticeable smoothed lines.