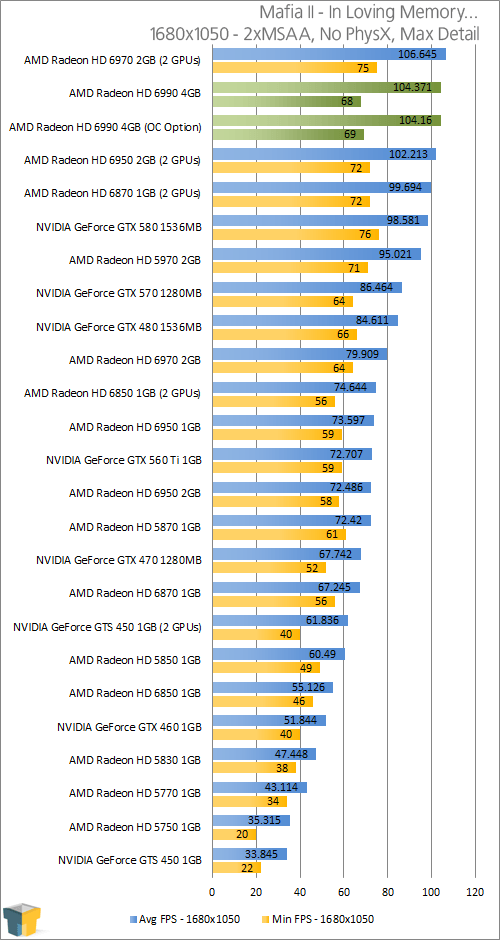 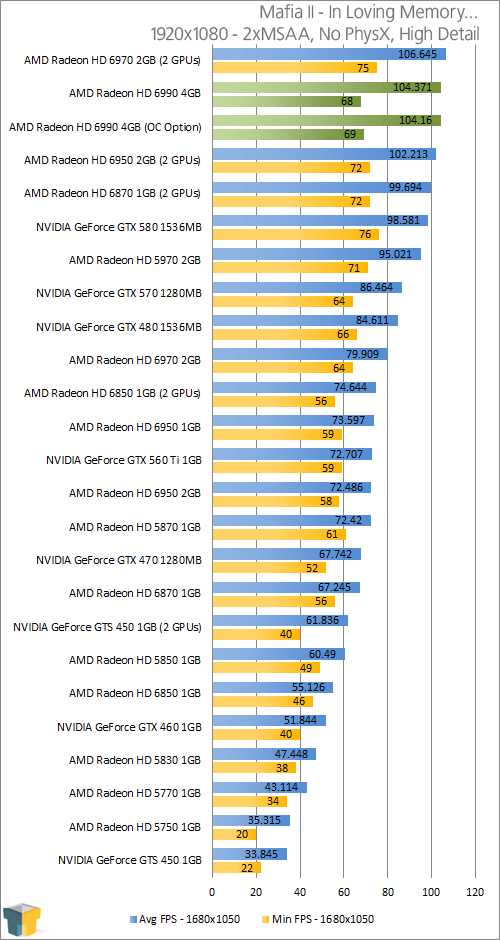 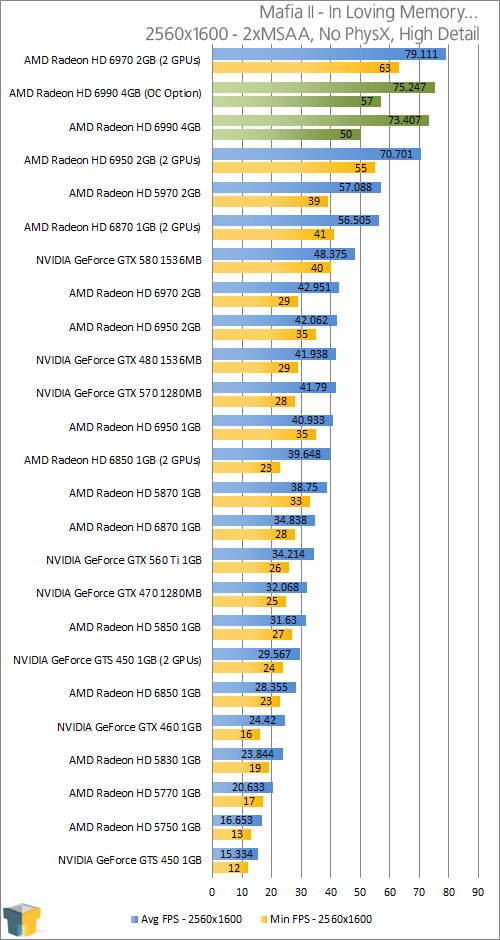 Across both our Dirt 2 and Just Cause 2 results, we’ve seen that in some cases, the CrossFireX’d HD 6970s could surpass the performance of a single HD 6990, and with Mafia II, that fact remained consistent. Except here, the delta wasn’t a mere 1 FPS, but rather 2~4 FPS when taking the pre-OC clocks into consideration.