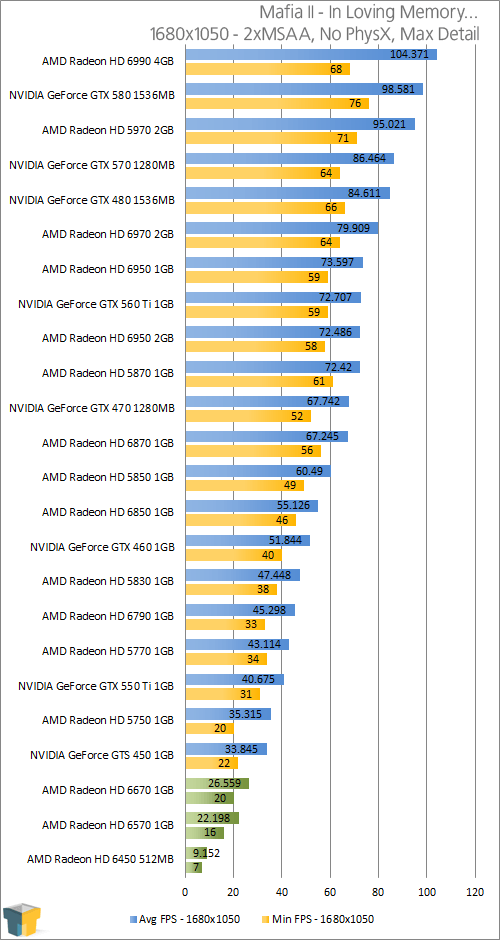 Similar to Just Cause 2, Mafia II wasn’t too playable on any of the cards, but oddly enough, the HD 6670 did come close. Despite what appears to be a brutal framerate, 26 FPS was actually rather playable, verified by my gamer brother.

Remarkably, the HD 6450 could handle the game just fine at 1680×1050 if all of the graphical detail was dropped as much as possible. The HD 6570 retained playability with medium detail, while the HD 6670 could handle high detail, with the alternate settings, such as AO and AA, turned off.