For about as long as the Linux kernel itself has existed, there’s been SUSE (pronounced: soo-sa). That’s no exaggeration, either. SUSE development began in 1992, a mere year after Linus Torvalds released the first bit of Linux kernel source code. Called S.u.S.E. at the time, 1.0 came to light in 1994, while the first “proper” release, 4.2, become available in 1996.

The reason that 4.2 was considered to be the first “proper” release is a bit varied, but it’s likely that the developer team simply saw it as being the first feature-complete version. It was the first to be sold in retail packaging, and also the first to feature YaST (Yet another Setup Tool). Also, unlike 1.0, 4.2 wasn’t merely a patch-applied version of Slackware, but rather a unique distro in its own right.

That’s not to say that 4.2 didn’t get a boost with an already-existing distro, though, because it did. That distro was “jurix”, and because its lead developer and the S.u.S.E. team worked so close together and fed off each other’s work, both could have been considered one and the same. As the tale goes, jurix’s developer, Florian La Roche, was brought over to the S.u.S.E. team to continue work on YaST.

Those were sure simpler times. There was no such thing as GNOME or KDE, so 4.2 came with XFree86 3.1, a simple X Window System similar to Windows 3.x. Things have sure changed since then! 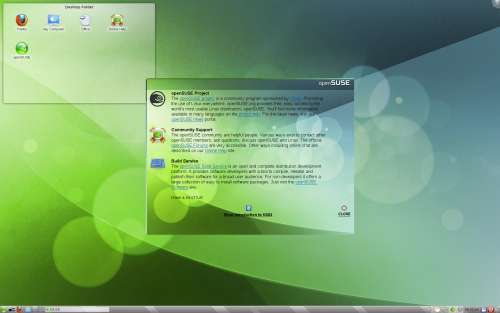 The first time I dabbled with SUSE (then called SuSE… no dots) was with its 7.3 release – about nine years ago. At that time, I was getting a bit fed up with the finicky Caldera OpenLinux 2.4 I had been using, and since SuSE also used KDE (I didn’t much care for GNOME back then, either), I decided it’d be worth checking out. I was sure glad I did, too, because compared to what I had been using, SuSE was like a breath of fresh air. It wasn’t perfect, but it was better, and made life a bit easier.

From then on, I continued to use SuSE as a full-time distro until 9.3, at which point I decided to keep things interesting and moved over to Gentoo, a distro that avails much more overarching control to the user. But later, I did check out 10.1, and also dabbled with SUSE Studio, but since 9.3, I really haven’t used SUSE to a great degree except to spend 10 or so minutes with it.

But to say that not much has happened since I stopped using the distro, or even since our last proper review in the summer of 2006, would be a wild understatement. In early 2004, Novell completed the purchase of SuSE for a cool $210 million, and though people were worried as to the future of the distro, I think by now all of those fears have been quelled. It seems like things are stronger than ever.

In late 2005, Novell decided to make things more “open”, and announced the openSUSE Project, a community-driven version of SUSE that would differ only slightly from its retail products (SUSE Enterprise Desktop and Server). Like most distros out there, openSUSE was to be free, includezz cutting-edge software and technologies, and also avail the user with great community support. None of these aspects seems to be amiss with today’s openSUSE. 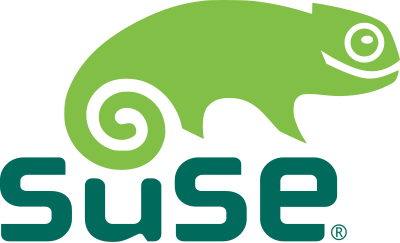 The problem, of course, with choosing a Linux distro today is that there are just so many to choose from. Who exactly could benefit from openSUSE? Well, here’s a quote directly from the project’s website:

“openSUSE is a free and Linux-based operating system for your PC, Laptop or Server. You can surf the web, manage your e-mails and photos, do office work, play videos or music and have a lot of fun!“

Judging by that, and previous experience, openSUSE is essentially designed for everyone, regardless of whether you plan to use it on a desktop, notebook, or server. The latest versions include a wide-range of up-to-date software and remain easy to use and configure, and also include good security software to help protect your digital goods.

Who wouldn’t openSUSE be for? Personally, I wouldn’t recommend it if you wanted ultimate control over your system, and I do mean “ultimate”, as in kernel hacking, but that’s about it. openSUSE is full-featured, and competes nicely with the likes of Ubuntu, Fedora, PCLinuxOS and others.

It’s been quite a while since I’ve done a proper “review” of a Linux distro, so for this one, I decided to figure out a different way of doing things. I came to the conclusion that the only real way to properly understand the perks and downsides to a distro is to install it and use it, so that’s what I’ve done with openSUSE 11.3. The goal is to use it for as long as it takes to gain a proper understanding of that particular distro, and its nuances, which in this case was about a week.

Before we continue though, I should mention just what it is that 11.3 brings to the table. According to the press release, the latest version introduces SpiderOak support along with a new audio editor, Rosegarden. Indexing has also been improved with the help of Tracker, and as you’d expect, the latest versions of many popular applications are here, including KDE 4.4.4 and GNOME 2.30 (there’s also a 3.0 preview available), along with the 2.6.34 Linux kernel.

That all said, read on as we tackle the installation process (which could not be easier or more robust), and then we’ll take a look at other aspects of the distro. Since this is our first distro review in a while, we welcome comments and suggestions in our related forum thread. If we missed mention of something you’d wish we didn’t, please don’t hesitate to bring it to our attention and we’ll be sure to include such information in future articles.